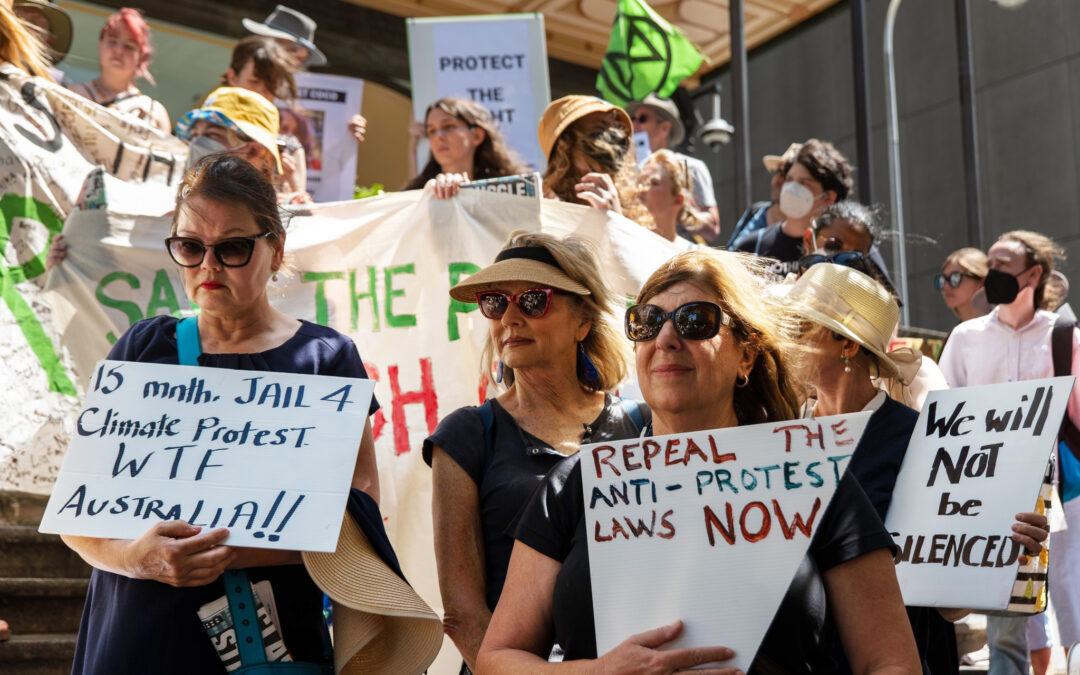 On 13 April, 2022, an Australian climate activist Deanna ‘Violet’ Coco blocked a lane on the Sydney Harbour bridge for 28 minutes as a part of the protest drawing attention towards climate change.

She was recently sentenced to 15 months in jail, convicted under controversial new NSW anti-protest laws.

Ms Coco is the first person to be sentenced under these laws. The sentencing led to protests in support of Coco by several climate activists both internationally and in Australia.

“Blocking the roads and train lines etc are acts of protests where people are exercising their rights to freedom of political speech,” Amnesty International human rights activist Maneesha Todd said.

Climate activists have questioned the purpose of the new laws in a democracy, while NSW Premier Dominick Perrottet said he was pleased with the arrest of disruptive climate activists.

Video: Climate Activist Deanna ‘Violet’ Coco has been sentenced to 15 months of jail under controversial new #nsw anti-protest laws. The sentencing has led to protests by #climateactivist and #humanrights activists in Australia and internationally. Kashantu Kaul interviewed human rights and climate activists, diplomats, and academics on the issue to explore their views on the issue.