Thrift-shopping: The future of fashion 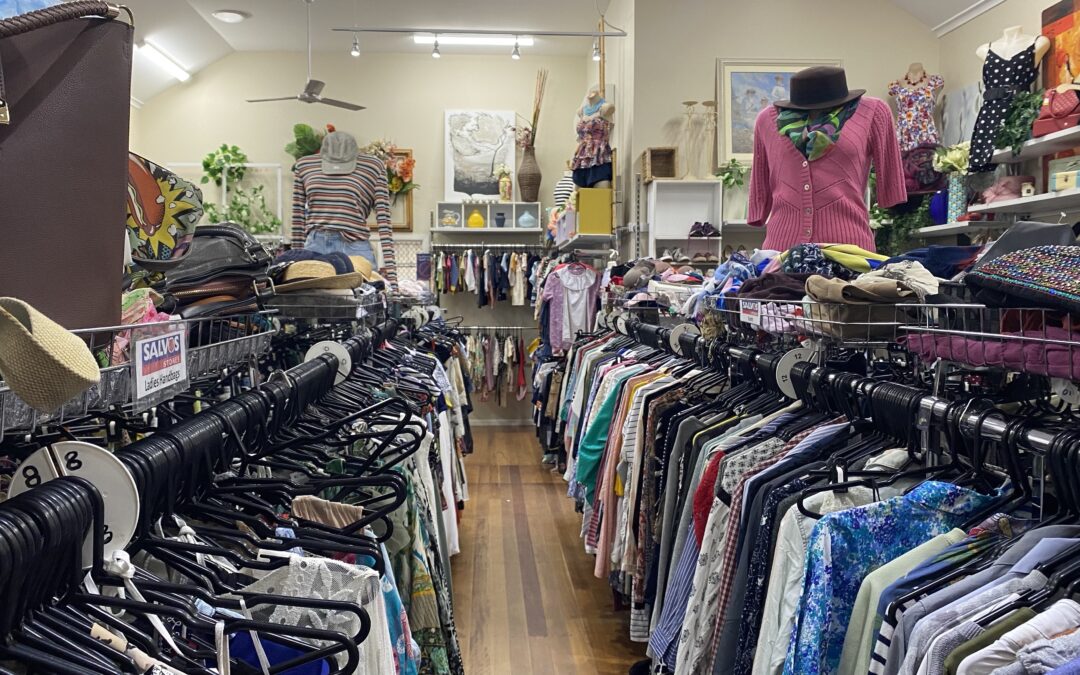 While rapper Macklemore and Gen Z have romanticised thrift-shopping as ‘trendy’, its true worth is hidden in its impact on the environment and clothing sweatshops.

When you walk into a thrift store, do you turn your nose up at the smell of musty clothing and dusty antiques, or do you venture through the isles of vintage apparel with anticipation? Are you overwhelmed by the knick-knacks about to fall off the crowded shelves, or do you soak in the atmosphere as you hunt for hidden treasure?

For many, thrifting has become an art, a lifestyle, an attitude. Despite being weighted by a stigma of lower socioeconomic class and stale stench, many say second hand goods are a pathway to solving issues concerning society and the environment.

Fashion is the third largest contributor to the earth’s pollution, according to The World Economic Forum’s 2021 report. Like recycling waste at home, purchasing clothing and homewares from second hand stores is an individual’s choice that can impact sweatshops and climate change.

A thrift store sells a range of goods donated by people and valued at low prices allowing those living below the poverty line to access the same apparel found in mainstream stores.

Stick it to the Stigma

Manager of the University of Wollongong’s Green Connect Op-Shop Emma Baselier remembers when she op-shopped for a bridesmaid dress, challenging the stigma that all op-shop apparel is of low quality.

On her dress-hunt, Ms Baselier first looked in a Salvation Army store. There, she spotted a gown with a style and colour that suited. To top it off, the dress still had its tags on.

“Everything about it was perfect,” Ms Baselier says.

“I guess there’s still a bit of that stigma that floats around. Some customers that come in here don’t realise we’re a second-hand store.

“Sometimes they’ll have this look of horror and leave quickly, but it’s very rare.”

According to an Thred Up’s Annual Resale Report, almost 50% of Millennials and Gen Z are spending more money on second hand goods compared to 2017.

“When I was a kid, we grew up really poor and my dad used to make us go to op shops. Back then there definitely was a stigma, and the smell used to make me cry when we went there,” Mr Servine says.

“But it’s changed. Younger generations are becoming more aware of where things are coming from and so they’re purposefully trying to avoid big brand stores.”

Opposite to second-hand is the fast fashion industry, where apparel is rapidly manufactured from typically non-Western countries in response to the latest fashion trends.

The fundamental cog in this mass-production machine is the abuse of human rights in sweatshops in some countries across Asia, central and south America, and eastern Europe, where child labour, inhumane conditions and sexual abuse is a daily occurance, according to studies by The World Counts.

In 2022, hundreds of brands including Adidas, Nike, H&M, Shein, GAP, ASOS and Victoria’s Secret continue to profit from this exploitation. The minimum wage for workers in Bangladesh is $145 (AUS) per month, however according to The World Counts, many workers are paid $50 per month, despite working for up to 16 hours per day.

Mr Servine says he stopped purchasing from unethical companies after researching and talking to former labourers who worked in the harsh conditions.

“I was involved in a protest in the US and they brought people who worked in sweatshops to talk and it was horrifying,” he says.

“After you learn stuff like that, why would you support a system that does that?”

Mr Servine listened to stories of workers sleeping underneath their work benches and employers giving them ‘vitamins’ that were later found to be amphetamine (also known as ‘speed’), so that they would work harder and faster. Some villages in Columbia were even destroyed so that factories could open.

According to Thred Up’s report, 20% of respondents feel pressure to participate in the latest fashion trends, with 43% admitting they feel guilty when purchasing and wearing fast fashion apparel.

The Joy of Thrifting

According to United Nations Climate Change News, 10% of global greenhouse gas emissions are produced by fashion.

Many ‘thrifters’ have an innate pride in their lifestyle, as second-hand shopping is a way to be a modern consumer while also “being kind to the earth.”

Wollongong organiser of a mass clothing swap Shane Moon says she reduces her apparel waste by trading clothes with others.

“When you donate to an op-shop, in some people’s minds, it’s about throwing it out,” she says.

“The [clothing] swap is this kind of in-between, this additional chance of it being loved by somebody else.

“It gives you more freedom to express yourself and not succumb to the whole ‘what’s the latest sparkliest thing in the shops’ sort of vibe.”

Thred Up’s report shows 50% of respondents discarded unwanted apparel in 2021, with this number expected to grow.

A 2021 report also shows that the Charitable Reuse and Recycling Sector diverted 310,316 tonnes of apparel from landfill, consequently decreasing carbon emissions across the supply chains by 66%.

Mrs Baselier believes second-hand shopping is the future of fashion.

“People need to come around to the idea of op-shopping, because it is the most sustainable way of living. In the next couple of years, we’re not going to have any other choice,” Ms Baselier says.

“If we just have that mindset-shift that it’s not a dirty thing, op-shopping can be a really joyful experience.

“Once you learn a few tips and tricks, you’re just going to fall in love with it.”

In the same way people learned to recycle household waste on a daily basis, Mrs Baselier is encouraging everyone to take a deep, dusty-filled breath and join the thrift-shopping community in a bid to save the planet from climate change and workers in third world countries from the harsh conditions of clothing sweatshops.