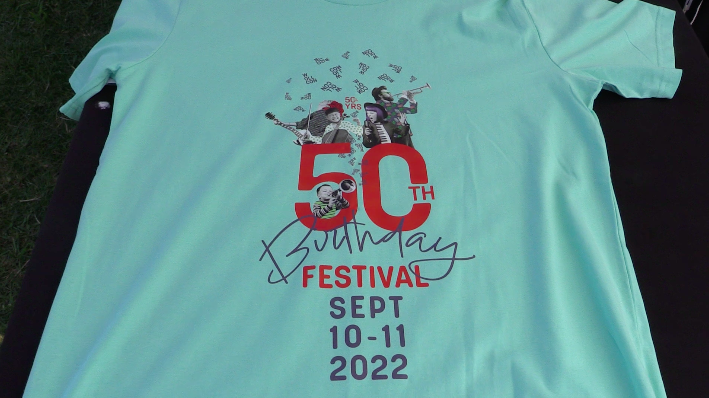 The Wollongong Conservatorium of Music has celebrated 50 years of music education in the Illawarra, with a free music festival in the surrounding Botanic Garden.

The music celebration showcased both staff and student orchestras, choirs and bands, along with headlining guests DOBBY and the Hot Potato Band.

WollCon chief executive officer, David Francis said 50 years is something the Conservatorium and the community should celebrate.

“It’s really important that we celebrate this milestone because the Conservatorium is 50 years old and that means there are multiple generations of people who have been here to learn music,” Mr Francis said.

“It’s an absolutely integral part of the community and of this region’s cultural life, because the Conservatorium is not just about music education.

“We provide a complete spectrum of musical experiences and a chance for life long learning.”

The festival stage was centred in front of Gleniffer Brae house, surrounded by a crowd of picnics and food trucks.

“We find that our community choir is very popular with people, it gives them a chance to express and lift their own voices in song,” Ms Delaney-Brown said.

“Slice of Heaven is just the perfect song for that kind of thing, everyone can learn it quickly and it sounds great in a simple two part harmony.”

WollCon’s Head of Composition John Spence created a celebratory work for the organisation’s birthday which had a world premier performance by the entire staff cohort.

The festival closed with a ceremony of speeches from David Francis, chair of the board Nicky Sloane and Wollongong Lord Mayor Gordon Bradbery, who accepted a tree to be planted on behalf of the Conservatorium.

Approximately 1200 people attended the festival over the course of the weekend.

“We’re so happy to see so many families out,” Ms Delaney-Brown said.

“We’ve had a lovely consistent stream of people coming in and enjoying the musical offerings and having their picnic lunch and then going home hopefully uplifted!”

More performances are planned for December in the Wollongong Town Hall, with a finale concert that will bring the birthday celebrations to a close.