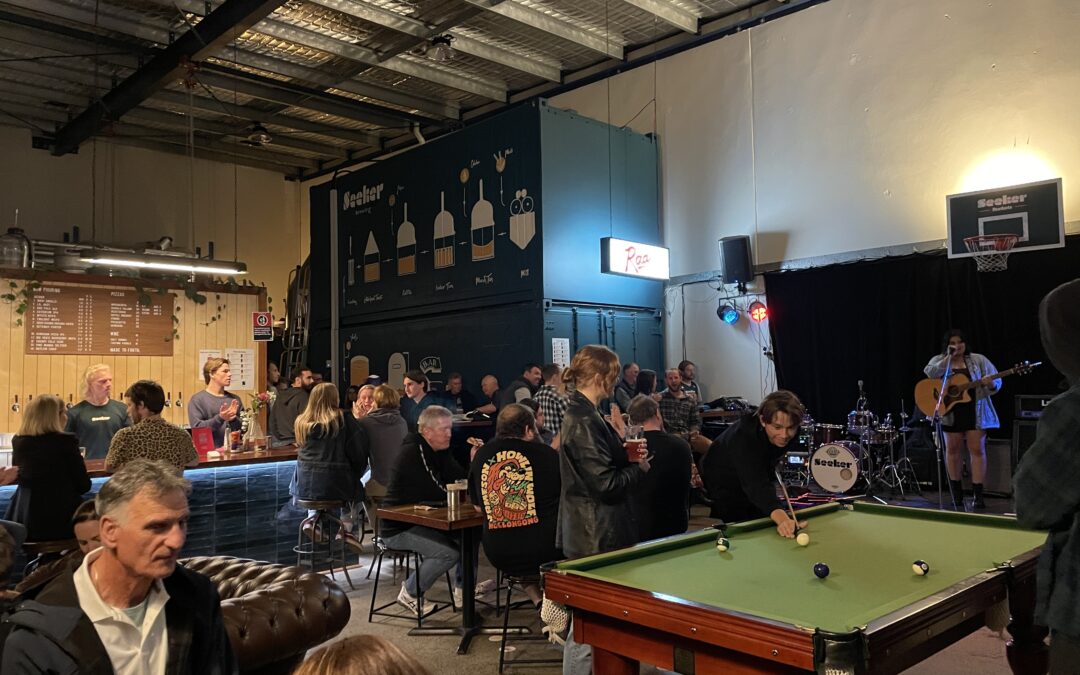 A Wollongong brewery has hosted a memorial tribute in honour of one of its most loyal customers Brent Kelly, known as Big Red, on what would have been his birthday.

Mr Kelly died three weeks ago at the age of 37.

Dozens of people attended Seeker Brewing in Unanderra, which was supposed to be the venue for his birthday party celebrations, instead friends and family gathered to remember his life.

Seeker Brewing team member Curtis Argent, 29, said that employees wanted the event to go ahead in remembrance to Big Red, as he had been part of the brewery’s extended family.

“It’s a good opportunity for people to come and share some stories and celebrate the awesome guy he was, he was larger than life and so inspiring to us in so many ways,” Mr Argent said.

Big Red’s close relationship with Seeker Brewing blossomed in July after they made him his own specialty beer.

“He started coming in more just to hang out, he’d sit here in his chair and welcome everyone to the brewery… one thing led to another, and he started joking about deserving his own beer,” Mr Argent said.

“The second batch was in the tanks when he passed.”

Big Red had become an increasingly recognised face in the Illawarra since his car accident in 2002 where he sustained a brain injury. In recent years he was known to be a passionate environmentalist and had earned the name ‘guerilla gardener,’ following a dispute with Wollongong City Council about his persistent planting of native trees without permission. Big Red was also a volunteer for many community groups and an avid supporter of local bands.

Lead vocalist of indie pop band Pirra, Jessie Beck, 38, was invited by Big Red to play at his birthday party and said that it was an honour to perform at his tribute.

“He always remembered to tell me and the rest of the band that he loved us, and we always told him we loved him back.

“To hold an event at his favourite brewery with live music, it really is the perfect celebration of his life.”

The birthday party was originally a ticketed event, however following Big Red’s death, Seeker Brewing refunded patrons, and declared on free entry, with 10% of profits to be donated to a disability support charity chosen by Big Red’s mother.