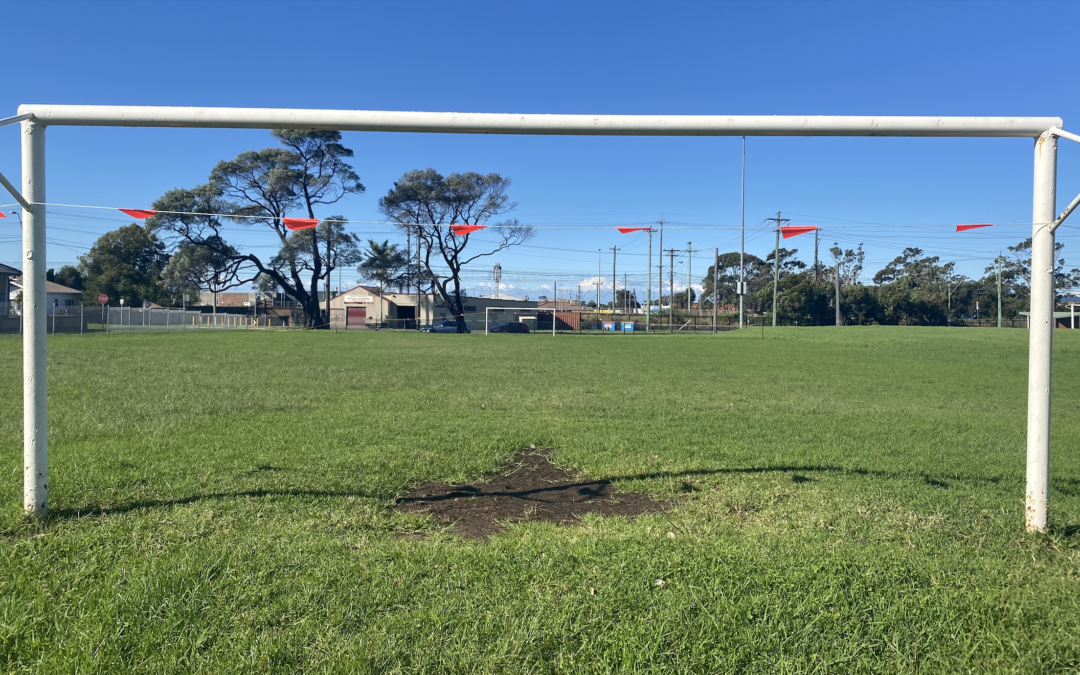 Rain in the Illawarra is leaving football fields in bad condition and local football teams have called on local councils to improve the facilities.

The campaign was launched on the SJFC Facebook group, where the club stated, “ … with the current wet weather we’ve been experiencing as well of the demands placed on our pitches during extended dry periods, the Shellharbour LGA is in desperate need of multiple synthetic pitches for our large and ever-growing local football community.”

The Shell Cove FC has thrown its weight behind the campaign. Club secretary Kris Kojoski, said public support is needed for the campaign to succeed.

“It’s just a matter of talking to council and pushing it through that way. And I guess the more numbers we have behind it and the more people we have behind it in the area, hopefully it gets to more synthetic pitches and not just one for the whole Illawarra region,” he said.

“The JJ Kelly number two field that we train on, that’s been unable to be trained on since approximately March and the grass is now so tall that the water has not subsided,” he said.

“The council can’t get machinery on there and its become a real catch 22 situation where we can’t train on there because of that.”

Karayiannis said many teams have been unable to compete this season. He said teams would expect to have played 12 games by this stage of the season and most had only played twice.

RadioU UOW · Campaign for more synthetic fields in the Illawarra