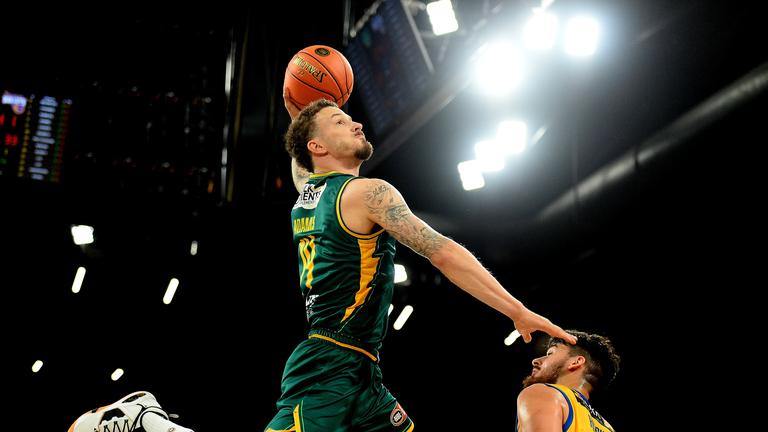 The Tasmania JackJumpers have defied expectations to make the NBL grand final in their inaugural year.

In a fairytale run NBL fans did not see coming, the JackJumpers will face the Sydney Kings this Friday night in the first of the five-game grand final series. The team is the second team in NBL history to make the finals in their first season, after the Gold Coast Blaze in 2008.

Win Percentage % in each NBL Team’s first season by UOWTV

In comparison, the Sydney Kings who face the Jumpers on Friday, have a win percentage of .679 in the 2021-22 season.

The Kings recorded 19 wins and nine losses over 28 games.

The fairytale season for the Jumpers doesn’t end there,  as to get into the grand final, they had to defeat defending champions Melbourne United in the semi-finals.

In what many thought would be a blowout United win, the Jumpers forced a deciding third game, and pulled out a 76-73-point win in front of a sold-out crowd in Hobart.

NBL and NBA fan Alex Djukic was very shocked and impressed by the Jackjumpers’ first-year results.

“If you look at the last expansion team in the NBA (Charlotte Hornets), they had a record of 20-64 which is what you typically expect from an expansion team,” he said.

“So to pull off that win percentage is nothing less than impressive, especially when all the other NBL teams have had a longer time to work out their identity and chemistry. For the JackJumpers to make such an impact in seven months is incredible.”