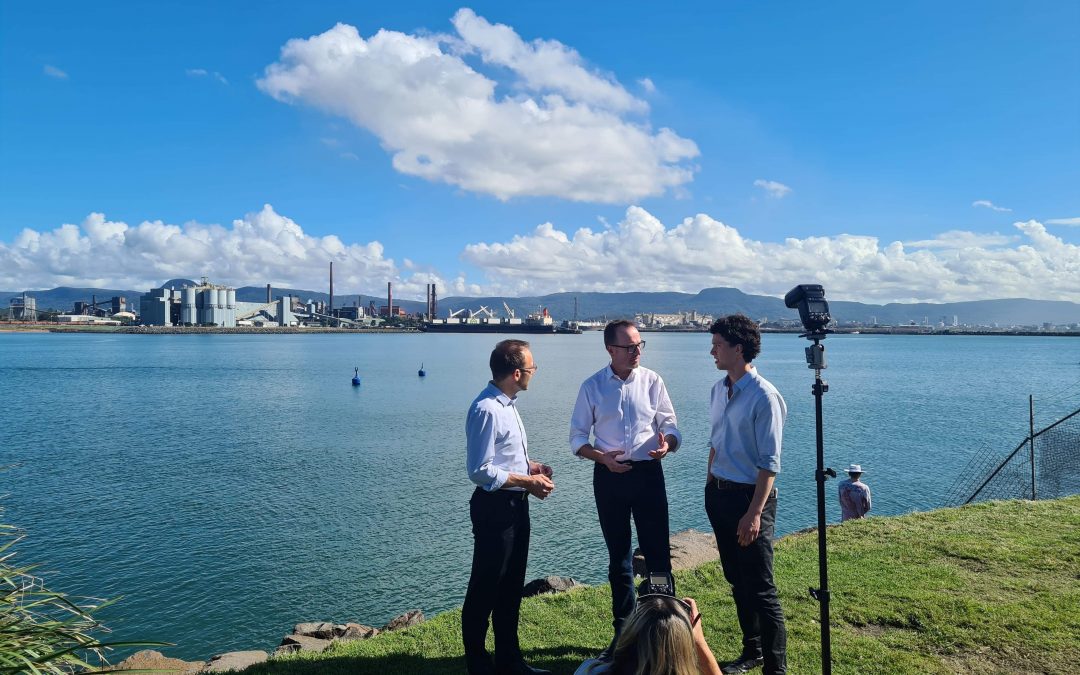 Greens leader Adam Bandt was in Wollongong today to launch the party’s clean green steel policy. He said the UAP university student fee policy was an imitation of the Greens’ agenda, but he said UAP leader Clive Palmer would not like how the Greens’ proposed to pay for the policy.

With the Port Kembla steelworks as his background, Mr Bandt said the Greens’ policies on student debt, healthcare and climate change were focused on equity and would not leave anyone behind.

“Clive Palmer might be going around looking at other parties’ websites and picking up policies they have announced.” Mr Bandt said.

“I guess imitation is the sincerest form of flattery.”

The Greens announced $500 million to fast-track research into green steel which would enable the industry to move away from coal.  Mr Bandt said the Illawarra steel industry would continue to thrive in a post-coal world.