What we know about climate action promises on eve fed election 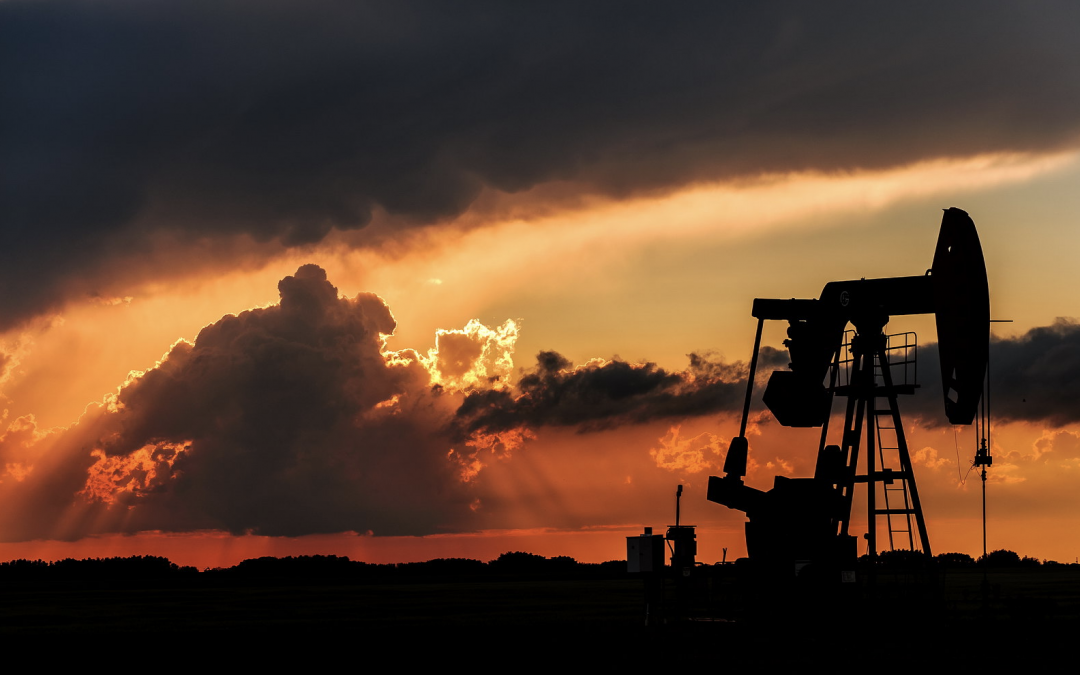 Do you care about urgent climate change action and policy but don’t know which candidate to vote for in the upcoming federal election? Is it your first time voting and you don’t know the candidates views on major climate policies and issues, or their funding promises? Well, here’s what we know so far about the climate action investments and commitments of our major political parties. 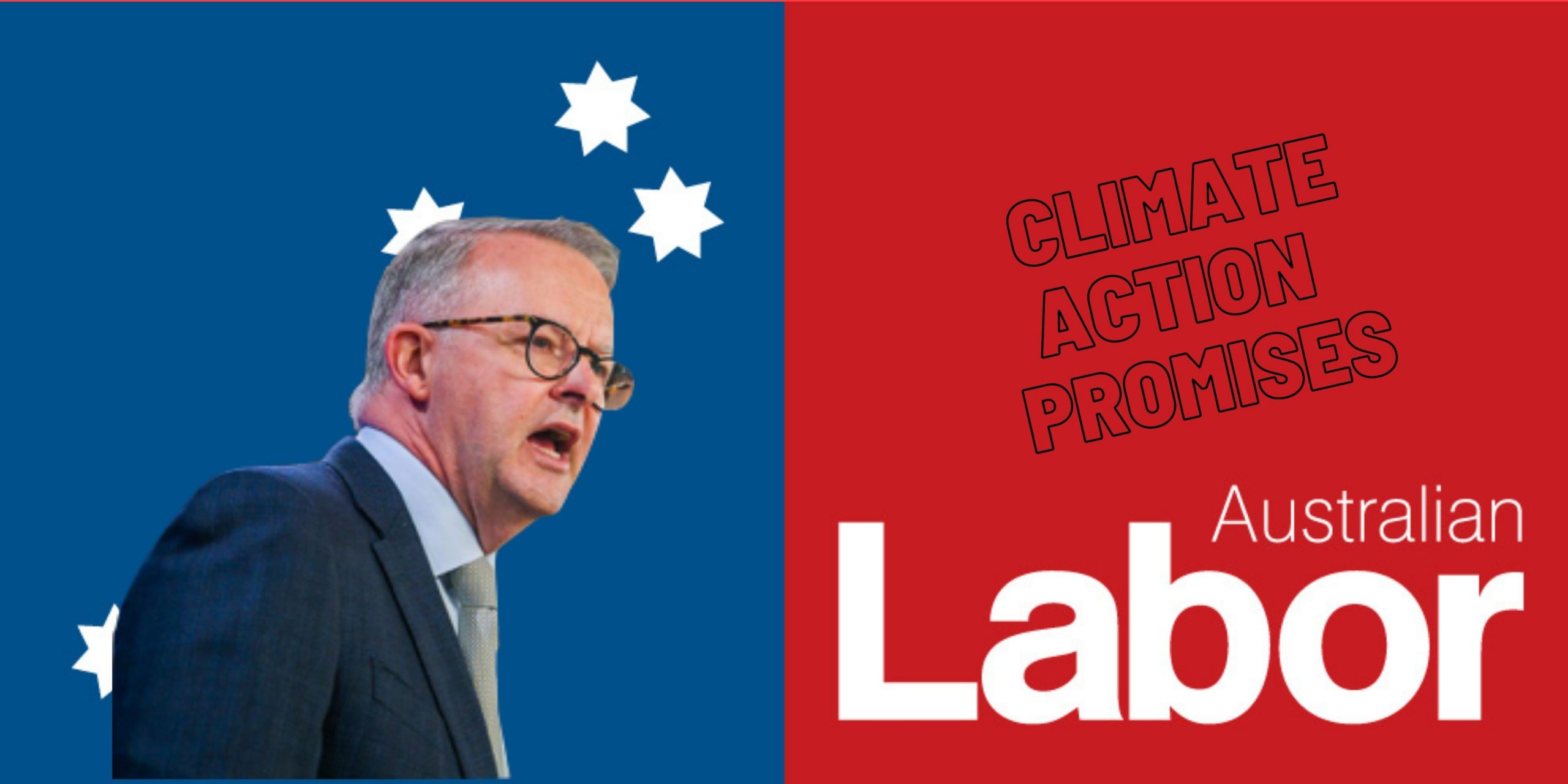 Anthony Albanese is the leader of the Australian Labor Party, and Member for Grayndler.

Labor has said it will “commit to a suite of environmental policies,” approaching the election, and will have more to say in the coming weeks. But for now, here is what we know about the ALP’s plan for climate action:

Greenhouse gas emission and clean energy policy:
The ALP has promised to set targets of reducing greenhouse gas emissions by 43 per cent by 2030 and reaching net-zero by 2050.
• The Labor Party has pledged to reduce Australia’s greenhouse gas emissions by 43% by 2030.
• Labor says the policy would create 604,000 jobs, and spur $76 billion of investment.
• They will allocate up to $3 billion from Labor’s National Reconstruction Fund to invest in green metals (steel, alumina and aluminium); clean energy component manufacturing; hydrogen electrolysers and fuel switching; agricultural methane reduction and waste reduction.

Great Barrier Reef funding:
• Labor’s promise includes $85 million for coral reef resilience and land restoration projects.
• Labor will commit to $15 million in funding for the Coastal Marine Ecosystems Research Centre at CQ University so that CQU can secure the Centre for Marine Ecosystems Research site on Gladstones marina.
• They will fund an additional $63 million for the Reef 2050 program.

Urban rivers and catchments support:
• The $200 million investment in ‘Restore Urban Rivers and Catchments’, will work with community groups to fix up our local waterways, restore habitat, and create recreational spaces for local communities.
• The plan will protect species such as; the Regent Honeyeater, the Curlew Sandpiper, the Koala, the Loggerhead Turtle, and a plethora of frog species.
• This includes grants for community groups, and local and state governments to fund the projects to improve water quality, create wetlands to slow water flow and filter stormwater; and for revegetation and tree planting. 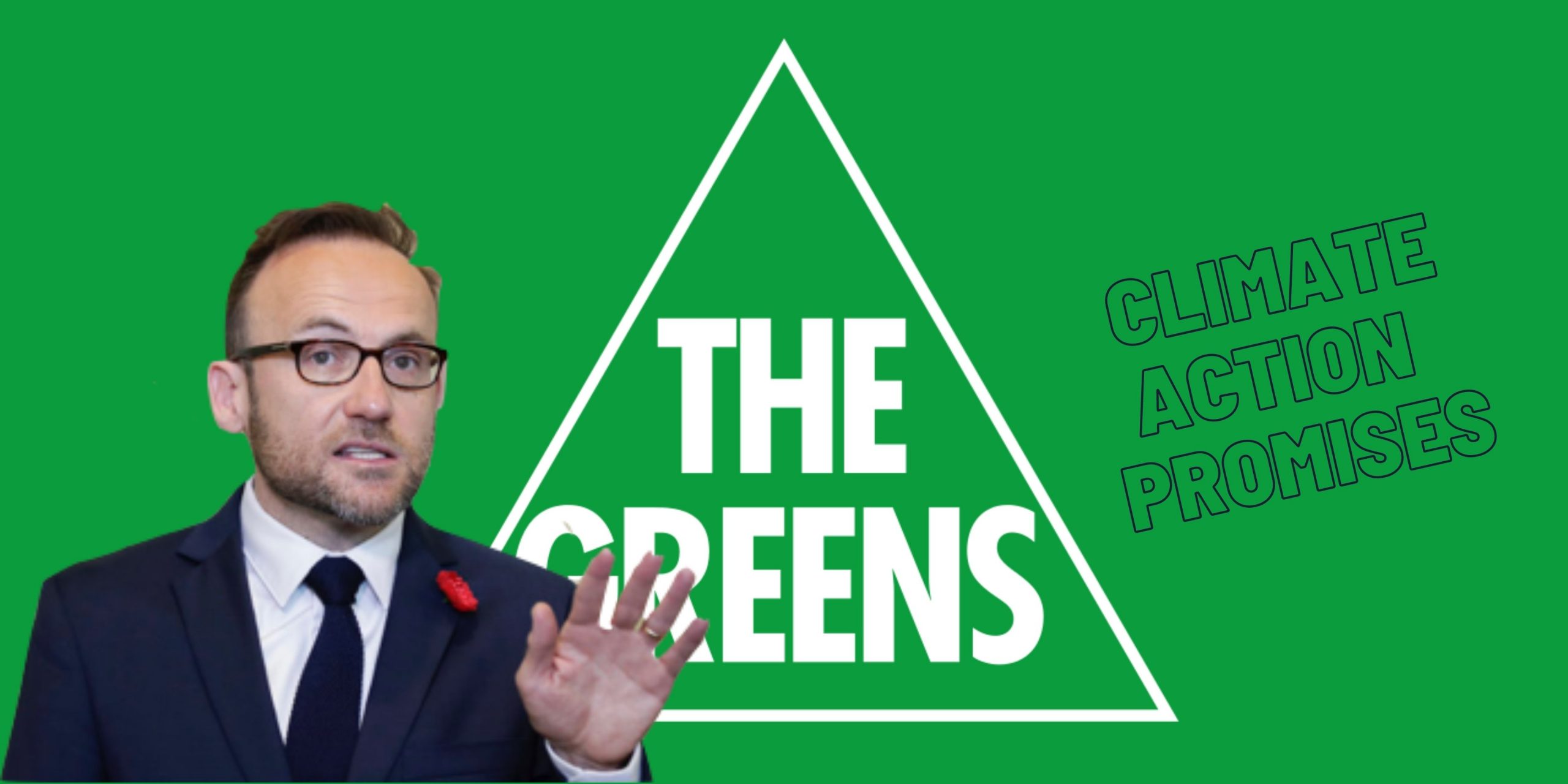 Adam Bandt, Member for Melbourne, is the Australian Greens leader.

The Greens say urgent action is needed, but has been delayed by the Labor Party and the Liberal-National coalition, and that “if you don’t have a plan to phase out coal and gas, you don’t have a plan for the climate crisis.” The Greens say more policy specifics will be released in the weeks ahead, but until then, this is what we know about their climate action policy:

Greenhouse emissions policy:
• The Greens want a 75 per cent reduction in emissions by 2030 and to hit net zero emissions by 2035.
• They plan to actively bring down CO2 emissions, pollution, coal-fired power, deforestation, land clearing, native forest logging, and soil erosion.
• The plan will create local forestry jobs and revenue streams for farms, through tree-planting and the restoration of habitats, and by increasing funding to indigenous ranger programs.

Phasing out coal and gas:
• The Greens plan to immediately ban the construction of new coal, oil and gas infrastructure, transition to zero-carbon energy, and phase out the mining and export of thermal coal by 2030, to avoid going over the 1.5-degree climate cliff.
• They plan to ban political donations from the fossil fuel sector, stop subsidies to coal, oil and gas corporations which sit at over %10 billion annually, and reinvest in the clean energy transition.
• Greens policy includes banning political donations from the mining and resources sector, and to put in place an independent national corruption watchdog to hold public hearings.

Climate impact preparation and prevention:
• The Greens plan to reinvest funding in infrastructure for floodproofing stormwater drains and to increase funding for emergency services.
• The plan also includes increased funding to BoM and CSIRO to predict emergency weather events and the impacts to help vital planning.

Clean energy policy:
• The Greens promise is to invest in renewable energy storage and to replace every coal-fired power plant in Australia by 2030.
• They would upgrade the electricity transmission grid and integrate wind and solar energy.
• This includes financial support to households and small businesses to move to electric alternatives, support for households installing batteries, and support for reskilling workers in the renewable energy industry with grants to help new employers.

Electric and hybrid vehicles policy:
• The Greens plan includes promoting local electric vehicle manufacturing creating thousands of new jobs, ending the sale of new petrol and diesel cars from 2030.
• It also includes reducing the cost of an electric vehicle to make it more affordable for Australians and legislating vehicle pollution standards to drive down emissions. 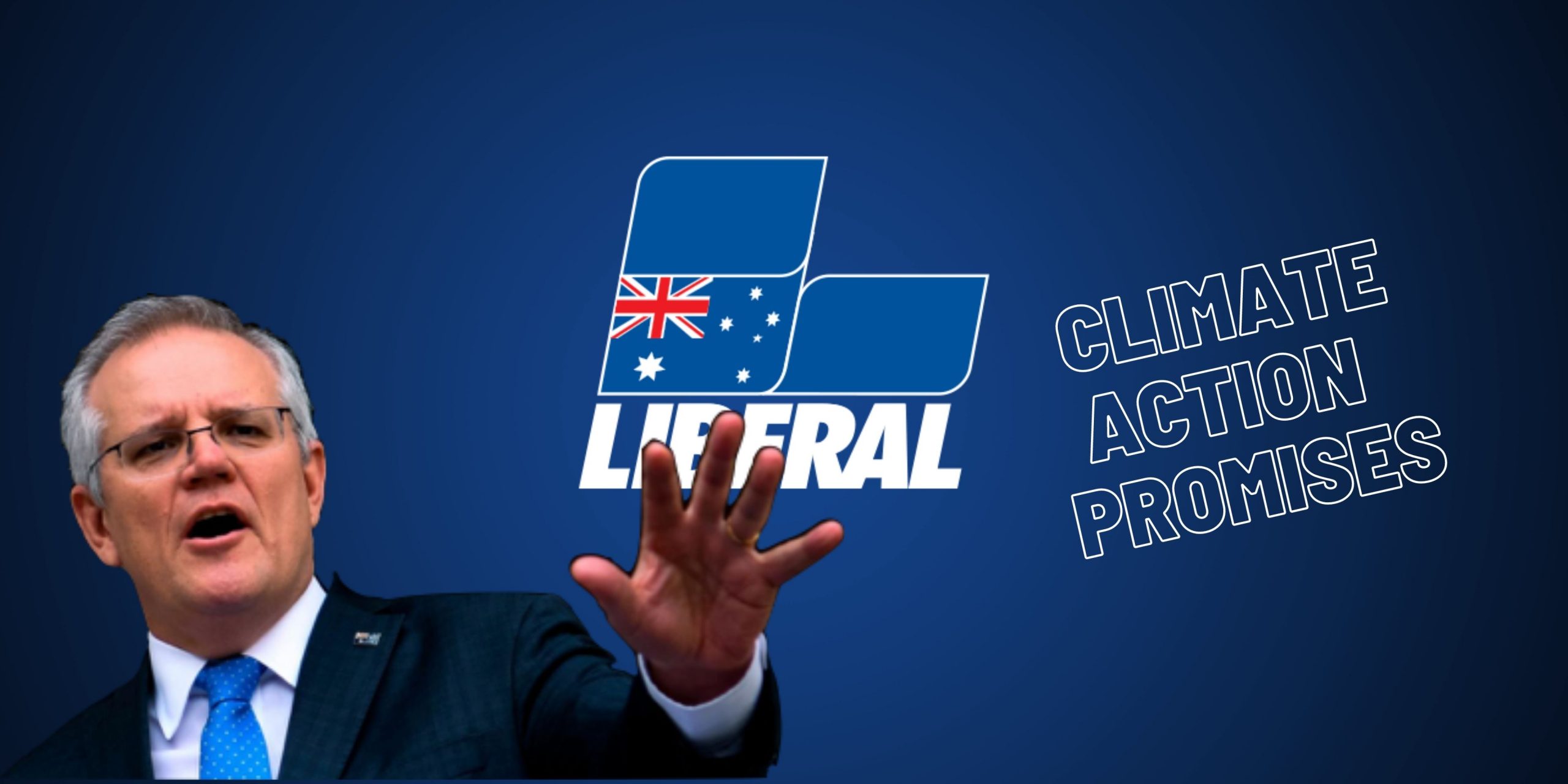 The Liberal Party and the coalition government are led by Prime Minister Scott Morrison, He is the Member for Cook.

The Coalition’s greenhouse emission policy has remained largely unchanged since 2015 but, after an 11th hour agreement between the coalition partners late last year, it committed to zero-net emissions by 2050.

This is what we climate policy as of August 2021 and approaching the 2022 federal election:

Renewable energy investments:
• Morrison’s government is investing in Snowy 2.0, Tasmania’s Battery of the Nation, and an interconnected, to store clean energy to power one million Australian homes.
• Further funding also includes into projects such as Project Energy Connect (linking SA, Victoria and NSW) and VNI West (linking Victoria and NSW)
• The Coalition is also investing up to $600 million in building a new gas-fired power station, to be built by Snowy Hydro Limited in the New South Wales Hunter Valley.

Waste Policy:
• The Coalition has planned to invest $1 billion and create 10,000 jobs over 10 years through increasing recycling rates, tackling plastic litter, and halving food waste by 2030.

Great Barrier Reef funding:
• The Coalition plans to invest over $2 billion in the ‘Reef 2050 Sustainability Plan’, to improve water quality and to conduct research into restoration and adaptation.

Landcare and waterways policy:
• Morrison’s government plans to pursue the $100 million Environment Restoration Fund to protect and preserve natural landscapes, and invest $1 billion between 2018 and 2023 to protect threatened species and restore wetlands.
• The 2021 Budget includes $100 million to fund protection for oceans and support for marine life conservation and indigenous employment.

Electric and hybrid vehicles policy:
• Scott Morrison has previously denied accusations that he attacked electric vehicles when he said the Labor party would “end the weekend”, during the unveiling of the government’s new clean car policy.
• The Coalition aims for 30% of new sales to be EVs by 2030, however, ruled out subsidising the expansion of electric and hybrid vehicles through rebates and tax breaks.
• The Coalition’s ‘Future Fuels and Vehicles Strategy’ includes $178 million in new funding infrastructure to help businesses set up charging stations.
• They also aim to install an estimated 50,000 smart charges in homes.