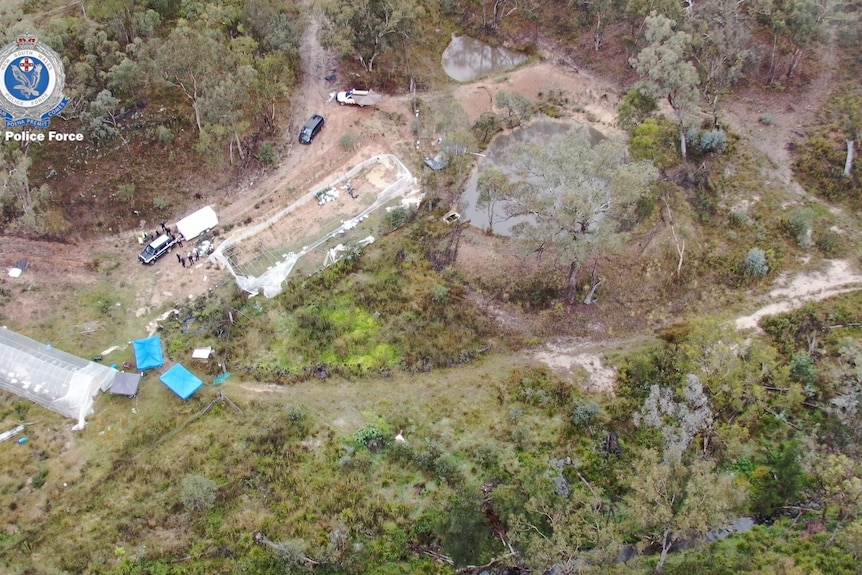 Drug and Firearms Squad detectives are searching for the remains of suspected murder victim “Jacky” Chong Kai Wong on a rural property near Bathurst, after new information regarding his case came to light.

Mr Wong went missing around December 2020 and police believe he was killed sometime between Christmas Day 2020 and January 8, 2021. He was known to police for being involved in criminal activities.

According to police, Mr Wong’s death appeared to have been “particularly gruesome”.

Police said Strikeforce Heighway was launched during June 2021 to investigate a criminal syndicate involved in manufacturing and supplying prohibited drugs.

The investigation unveiled new details which led police to a property at Killongbutta, around 40 kilometres north-west of Bathurst yesterday morning.

“We know Jacky was working for a criminal enterprise involved in the cultivation of cannabis in regional NSW around the time of his alleged murder” NSW Police Drug and Firearms Squad Commander, Detective Superintendent John Watson said.

“These criminal groups are known for targeting young individuals with the promise of easy money, which often leads to them working in illegal grow-houses on remote properties”

A crime scene remains in place at the Killongbutta property and the search is expected to continue for the next few days.

Police have since raided properties in Auburn and Marsfield. Yesterday, two men aged 22 and 28, were arrested and taken to Ryde Police Station.

The 22-year-old Auburn man has been charged with murder, knowingly direct activities of a criminal group and the cultivation of prohibited cannabis.

A 28-year-old Marsfield man has been charged with multiple drug related offenses including, cultivation of cannabis, supplying and possessing prohibited drugs.