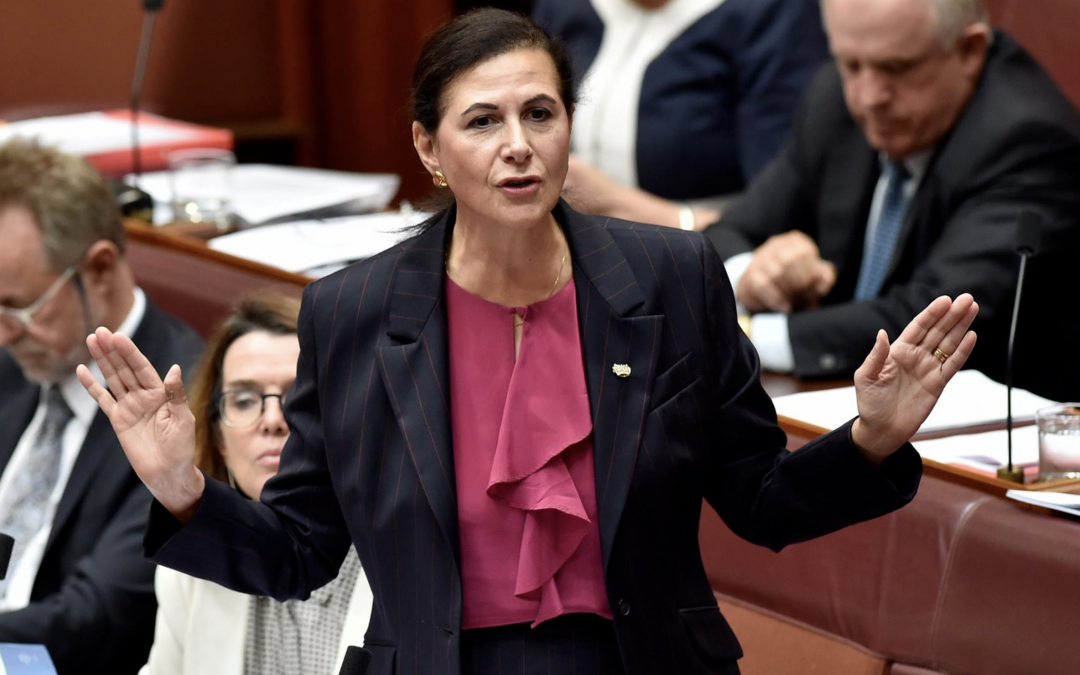 In her speech to the senate on budget night, Senator Concetta Fierravanti-Wells accused the Prime Minister and Immigration Minister Alex Hawke of corrupting the New South Wales division.

“Morrison and Hawke have ruined the Liberal Party in New South Wales by trampling its constitution,” Senator Fierravanti-Wells said.

Last week, the federal executive of the Liberal Party took over the preselection of candidates in NSW seats, denying members a chance to vote for their preferred candidates ahead of the upcoming federal election.

Referring to the change, Senator Fierravanti-Wells claimed that the PM instigated a crisis to be able to take over the selection of candidates.

“There is a putrid stench of corruption emanating from the New South Wales division of the Liberal Party,” she said.

The senator said she has received thousands of emails in recent months from angry members who have lost faith in the party.

“He is adept at running with the foxes and hunting with the hounds, lacking the moral compass and having no conscience,” she said.

“Morrison is not interested in rules-based order. It is his way or the highway. [He’s] an autocrat, a bully who has no moral compass,” she said.

Senator Fierravanti-Wellsis set to leave politics at the next federal election after losing a preselection battle within the NSW Liberal party over the weekend. This sees her placed in an unwinnable position on the party’s senate ticket.

“In my public life I have met ruthless people. Morrison tops the list.

“Morrison is not fit to be Prime Minister.” she said.

The PM has responded to the Senator on ABC News this morning, stating that the senator “is free to make a formal complaint”.