A most wholesome and continentally-isolated streamer 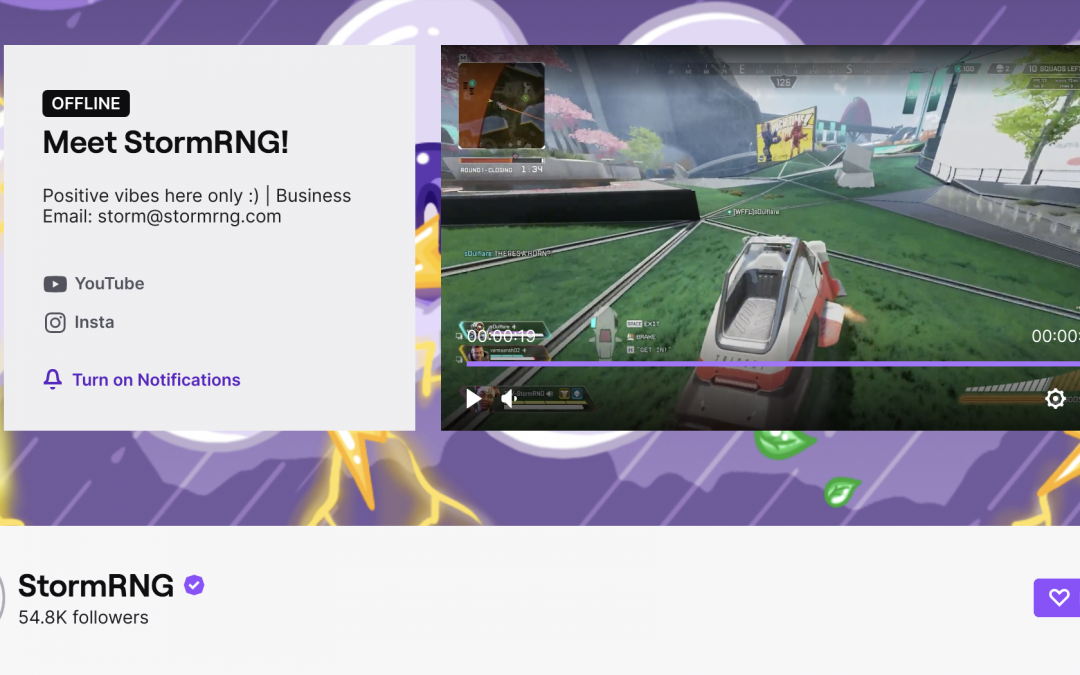 In the gaming world, Australia couldn’t be more isolated. A comparatively tiny, mostly English-speaking, pocket of the world that shares timezones only with Asia, and which is practically a universe unto itself in video games and streaming. How does someone not only succeed on this little island, but do so while being unwaveringly positive?

Livestreaming as a form of entertainment has exploded in recent years. It achieved true mainstream status in March of 2018 when Drake, the pop-rap superstar, played Fortnite with Ninja, who at that point in time was easily the most influential streamer on Twitch.tv, the main hub for video game livestreaming in the English-speaking world.

The gaming session between two titans, one of gaming and the other of music, broke the Twitch record for concurrent viewers with over 600,000. That record has been topped numerous times since. It’s currently 2,468,668.

Two things about most popular Twitch streamers, though: they’re almost all North American, and a lot of them have fairly vulgar personas. There are exceptions of course, particularly to the second rule, but as it stands the live-streaming paradigm consists largely of drama, tempers, and American accents.

Miraculously, these are all attributes Melbourne-based streamer StormRNG lacks.

“When I was really little, my mum always used to buy me Gameboys and Nintendo. So I was really big on Nintendo and Sega, and [she had] an old Atari that she used to play, so I was always surrounded by technology,” Storm said.

StormRNG, who just goes by Storm to her chat, as recently as March of 2020, was streaming as a hobby to an average of 10 concurrent viewers.

Before committing to streaming full-time, she worked for Apple as a ‘Genius’.

“I always wanted to try streaming, but I was always afraid to do it,” says Storm. “Also because I worked full time, it was really hard to find the time because with Apple, there’s not a lot of work-life balance,” she said.

But when she had to take six weeks off following an operation she suddenly had a lot of time to kill. “So I was like, you know what, I’m going to try it. [So I started] streaming to like, nobody, as you do when you first start, but I was like, this is kind of fun.”

When she returned to work she had established a small viewership and had done some networking. Then the pandemic came to Australia and Apple became one of the first major companies to take action, closing all of its Australian stores.

So, yet again, Storm had more time to stream and her viewership grew to 30-40 average concurrent viewers during this period.

“And that’s when I kind of realised this is becoming something. Like, I was building a little community and I was getting to know people and it was becoming really fun,” she said.

“So I was like, well, I could take this leap or I could just keep working at Apple and be miserable. Not that I was miserable with the job itself, I was just miserable because it’s not what I wanted to do,” says Storm. She spoke about the idea of pursuing streaming full-time to her parents, who were supportive, and her boss, who was the person that had originally introduced her to Apex Legends, the game she’d been streaming.

“And he was like, no, if I see you show up at work, I’m going to be disappointed in you. You better leave and do this,” she said.

And it paid off. Now Storm streams for a living as an official Twitch Partner, as well as a partner of the gaming hardware brand, Razer.

A look at her Twitter on the day she officially gained partner status gives you a glimpse into the positive community she’s cultivated.

And watching a StormRNG livestream, you get where it comes from.

Storm’s chat is incredibly interactive. One could almost go as far to say that she blurs the line between a gaming streamer and a chatting streamer, and that’s one of her strengths. Apex Legends, being a Battle Royale type-game, is perfect for this. Matches take place on a sizable map, so there are long stretches of exploration and looting before one encounters enemies.

She isn’t half bad when those encounters happen either, though she’ll insist otherwise.

“What I love doing is talking,” Storm said.

“Sometimes obviously I miss chats, like everyone will, but I do almost read every line. It’s one of those things that I’ve developed a way of being able to do, even while playing.”

A StormRNG stream will usually last anywhere from four to six hours, starting at 10 pm (Eastern-Australian time). A perfectly cozy evening time-slot for Australian viewers, and while it isn’t exactly terrible for other English-speaking regions, it isn’t premiere streaming hours either.

And while Asia is a huge region that shares Australia’s time zones, the language barrier as well as the region’s preference for other streaming sites like Bilibili makes viewership from there minimal.

“The grind is so much harder in Australia than it is in say somewhere like [North America],” Storm said.

“I eventually do want to be in an organisation but not an Australian one, most likely. But that’s hard to get into as an Australian because they see: Oh, you’re Australian. Like, what’s the point?”

Perhaps this is where Storm’s personality really works in her favour. Perhaps it’s clear to anyone willing to stay for a while that she isn’t just another sponsor-friendly sellout, but a sincere human being.

Maybe StormRNG won’t be the largest streamer the world has ever seen, but she appears to have found a niche that she fits so well into, that it eclipses her geographic isolation from the rest of the streaming world.