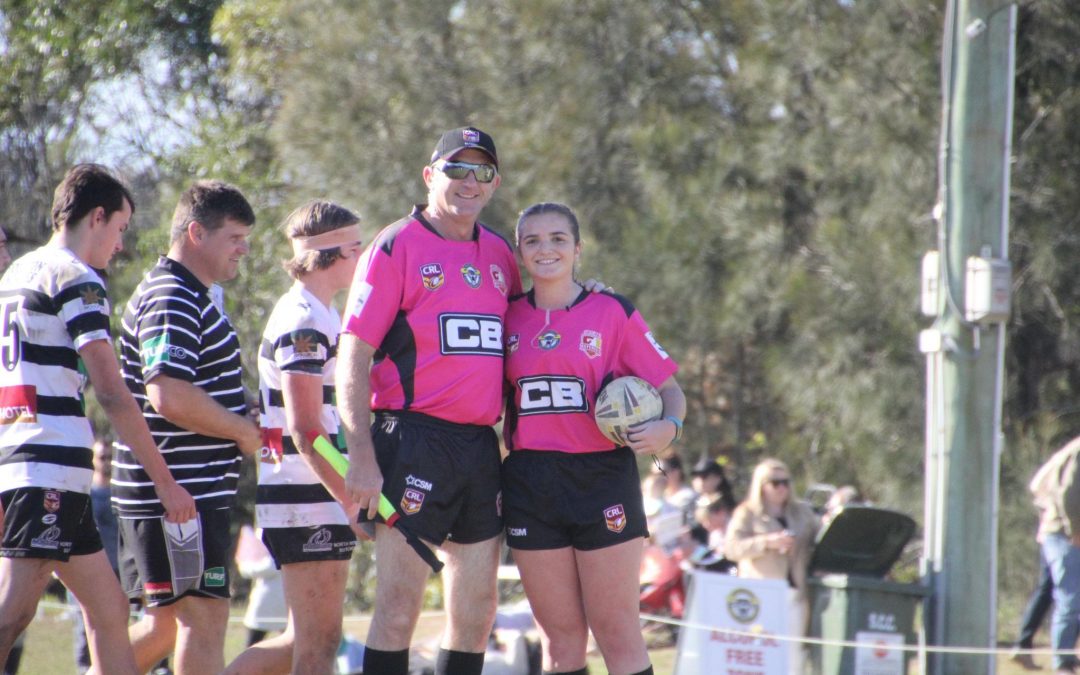 A veteran rugby league official has notched up his 300th game as a local first grade referee, becoming one of the first ever to achieve the milestone.

William Drury has been a Group 7 referee since 1989, with his 300 game stint in the first grade competition including seven grand finals. He plans to continue adding to the tally despite having officiated hundreds of games over the last 32 years.

“I enjoy the on-field challenge of refereeing first grade, it’s not easy and not for the faint-hearted,” he said.

“The main challenge is keeping up with the fitness and skill level of the players coming through. I definitely do a lot more training and preparation is a focus now more than ever.

“You just have to focus on what you have control over and referee with respect and talk to players with respect. If you do that, mostly you’ll get it back.”

Drury was also responsible for assisting around 600 Group 7 referees in receiving their refereeing accreditation over 20 years, including his daughter Eleanor Drury, who began her own refereeing career at the age of 13.

“I hadn’t actually seen any female referees, so I didn’t really know that I could, so I asked Dad ‘can girls ref?’ and we went from there,’” she said.

“To watch him referee and see how he handles himself on the field, I have a lot of respect for him.

“From day one he’s always been super supportive and helped me through everything I’ve done.”

Miss Drury is currently a Level 2 referee who has officiated in a range of grades and competitions statewide, and recently refereed her 50th senior Local League Tag match, as well making her debut as a Group 7 Third Grade referee earlier this season.

“I just want to keep moving up the levels and getting as much footy experience as I can,” she said.

“I definitely would recommend it to anyone who wants to get involved. It was the best thing for me with everything, like confidence, fitness, and getting to know so many different people and their cultures, and the friends I’ve met from refereeing have been some of the closest friends that I’ve made.”

With Drury now having 300 Group 7 first grade games under his belt and his daughter graduating through the ranks, the Drury family are planning to continue their legacy as referees in the local rugby league scene for some time to come.