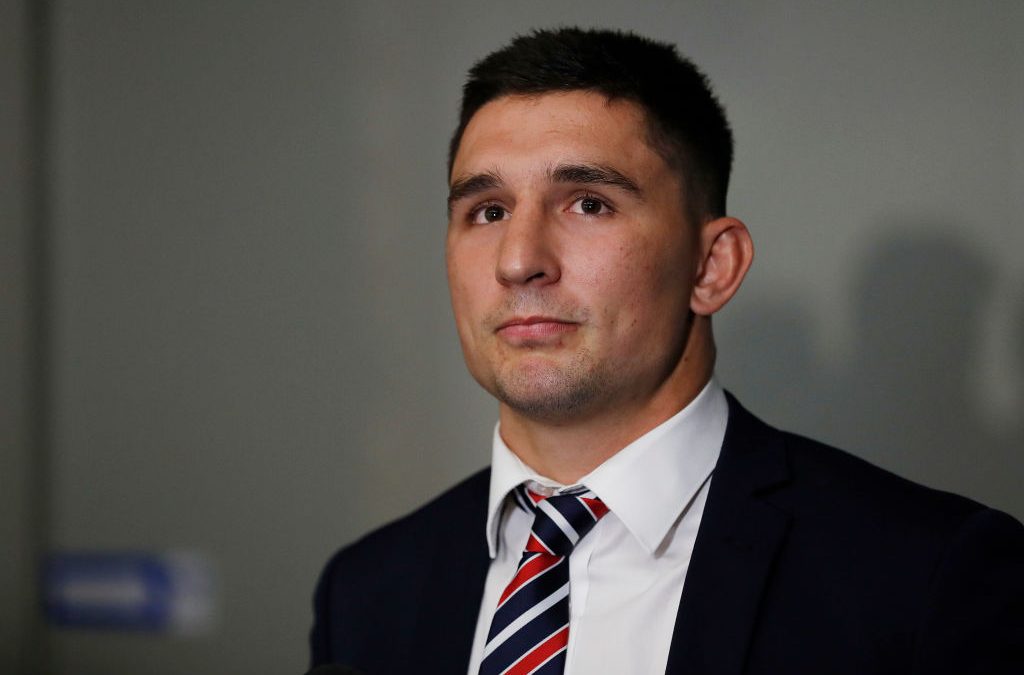 Sydney Roosters forward Victor Radley’s State Of Origin debut is set to be put on hold for a second time after the star lock was found guilty of dangerous contact charges on Tuesday night.

Radley was sensationally sent for 10 minutes in the bin three times in Saturday’s clash with the Brisbane Broncos and has been rubbed out for five games, which means he won’t be eligible for Blues selection until game three (July 14).

The Roosters lock missed last year’s three-game series due to a torn ACL in round seven against the St George-Illawarra Dragons.

The new rules, which were recently introduced by NRL chairman Peter V’landys, aims to decrease contact around the head – therefore ensuring player safety. A total of 15 charges were laid out on Saturday.

Despite the changes to the game, the hard hitter Radley says he’s unlikely to change his tackling technique due to the new rules.

“Just because they decide to change the rules midway through the season doesn’t mean I have to change my tackling style.

“There’s obviously situations in the game like on the weekend where I got it wrong. I can’t do that. But I don’t think it’s my tackling style.”

Peter V'landys has responded to claims his ego is getting out of control following the controversial crackdown.

He also has a blunt message to Victor Radley. 👀#9WWOS #NRL pic.twitter.com/JLqt8qY1V1

Meanwhile, Roosters teammate Angus Crichton is also set to miss time in the Origin arena after failing to get a grade one dangerous contact charge downgraded.

Crichton unsuccessfully argued that his late contact on Broncos half Albert Kelly was due to impaired vision and was not aware that he passed the ball.

The former South Sydney Rabbitoh has been sidelined for two games, which rules him out of the series opener on June 9 at Suncorp Stadium.