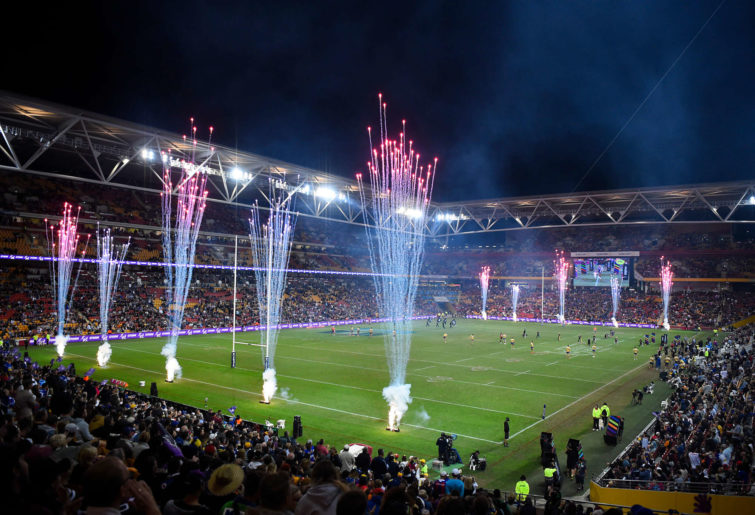 Australian Rugby League Chairman Peter V’Landys has come out and defended his decision to crackdown on head-high tackles over last weekends ‘magic round’.

The decision to crackdown on all forms of contact to the head and neck area was enforced before the start of round 10’s matches and caused controversy amongst many critics and fans after 14 players were sin-binned and a further three were sent-off for foul play across the eight games.

The weekend’s action saw the NRL’s match review committee charge a record 24 players adding up to a total of 20 weeks worth of suspensions.

Speaking to Fox League’s NRL 360, V’Landys stood firm on his decision and said that the new crackdown will protect the long-term future of the game.

“My job is to make sure of the players’ safety, and if we don’t do something about concussion we’re going to have a long-term problem,” Mr V’Landys said.

“We’ve now got to unite and beat the concussion issue, because if we don’t do it now in 10 or 15 years there won’t be a game.”

The decision to crackdown on high tackles 10 weeks into the season left many fans, coaches and players outraged and confused after the weekend’s action.

Fans flocked to social media to vent their displeasure about the new interpretations after Friday nights games in particular which saw eight players sin-binned across the two matches.

The sin-binnings had a major effect on the outcome of the games and fans were left furious wondering why the new crackdown was only just being implemented mid-season.

The NRL commission has reinforced their stance on the current concussion debate, with V’Landys saying that the players welfare is the most important aspect of the game.

“My response to them is we have an obligation to the players and their welfare. I want our players to leave our game with all their faculties.”