Death toll rises as tensions between Israel and Palestine intensify 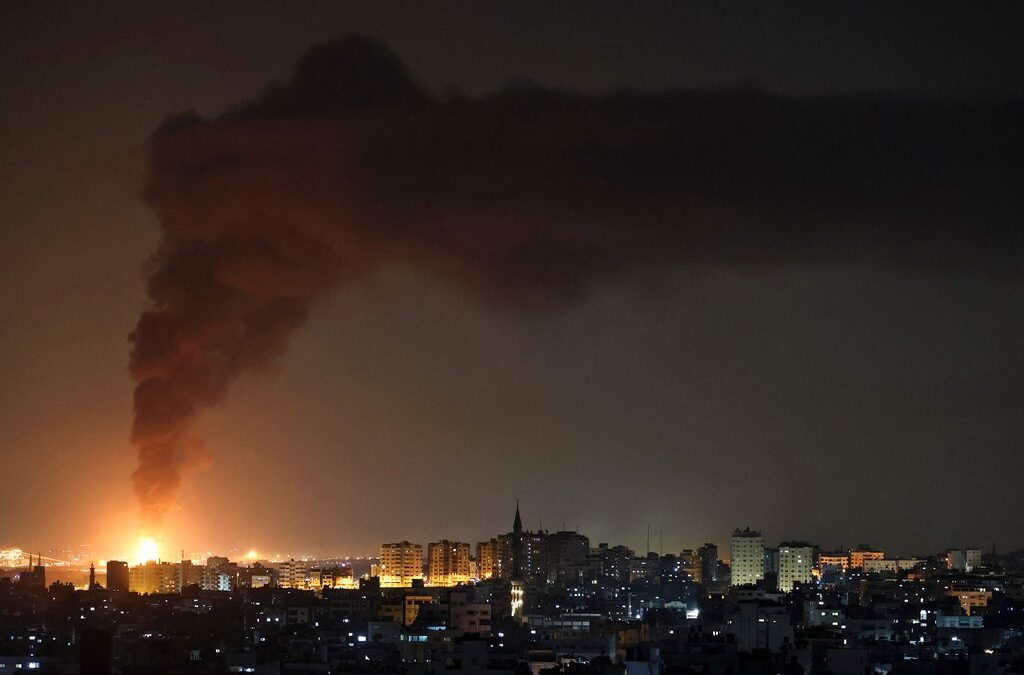 Military conflict in Gaza has escalated to its highest level in seven years, after Palestinian militant group Hamas retaliated to Israeli airstrikes that wiped out a 13-storey residential building in Gaza.

32 Palestinians were killed in the attack, including 10 children, whilst 203 were wounded, per health officials.

Five Israelis were killed, with upwards of 100 wounded.

A wave of civil unrest spread across the region following the airstrikes, with Palestinian residents in Israel expressing their disdain at the attacks.

Despite the unrest, Israel has signalled its intent to widen its military campaign.

Hamas are already severely outmatched by the Israeli military, who have access to fighter jets and a complex missile defence system, funded partly by the US.

The recent violence has followed weeks of heightened tension, after Israeli police clashed with Palestinian protesters at Jerusalem’s Al-Aqsa Mosque.

Past conflicts between Israel and Hamas have typically settled down after a few days, often assisted by mediation efforts from Egypt, Qatar, and the United Nations.

Israeli Prime Minister Benjamin Netanyahu has, however, warned that the conflict may “continue for some time.”

Netanyahu also vowed that Hamas and other terrorist groups will “pay a dear price” for their attacks.

“Their blood is on their own hands,” Netanyahu said.

“We stand united in the face of a vile enemy. We all mourn the dead and pray for the wounded and stand behind the IDF forces.”

Predicting when the conflict could come to an end is difficult, with International Spokesperson of the Israel Defence Forces Jonathan Conricus declaring that the military’s air campaign was still in its “early stages.”