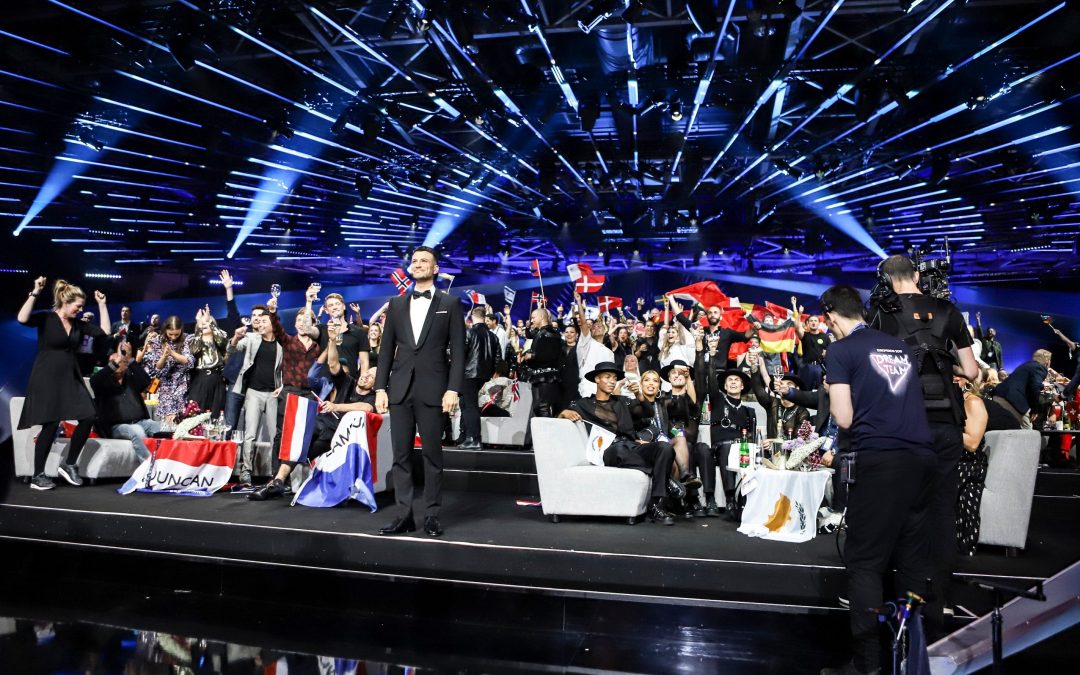 After one long year without Eurovision, the iconic talent show is set to return this month. While fans countdown to the airing of the semi-final on 18 May, 39 music videos have given glimpses of what weird and wonderful things the live show will entail this year.

To keep you occupied, here are the top seven music videos that truly capture the wacky essence of Eurovision.

While Greece floods, Stefania is rescued by a pegasus which takes her to another planet. It’s here that she meets a man made of light who is holding up a building. This video has breathtaking cinematography and incredible animation. But, most importantly, it features a sparkly sequin shirt.

Hooverphonic brings a splash of melancholy to the competition this year. Lead singer, Geike Arnaert walks around a mansion holding guns while looking like a renaissance painting. Cinematography and lighting showcase the heartbreak behind this catchy song. By the end, Geike snaps and cuts off her partner’s head with a medieval sword.

Germany transports us to an 80s style laundromat where Jendrik is pushed around on a couch by a big middle finger. The laundromat transforms into different settings to address racism, homophobia, and sexism in a bright and unapologetic way. Plus, there’s a fun tap dance.

FASHION! This video showcases some incredible fits as well as some very camp glasses. There’s some great choreography performed by men wearing crop tops, and a teddy bear dress. This video captures how fun Eurovision can be, yet exudes female power.

Who are you going to call when a monster is destroying the world and can only be defeated by dance moves?  Daði og Gagnamagnið! In this video, the music group from Iceland becomes superheroes that save the day through techno beat and green jumpsuits with shoulder pads. This one features a giant dancing robot who has a dance-off with a furry monster.

Benny Cristo travels via TV in an attempt to capture the attention of his crush in this one. The video creatively recreates scenes from iconic movies like Grease, Forrest Gump, and The Shining. Of course, it ends in a psychedelic rave sure to make the grumpiest of viewers smile.

There’s no doubt that The Roop is the life of the party. This music video captures all the weird and wonderful vibes of Eurovision. Dressed in bright yellow, The Roop brings the action with some killer dance moves. This feels like a fever dream you will never want to leave.