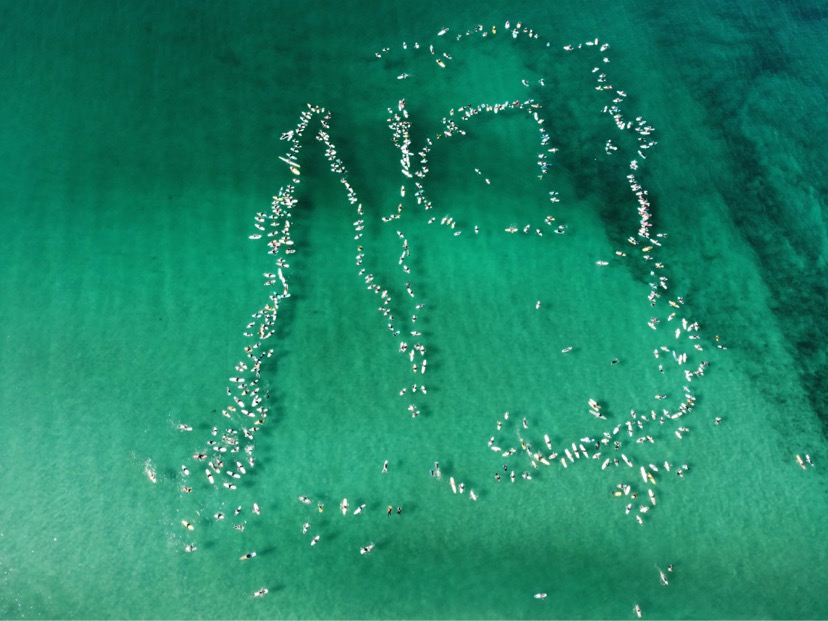 Shellharbour and neighbouring community members gathered in their thousands at the Farm Beach on the NSW South Coast on the weekend to protest a proposed redevelopment the popular Killalea reserve.

Committee member of the Save Killalea Alliance John Davey said the Reflections Holiday Park development on the reserve was not necessary.

“Reflections are not the appropriate custodians of the Killalea and it should be better administered by National Parks,” Mr Davey said.

“There are 13 endangered ecological communities and it was left to the public as a surfing reserve.

“It’s a treasured piece of land for the community and we don’t want it developed. My proposal would be to stop it dead in its tracks.”

Had the pleasure of speaking with John Davey & Richard Brandt who were incredibly passionate about stopping the development at the Farm beach.

They want the site to be left untouched and hope the protests over the weekend gathered public support. @UOWTV #uowcreative

In 2019, the NSW government provided a $6.5 million grant to upgrade the Killalea Reserve Park, run by the Reflections Holiday Parks group who invested $4.4 million into the project.

The redevelopment plan included adding 15 luxury eco-cabins and a 200 person function centre to the reserve along with 53 full-serviced campsites, a new playground, walking trails and outdoor recreational equipment.

Local resident and administrator of the Save Killalea. Save The Farm. No Reflections development! Facebook page Richard Brandt said the community turnout at the protest was overwhelmingly and it would go a long way to helping protect the reserve from development.

“Since all the communities have come together, I think people are optimistic with how things are going,” Mr Brandt said.

“It’s impossible to find an undeveloped area where people can just go, relax, and have nothing to distract them or impinge on their enjoyment of the place.

“The beauty of the Farm is that there is nothing and you can just go to relax. You don’t have to deal with tons of people and development.”

Member for Shellharbour Anna Watson recently called for the development plans of the reserve to be scrapped, and the community trust to be reinstated as the responsible managers of the reserve.