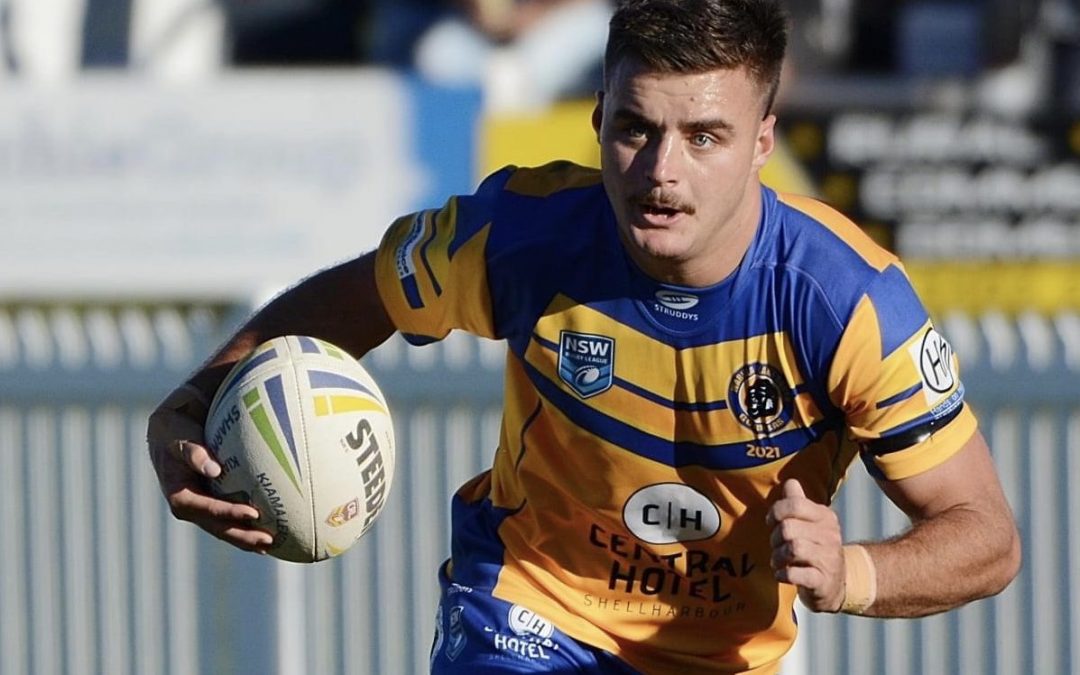 Warilla Gorillas first-grade captain Blair Grant was injured in his team’s second straight loss against the Kiama Knights on Sunday and early reports reveal it could end his season.

Grant, one of the Gorillas’ key playmakers, suffered an ankle injury in his team’s 36-12 loss to Kiama and is awaiting scans to reveal whether he will need surgery.

Grant said the club’s physiotherapist, Justin Castelli, examined his ankle after the game but was unable to make an accurate diagnosis due to the immense swelling.

“He said because of how swollen it is that it’s impossible to know exactly what’s wrong, but he gave two options. [It is] either just a foot sprain, which means torn ligaments or a Lisfranc fracture which would require surgery,” Grant said.

Grant had an MRI scan on his ankle yesterday and is awaiting results. He attended last night’s training session in a moon boot.

“If I require surgery, then it will probably be the end of my season, but fingers crossed it’s just the sprain which would mean I could be back within a few weeks,” Grant said.

Grant was in the process of saving a try in the final 15 minutes of the game when the injury was sustained.

“As I was going for the tackle my leg just got caught under me and we [the Kiama player] both sort of landed on it,” Grant said.

Grant could be a huge loss for the Gorillas, having played in two grand finals and being picked in this year’s Illawarra South Coast Dragons team.

“Blair is a one-of-a-kind player and a massive leader at this club and he was, by far, one of our best players last year,” Warilla coach Neil Farmilo said.

Farmilo said while Grant would be missed, the club has the depth in skilled players to fill the hole that Grant will leave.

“I believe we still have the squad to win without him. It will obviously not be easy, but I have trust in our players and the replacements we have,” Farmilo said.

Jamie Burns, a player who has played a few positions this year, is the replacement that will fill Grant’s shoes at five-eighth in this week’s game against the Milton Ulladulla Bulldogs.

“I’ve played a couple of games there this year already, so it’s not unfamiliar for me and I’m just gonna focus on my job and hope I can do what’s necessary for the boys to win this week,” Burns said.

The Gorillas, who were the runners-up in last year’s season, have won only one game out of their first three and are currently sitting at sixth-place on the ladder.

They face the seventh-place Milton-Ulladulla Bulldogs this weekend at Cec Glenholmes Oval.