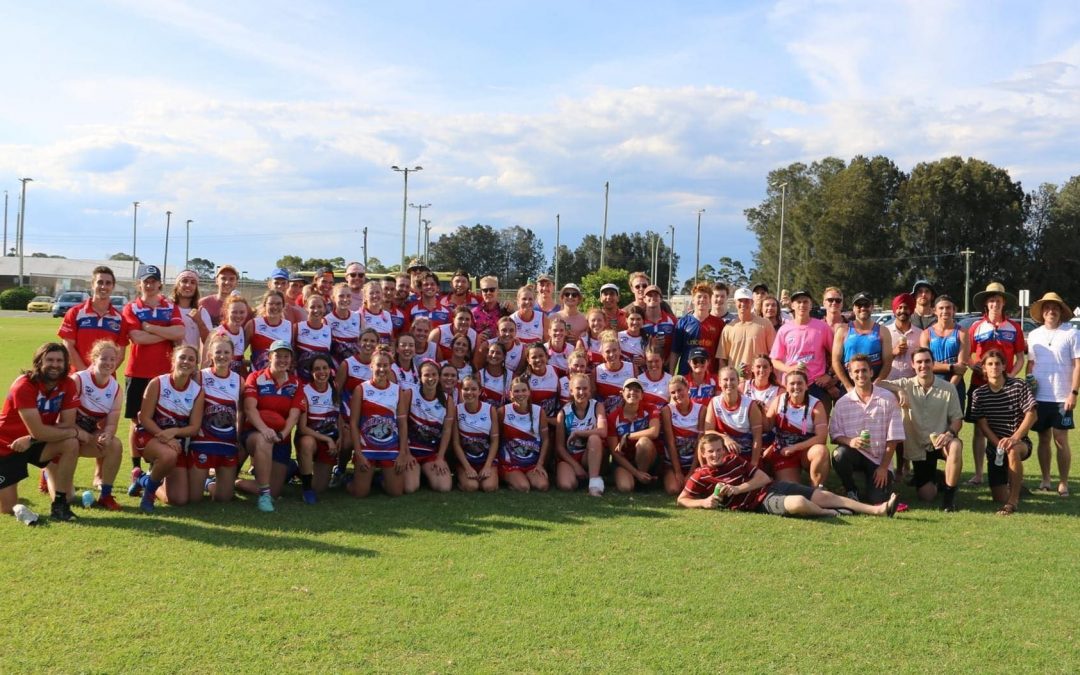 Just three years after bursting onto the scene, the Wollongong Bulldogs women’s squad is bursting at the seams.

The club has seen a large influx of female players ahead of the kick off of the 2021 South Coast AFL season this Saturday.

With a squad of around 60 women and just two divisions on the South Coast, up to 20 players could be on the bench each week.

Division One player and co-coach Allie Phillips said the club’s reputation and the rising popularity of AFLW were the main factors at play.

“Women’s AFL is growing, it’s getting bigger. More girls are interested and want to have a crack and it’s really good to see,” Phillips said.

“But another factor is that as a club we very much want to create a sense of family and community, especially for those first-year girls who are moving out of home for the first time.”

Phillips said having such a large pool of players to choose from is a double-edged sword.

“We struggle sometimes to field a team being a university-based club, especially during session breaks when a lot of people go home to their family, so having so many girls is a great thing,” Phillips said.

“But during session, we usually have an abundance of girls which can be pretty tough, not everyone’s going to get a game each week so it’s hard navigating that.”

Premier Division Vice Captain Mikayla Sheahan, who joined the women’s squad when it was first created in 2018, was not surprised so many girls were giving AFL a go.

“When I moved to Wollongong I wanted to play a sport, and I’d always wanted to give AFL a go, and it was the best decision I’d made,” Sheahan said.

“It’s a family outside of my family from home, it’s my Wollongong family. I love the sport as well but the social aspect of it is pretty second to none.”

The Bulldogs are not the only expanding club, with the Kiama Power, Wollongong Lions and Northern Districts Tigers all introducing a team into the Division One competition this year.

Despite the additional competition, the ‘Doggies’ are chasing trophies in both the Premier Division and Division One after a short and disappointing 2020 season.

“Last year with Covid, it was obviously pretty tough. But in 2019, we lost in the semi-finals by a goal in overtime on a very windy day against Dapto,” Phillips said.

“I think ever since that happened, when we were so close but just pipped at the post, we’ve been chasing that premiership.”

Both teams will kick off their season with home games against the Figtree Saints at Keira Oval this Saturday.

Premier Division Vice Captain Mikayla Sheahan spoke to UOWTV about why she thinks so many women are taking up AFL, and her hopes for the 2021 season.