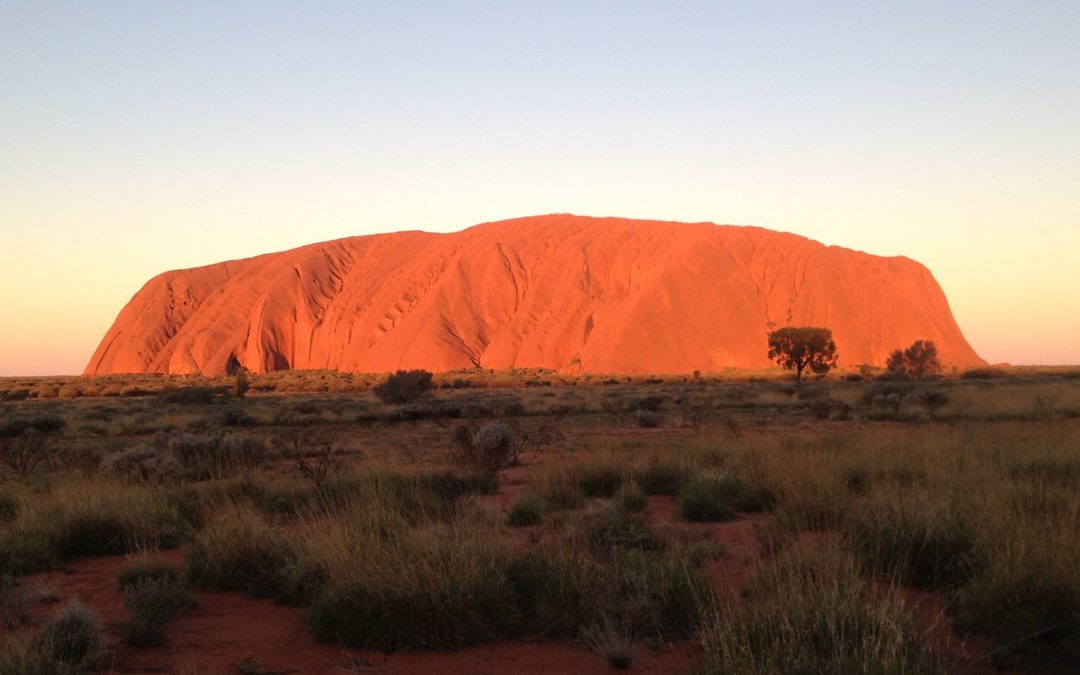 A University of Wollongong academic has marked a career highlight by having his work published in one of the world’s leading science journals.

It was at Uluru, with his wife Rowena Morris, an accomplished researcher in her own right, and three young sons, that they discovered a geological phenomenon.

“It was just that moment, we were there at Uluru and there was a recent fire that had been through and we saw the fire had burnt all the trees right up to the rock and then it spalled or, you know, flaked rock off from the surface,” Dr Buckman said.

“There’s these unusual formations around Uluru, these little caves that have formed and people had been wondering about how they formed for years, but no one had ever thought about fire being the process that shapes them.”

Typically, there are two processes that weather rock – chemical and physical. Dr Buckman’s research, however, found another process of weathering.

“What we found was that there’s another mechanism of fire that spalls the rock off, it makes the rock expand on the surface and then break off,” Dr Buckman said.

“In areas like Uluru where every five-to-ten years you have fires sweeping through any given area, that’s enough that it sort of erodes the rock at a faster rate than those other processes… So, actually the fire comes in at the sides laterally and planes off these rocks. That’s why Uluru’s really steep-sided because the erosion on the side is really fast, whereas the erosion on the top is really slow.”

Stephen Bockett, who spent over two decades as a member of the NSW Rural Fire Service, said the research had made him think about the impact of wildfires on rock formations for the first time.

“This is the first I’ve heard about [the research]… The more intense the fires, the more damage you see,” Mr Bockett said.

“You sometimes see rocks cracked and broken from the heat and, especially on smaller rocks, you see the smoke blackening them… It’s a fine line of what to do and not do.”

Dr Buckman said the publication of his work in Natural Communications was a “major highlight”.

“Anything in Nature is a real highlight … They don’t take a lot of research in,” Dr Buckman said.

“They only sort of take the really interesting things or where there’s a big shift in the way we think about something.”

Dr Buckman said he hoped this was just the beginning of the process and that it opened the door for a greater variety of quantitative studies in the future.

UOW’s @SolBuckman was kind enough to speak with me about his research on how wildfires sculpt rock features such as Uluru. His work was recently published in Nature Communications. Very interesting work!@UOWTV #uowcreative pic.twitter.com/pAbERt8ykS