Women’s issues at the forefront following marches across the country 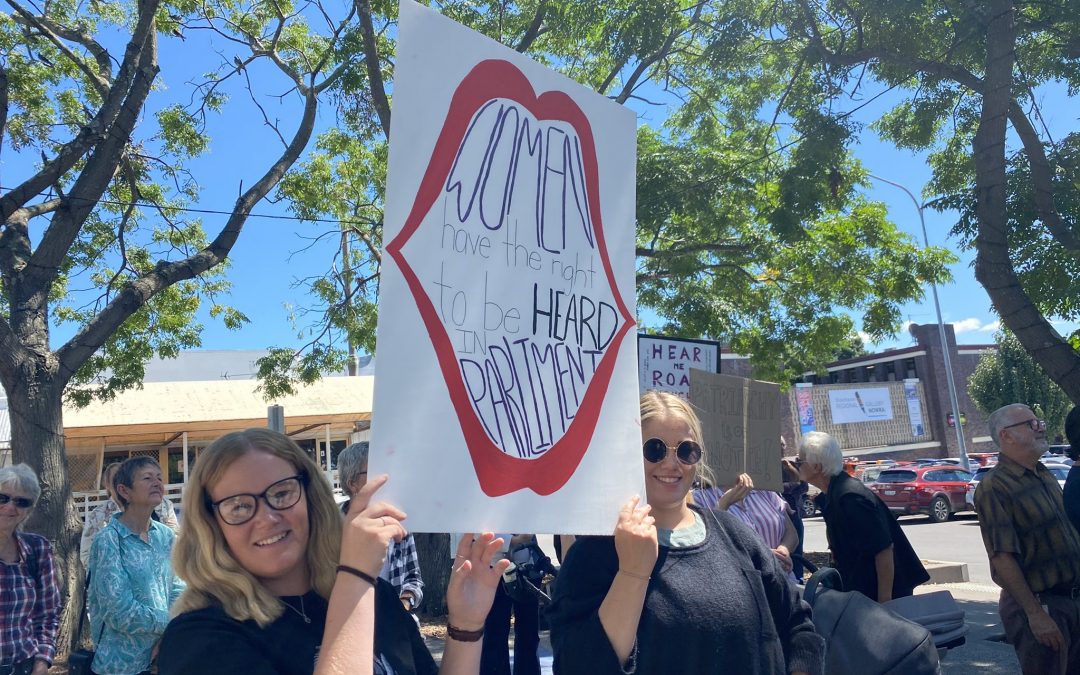 Following on from International Women’s Day and the March 4 Justice demonstrations on Monday, Australian media has been abuzz with discussions over equality and violence against women.

Grace Tame, Australian of the Year for 2021, addressed the Hobart March 4 Justice crowd on Monday.

“Evil thrives in silence,” said Ms Tame. “Behaviour unspoken, behaviour ignored, is behaviour endorsed. But if one of these barriers to progress is silence, like I’ve just identified, which is quite simple, it gives me hope because the start of the solution is simple: making noise.”

Former staffer Brittany Higgins, who has come out with rape allegations during her time in Parliament House, echoed Ms Tame’s points in her own speech.

“The system is broken,” she said in Canberra. “The glass ceiling is still in place and there are significant failings in the power structures within our institutions. We are here because it is unfathomable that we are still having to fight this same stale, tired fight.

“These past few weeks, on a personal level, have been difficult. Like many of you, I’ve watched this all play out in the media. […] I read the news updates every day at five am because I was waking up to new information about my own sexual assault through the media.”

Alongside broader discussion of women’s issues, calls for government action on violence against First Nations women has been a key issue. Indigenous women are 35 times more likely to experience violence than non-indigenous women.

Northern Territory senator Malarndirri McCarthy has been vocal on the topic, bringing attention to the lack of government funding for support in indigenious communities.

In a speech in parliament, Ms McCarthy recalled when the Tangentyere Women’s Family Safety Group took the message to Canberra three years ago.

“They spent days here in Parliament House,” she said. “Meeting with senators, meeting with government ministers telling all about the work they do on the front line of violence in Alice Springs.”

“One of these women, a core member of the group, a woman who was dedicated to changing lives, to combat violence against women, well, I attended her funeral on Friday.

“She was killed earlier this year after being run down by a car allegedly driven by her partner.”