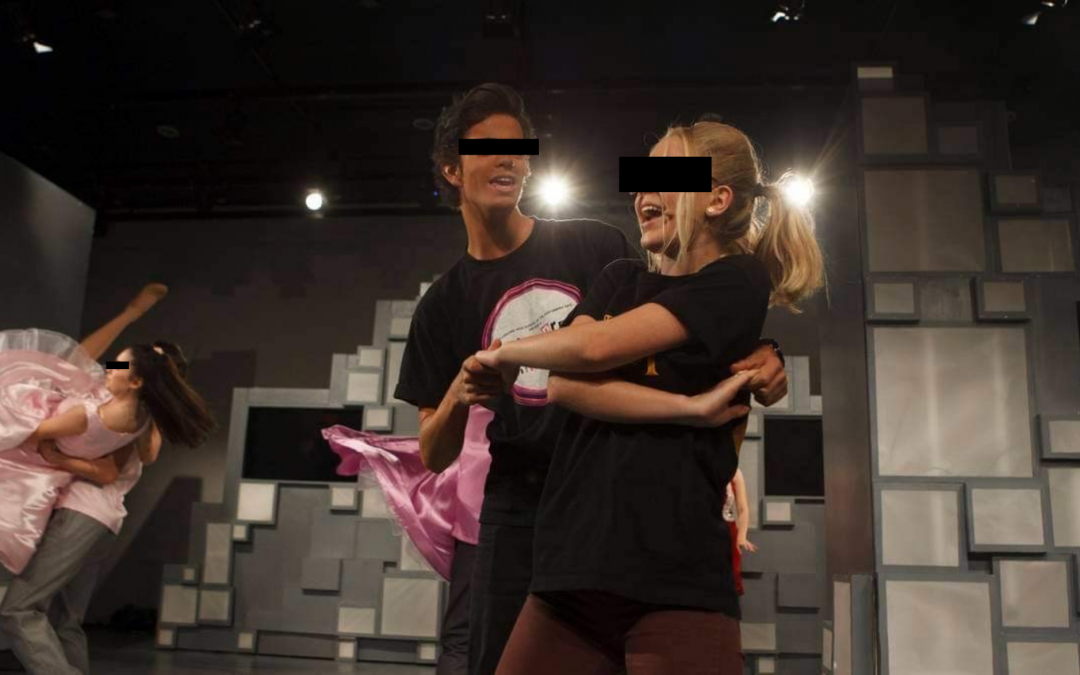 An investigation continues into historic racism allegations against a Wollongong high school.

The NSW Department of Education launched the investigation into claims by former Wollongong High School of Performing Arts (WHSPA) students in August.

“The option that we got given to be part of the show was to proceed to get a spray tan so that our appearance would be as close as possible to said culture,” Gomez said.

“As an ‘appropriate representation’ of said culture, we were encouraged to use accents that would represent that culture stereotypically.”

A screenshot from a private Facebook group dedicated to the 2013 production shows members were shared a makeup tutorial titled “Ballet Makeup for Asian Eyes”.

“This is the tutorial I found on applying eye makeup for Asian looking eyes,” the author said.

“Have a look and practice. Don’t expect to be able to do it first go.” 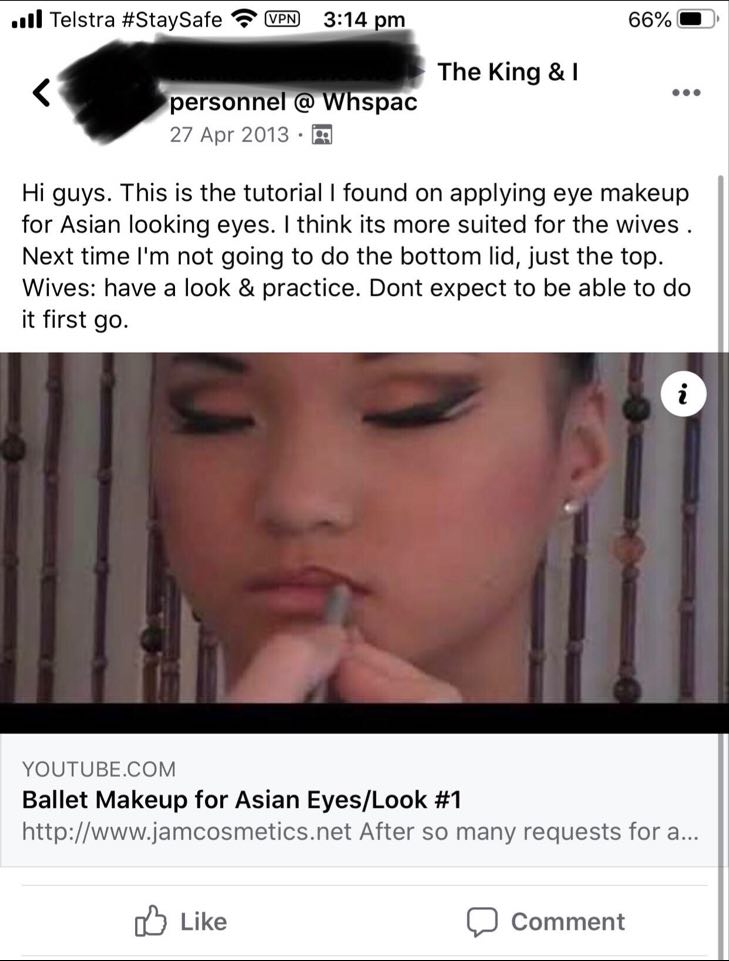 A NSW Department of Education spokesperson said the school does not encourage the use of black and yellow face in theatre productions.

“Wollongong High School of the Performing Arts has not performed either Hairspray or The King and I since 2015. The school does not require students or encourage students to artificially colour their skin to portray characters,” the spokesperson said.

“The Department of Education encourages any past or current students and parents/carers with any concerns to make a report directly to the school or the Department. The Department reviews all allegations and responds to complainants.”

Photos online also show a student in black face for the 2015 Hairspray musical. 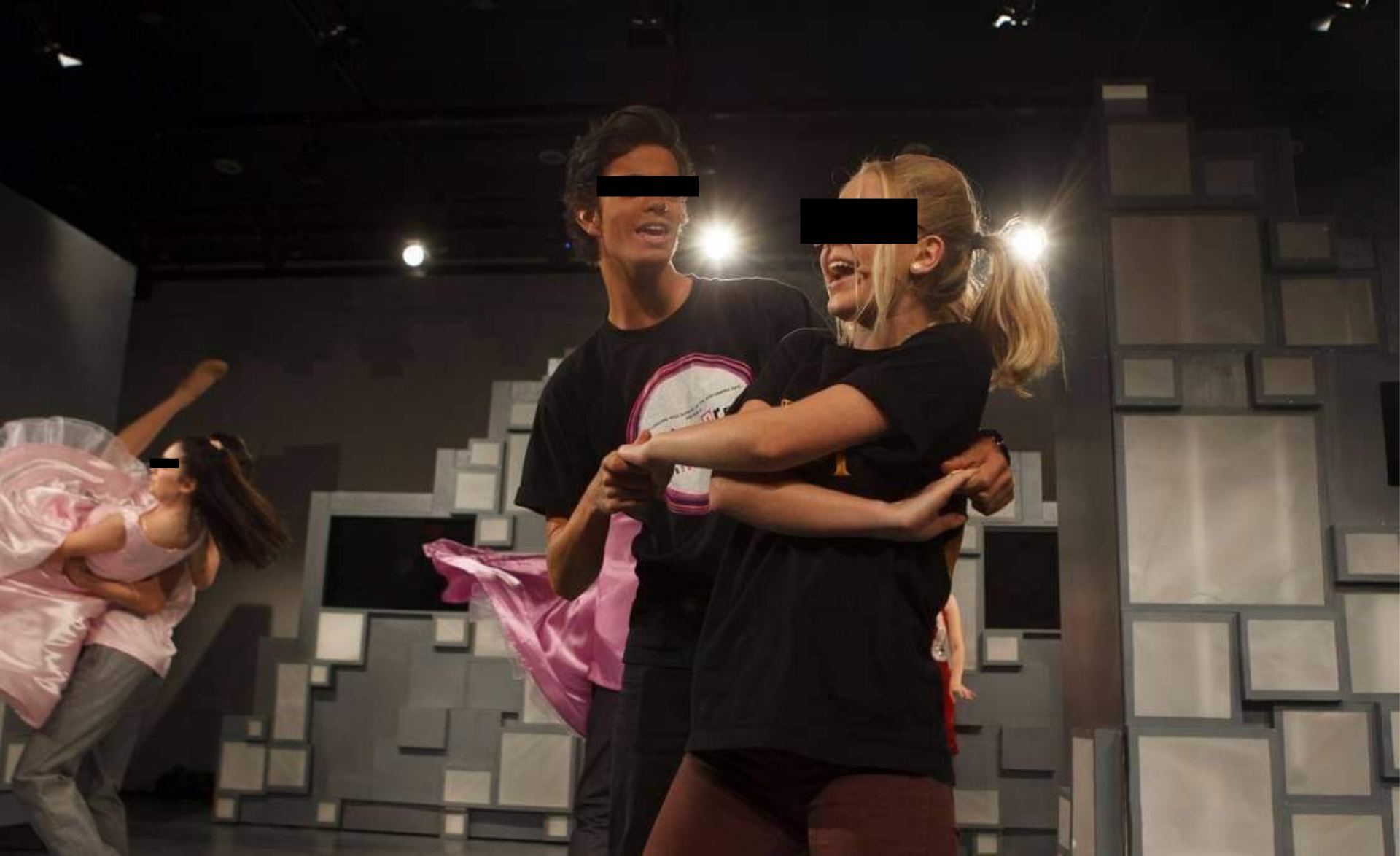 Student playing an African American man in the musical Hairspray. The actor was light-skinned and blonde. Photo: Christopher Chan

Former student Talia Sigsworth, who performed in The King and I and Hairspray, said staff threatened to revoke a role when she raised concerns.

“They brought the spray tanner to the school and everyone had to pay $10 if you were getting it done with the school,” Ms Sigsworth said.

“When we did bring it up, we were told it was fine because it was theatre.

“There was another instance where I was made to play a certain Asian character, which I did raise an issue with.

“I told the teacher in charge that I was uncomfortable with it and I was basically told that if I didn’t do it, I wouldn’t have a spot in the show.”

“There are certain satirical contexts if you were working with people of colour that there might be a satirical version of it to make a certain point about it, but that’s clearly not what they were doing,” Mr Hinton said.

“You don’t have to do those shows, they’re not the only shows you can do.

“Don’t do them if you can’t cast them appropriately.”

The Department launched an investigation into the school after Gomez published racism claims on Facebook.

Gomez, who identifies as ‘them/they’, claimed they were told they couldn’t take part in a performance because of their Spanish accent.

“I was asked by a former fellow student in my year to perform vocals for one of the pieces that they were going to be performing for their final HSC,” Gomez said.

“They (staff) said to me that I wasn’t going to be able to sing that song because the only thing they could hear coming through the speakers was my Spanish accent and then they proceeded to laugh.”

Gomez was suspended towards the end of their HSC exams after making a Facebook post they said complained about the alleged incident.

“When they found out that I had posted something on Facebook, they took me to the office,” Gomez said.

“That’s when I was told that I wouldn’t be allowed to come back to school grounds after I finished my last exam on that Friday.”

The suspension notice said Gomez was suspended for “posting derogatory comments about a teacher on Facebook”.

Asked why they were raising concerns now, Gomez said they wanted to speak out over what they say is racism in the performing arts industry after the Rob Guest Endowment, a national musical theatre award, was accused of overlooking non-white artists.

“That has been something that has been on the forefront of my head as well as in the news and on everyone’s mouth during the last couple weeks in the musical theatre industry,” Gomez said.

“The schools have been a major component in creating this systemic discrimination that happens within the performing arts.

“Change should be included to ensure that no students are made to feel a certain way because ultimately them feeling a certain way will affect the amount of diversity we have in the industry as a whole.”