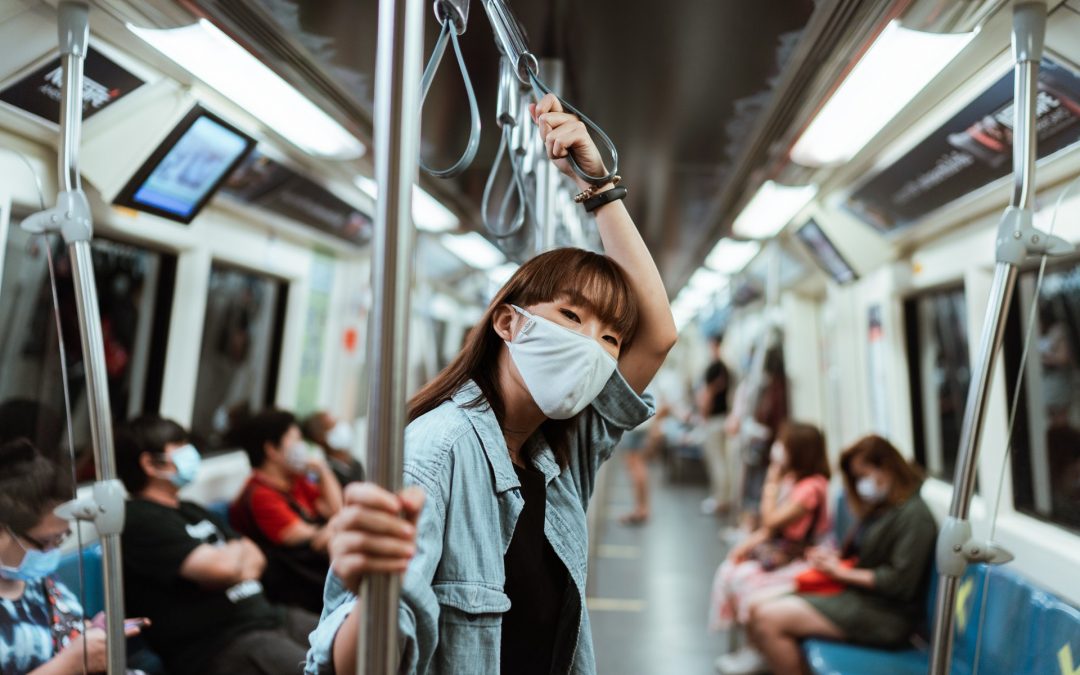 Australians panic bought toilet paper like no other nation during the height of the coronavirus-induced hoarding earlier this year and, like everyone else, Selina Zhen and her mother stepped into a supermarket expecting to encounter low grocery stock but were confronted with another issue.

The manager of an IGA store at Breakfast Point in Sydney’s Inner West accused the women of hoarding toilet paper, allegedly after he saw them speaking to other Asian people, and refused to sell them multiple packs of toilet paper.

Selina and her mother were shocked. They tried explaining they’d done nothing wrong and asked the manager to check the store’s CCTV footage to prove their point but he refused and asked them to leave. Customers supported the manager’s actions and hurled racial slurs at the women.

This is just one example of racial abuse against Asian Australians in the height of the pandemic. Other examples of anti-Asian racism include a woman spitting at sisters in Sydney’s Inner West and “COVID-19 China die” spray-painted on a family’s garage door in Melbourne’s east.

A handful of government bodies track racist incidents but there are gaps in the data.

State government body Anti-Discrimination NSW received 241 official complaints from the beginning of January to the end of April in 2020. President (part-time) of the anti-discrimination body, Dr Annabelle Bennett, told The Guardian that many enquiries aren’t handled by the body because the perpetrator is unknown and are referred to NSW Police.

Community advocacy group Asian Australian Alliance (AAA) is trying to fill some of the gaps in our knowledge of racist attacks related to COVID-19 and has created a survey for victims of anti-Asian abuse to share details of their experiences. The survey, launched at the beginning of April, had received 385 responses at the beginning of June.

The Inner West and Sydney CBD reported the highest number of incidents in NSW at 46 incidents, totalling 34 per cent of the 135 incidents.

Western Sydney reported almost half of the incidents in the Inner West and Sydney CBD. South Sydney and North Sydney represented less than 10 per cent of all incidents in NSW.

The most common place for a person to experience anti-Asian abuse is in a public space.

Women were more likely to face a racist attack. The number of racially motivated incidents against women is almost double than the instances against men. Sixty-five per cent of the respondents were women.

The preliminary data showed perpetrators used verbal and physical abuse against victims. There were 326 reported incidents in mid-May and many victims faced two or more kinds of intimidation acts.

Racial slurs like “Go back to China” and “Stop eating bats” were hurled to 61 per cent of the respondents.

Fifteen per cent of victims were spat, sneezed or coughed on.

Some racist attacks escalated to physical intimidation and threats. Seventeen per cent of the 326 incidents included verbal threats like “I will hunt you down”.

At least 48 people were shoved, pushed, tripped, hit, punched or kicked and 90 per cent of all respondents did not report the abuse to the police.

Since the survey’s launch there have been 385 reported incidents by the end of May. An American database tracking the same incidents, Stop American Asia and Pacific Islander Hate, recorded 1,710 cases over the course of six weeks.

Erin Chew, the national convener of the Asian Australian Alliance (AAA), said Australia had more incidents of COVID-19 related racism per capita than in the USA.

“There was 35 per cent proportionately more anti-Asian racism in Australia as compared to the US. If we had the same population, we’ve already passed 2,000,” she said.

Both databases share similar results. Data from Stop AAPI Hate revealed 37 per cent of recorded incidents occurred in public places. The Asian Australian Alliance found 37 per cent of respondents were harassed on a public street.

Ninety per cent of American respondents were convinced the racial attack was a result of the COVID-19 pandemic. Almost 80 per cent of Australians believed it was a direct link to the pandemic.

Ms Chew is concerned that there is a large volume of unreported incidents.

“We are happy that people are reporting but it’s also very sad to know so many cases are happening. If we didn’t put this survey out, a lot of these things would become unreported. Even then, many more are still not reported,” she said.

Several police units have reached out to the AAA since the release of the data.

Prime Minister Scott Morrison spoke up against perpetrators of racial abuse and told Australians to “stop it” in April.

“I deplore that sort of behaviour against any Australian regardless of their ethnicity or their religion or whatever it happens to be. And I think that is the view of all Australians,” he said.

Trade Minister Simon Birmingham denies claims of an increase in racist attacks against Chinese students after China’s Ministry of Education issued a warning for tourists to “exercise caution”.

Chinese international student Lydia, who does not want to disclose her real name, was not surprised by Mr Birmingham’s response and said that he should speak to an Asian Australian “who doesn’t cling to his bubble”.

“If I were a parent of a young person who wants to study in Australia, I’d be really concerned. I don’t personally take it as a serious thing but there’s a lot of truth in what they’re [China’s Ministry of Education] saying,” she said.

Other MPs are striving for long term approaches and are calling for a new national strategy to tackle the rise in racist incidents.

Andrew Giles, the Labor Shadow Minister for Multicultural Affairs, said in an opinion piece that he believes the pandemic is accelerating a “pre-existing trend of increased racism”.

“We need consistent national leadership in Australia that makes it clear this crisis requires us to pull together, not fracture apart. We need a new national strategy to tackle racism. A strategy that will enable us to work together to take action against racism, in all its different forms,” he said.

Ms Chew agrees there needs to be change in legislation and believes that the attacks stem from a larger issue of xenophobia in Australia. She said that the government needs to acknowledge the racial abuse as a hate crime.

“The reason why they don’t is because nobody wants to be known as a country with hate crime incidents. If it’s enacted, it can educate and spread awareness to all Australians. It can deter people because it’s a punishable crime,” she said.

Lydia said the pandemic exacerbates an anti-China sentiment that had been sitting under the surface.

“It’s like throwing mint into the coke. The coke has been there for a while, and you’re throwing in the catalyst. It’s not a really good time to be Asian in Australia,” she said.

Ms Chew and Mr Tan have said that collecting data is an effective measure in combatting racism.

“There needs to be a centralised depository for any type of hate crime. The only way for anything to change is you need to have data and without facts and figures, nothing ever changes”, Ms Chew said.

“The Australian Human Rights Commission would like to learn more about how police collect bias crime data and how it could inform our anti-racism work. There is need for a more systemic approach to collecting data about racism, whether criminal or not,” Mr Tan said.

While Ms Chew is waiting for the government to establish long term strategies, she believes speaking out and reporting will work for now.

“Personal stories are the way to get across to other people in terms of changing people’s attitudes. If you’re comfortable enough, go and report it further because it’s really important to keep these regulatory bodies still in existence. It’s strength in numbers,” she said.