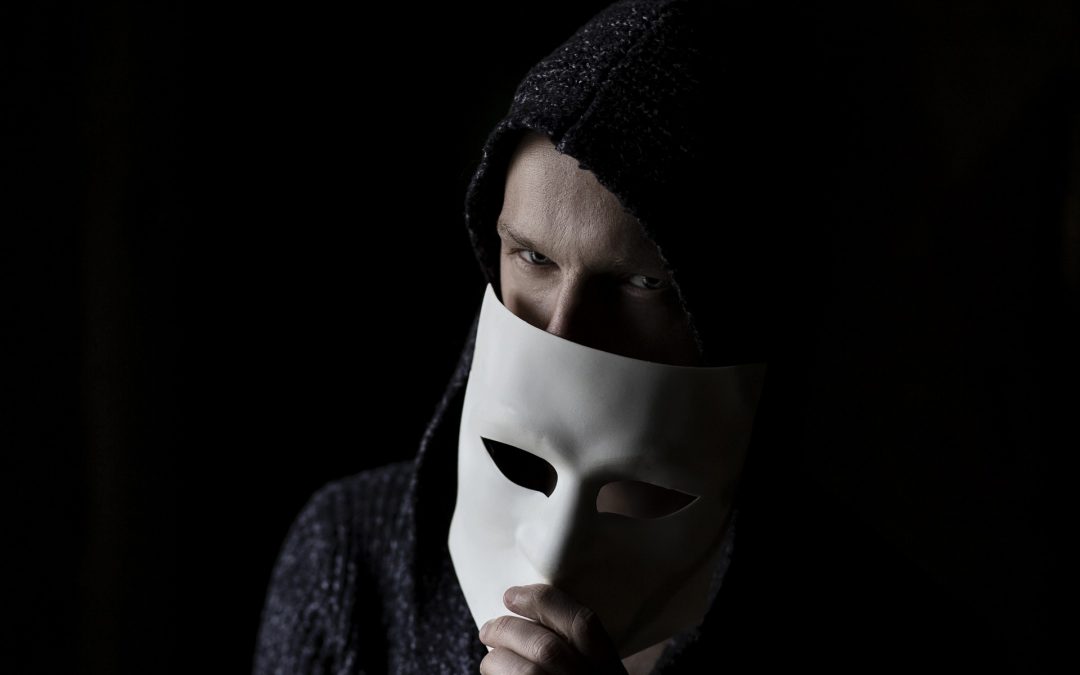 Data from the NSW Bureau of Crime Statistics and Research (BOCSAR) shows the rate of fraud offences has decreased in the City of Sydney local government area in recent years.

Data shows fraud offences in the City of Sydney LGA decreased by 10 per cent between January 2018 and December 2019, with 461 less recorded offences.

The Inner West recorded 172 fewer fraud offences, marking a 10 per cent drop over the two-year period. Randwick and Woollahra also reported a decline in the rate of fraud offences.

Neighbouring areas like the Inner West, Randwick and Woollahra shared a drop in fraud offences but southern Sydney suburbs recorded opposite results.

Bayside was close behind with 1,220 reported incidents in 2019, bringing a 9 per cent increase. Georges River was just behind on a 6 per cent rise with 54 more fraud offences than last year.

The southern Sydney areas contributed to a slight increase in New South Wales, with 392 more incidents from 52, 033 in the previous year. 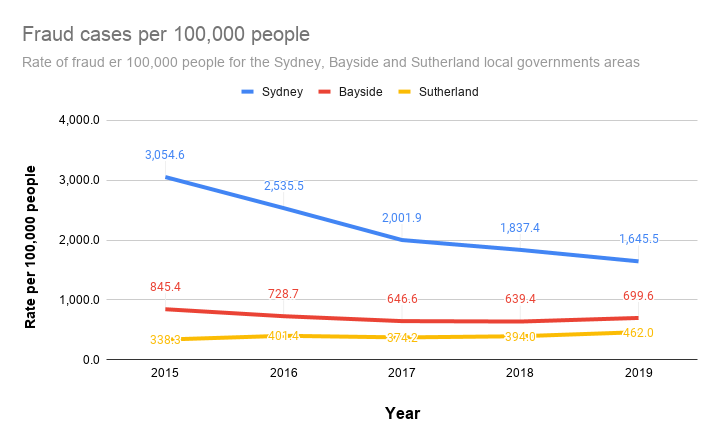 In August, the City of Sydney recorded the highest monthly number of fraud offences at 318. The Sutherland Shire peaked at 81 in February and October, and Bayside recorded 88 offences in March.

The City of Sydney experienced a higher volume of offences in March, May and August. The Sutherland Shire recorded spikes in February and October.

Bayside recorded its highest number of reported fraud offences in March while the Sutherland Shire experienced a dip.

Midday to 6 pm is the most common time for fraudulent acts to occur on weekdays in the City of Sydney LGA.

The time of day is becoming less relevant however as scammers are increasingly using technology to defraud their victims, especially since the COVID-19 pandemic.

Scam monitoring website Scamwatch, which is operated by the Australian Competition and Consumer Commission (ACCC), reports that it has received a large volume of fraudulent claims during the pandemic.

The website has received superannuation scams and financial assistance scams with some impersonating government agencies. Scamwatch gathers all Australian based scams and records the amount of money lost.

The website recorded a loss of $1,514,372 from victims scammed on mobile applications in April 2020. Last April reported less than a million dollars in loss, but this April saw a spike of 138 per cent.

Victims were also scammed through emails, text messages and in person. Contact through fax and mail did not amount to the same losses as online interaction.

“Understandably, people want information on the pandemic, but they should be wary of emails or text messages claiming to be from experts,” she said.