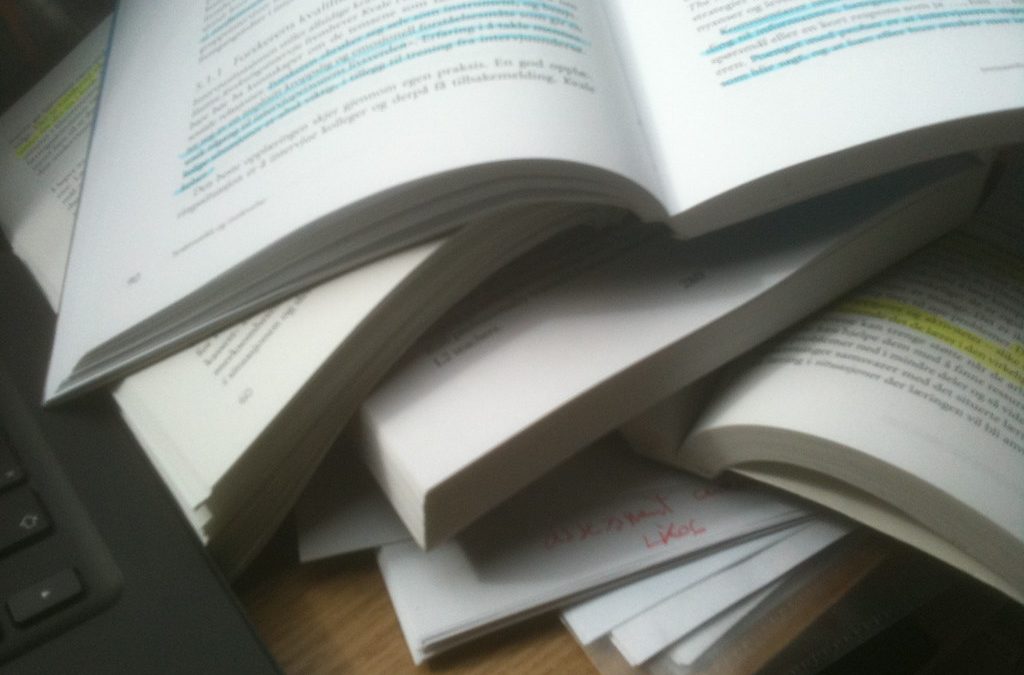 *Michael is a Cambridge graduate who says he worked at a UK-based ‘essay-mill’ for almost a decade.

From 2011 to early this year, he wrote and quality-checked hundreds of pages to be passed-off as someone else’s work.

While recent Australia-based research suggests students will more often outsource to people they know, there is also an industrial side to contract cheating that Michael says is better run than many corporations he has worked for.

Naturally a lot of people involved in contract cheating want to stay as far out of the spotlight as they can, so why have you then decided to speak to a journalist?

Because right at the end I’ve sort of stepped away from the industry for a while after a stint working in an essay mill– largely because I, of course, no longer want to be associated with that industry anymore. I’ve disclosed to the people that I work with my work history and they’ve been ok with that, so I feel I little more comfortable just stepping out and talking to someone.

Take us through how you got involved.

I was looking for part-time work opportunities on the internet, so that was the initial idea. In the process of searching, I found a blog discussing the issues raised in a book on contract cheating that came out in 2010 – which is pretty well known – the Ed Dante book. Obviously, it was not a positive piece about contract cheating, but in reading about the process of how it was done and the quantity of work that could be put out and the amount that was paid, I became interested in this as very much a part-time option.

At that point in time you’ve gone looking for a firm. The one you found, how did they advertise to you? Was it out in the open?

They could not actually go out and say they could guarantee a grade for a work. They would provide sample essays for students – just for their own research – and they (the students) could then use those sample essays to produce an entirely new work of their own. So, it was sort of positioned as academic help and I think that made it feel a little easier to do. But of course, after about two or three assignments you kind of figure out what’s actually going on.

So, at the time you completely understood what it was you were getting into. You knew that you were essentially writing for students.

Yeah, after starting at about January 2011, it might not have been clear at that point, but I think by about a month or two in it was pretty obvious.

Why did you do it?

(I) decided at one point that I would start a business. It was in relation the funding for that business, and ramping up that business to something that was sustainable, that I looked for part-time working opportunities that would be able to pay some of the bills of that side of things. All in all, I started about 10 years after graduating.

How much did you usually earn in a (UK) academic season? I remember you described it as “lucrative” in an email.

There would be a bit of an increase during the March to June period, and the reason for that is because that tends to be a lot of the heavier work, like the dissertations or the capstone projects. Obviously, students are going to be a lot more – well, I hate to say it, but – desperate about it, so they would pay higher fees.

If you could put a number on it, or an average per season, how much do you think you were making?

How did it work?

The way it works is that they (organisers) put out essays or certain types of work – essays, dissertations – and as a writer you could bid on certain contracts. You could estimate how much time each one would take and so you would plan according to your schedule. I think that was the kind of flexibility that was not available in most other part-time working opportunities.

Do you know if your work was ever detected?

As far as I’m aware, it might have happening once during the entire period, although even that was quite questionable. What happened was, if I remember correctly, there were questions raised, there were suspicions, but whether it led to a full expulsion or other forms of disciplinary action, I don’t actually know. If it goes down that road, writers are actually penalised financially for it, and I never was. So that leads me to suspect it was never really fully detected.

Were you worried about being found out?

The employers were very, very clear about erasing all metadata or all references to the original writer. A very big concern for people in that industry is that overtime students will actually, if they knew who the writer was, be able use other channels to contact the writer and deal directly and cut out the middle man. They were pretty strict about not doing that because that would really cut into the fees that they received for their (writers) work.

So, I did business and accounting finance for the cluster subjects in my masters program. If it was something that I knew a lot about, I could probably knock out a thousand-word essay in about two hours or so. Obviously, if it’s something that I had to do a bit of research (on), it would be about four hours.

In our emails, you’ve talked about writers, IT specialists, financial administrators, salespeople, a recruiter, even quality checkers. How sophisticated was the mill?

That particular mill was probably organised better than many corporate organisations that I have worked for. Everyone had very specific roles and because they were very cost-conscious, they made sure that they could get the latest technology that they could use to make the whole process efficient. Throughout this COVID-19 period, that actually worked out really well for them because it meant that everyone could work from home, wherever they were in the world. It allowed the entire process to flow just as smoothly as it did when they were in their offices in London. I think the bill that they spent for technology around about a million US dollars or something like that … The people themselves – a lot of them actually had academic backgrounds. A lot of the quality control people, for instance, were academics with PhDs, some of whom, scarily enough, were still teaching in universities … It takes some serious organisational skills.

Did you ever feel guilty?

You know, there have been many, many times at which I did feel that way, but obviously I think a lot of it was justified by the fact that I felt like I needed the money to get things going.

You touched on it a bit earlier, but why did you leave the industry?

For one, the attractiveness of the flexibility (from) writing like this went away because I don’t actually need that level of flexibility anymore because the financial pressures have gone away. There is a bit of selfish motive in the sense that all the work that an essay-mill writer does is essentially anonymous … I think for someone who’s looking to build a career – some intellectual property of their own in a sense – this is not an attractive option … You’ve essentially got money but not built something for yourself.

*Name has been changed. Interview has been edited for clarity and brevity