Colouring the streets of your town: the artists behind the masks 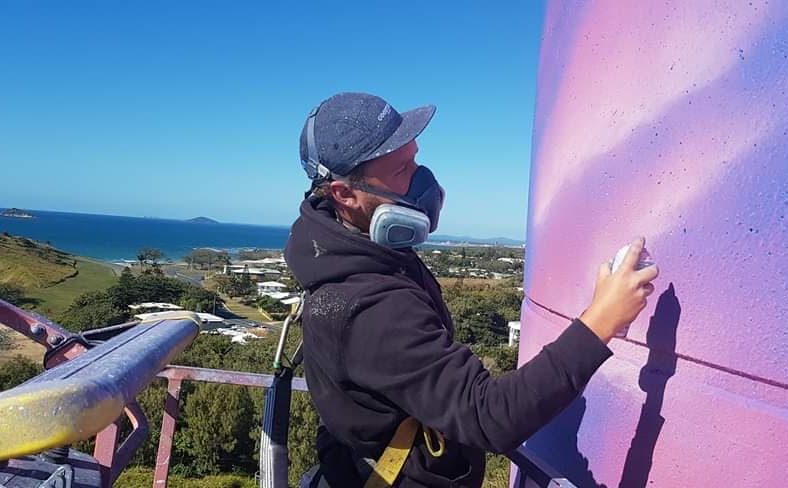 From illegal works to commissioned pieces, mural artists are emerging out of the darkness to give a sense of identity to communities.

Internationally recognised mural artist, Scott Nagy has been creating street art since he was a teenager. His surreal artworks focus on environmental scenes and figurative works inspired by relationships with the natural world.

Mr Nagy’s most recent work, a mural featuring rosellas on a water tower in the rural town of Milbrulong is part of his ongoing series on water towers around Australia. Mr Nagy believes murals bring a sense of pride and identity to a community.

“The mural becomes part of the fabric of the community,” Mr Naggy said.

“If the mural is enjoyed by the public, it reaches them emotionally.”

His previous works grabbed the attention of the local council who approached him with the prospect of commissioning the work. Milbrulong is the Indigenous name for rosellas, thus the meaning behind the bird design.

Whilst Mr Nagy is a recognised muralist, many street artist choose to work with an alias, undercover of dark, producing murals on unauthorised sites. While illegal, some works become embraced by the community.

Freelance videographer and film maker, Jack Kenna has been documenting street artists in his ongoing social media series Tin Shakers. His goal is to share an insight into the artistic process and culture behind street art.

“I like to showcase street art in a positive light in my videos through sharing the process and skills involved.

“I think illegal street art has its place, it’s a form of expression.”

Mr Nagy said that councils commissioned him to paint murals around their area, as it deters graffiti and annually costs about the same to remove graffiti.

“People have a respect for other artists work, once large scale murals are painted, they are rarely defaced,” he said.

The next episode of Tin Shakers, documenting the completion of Mr Nagy’s work, is expected to be released soon.