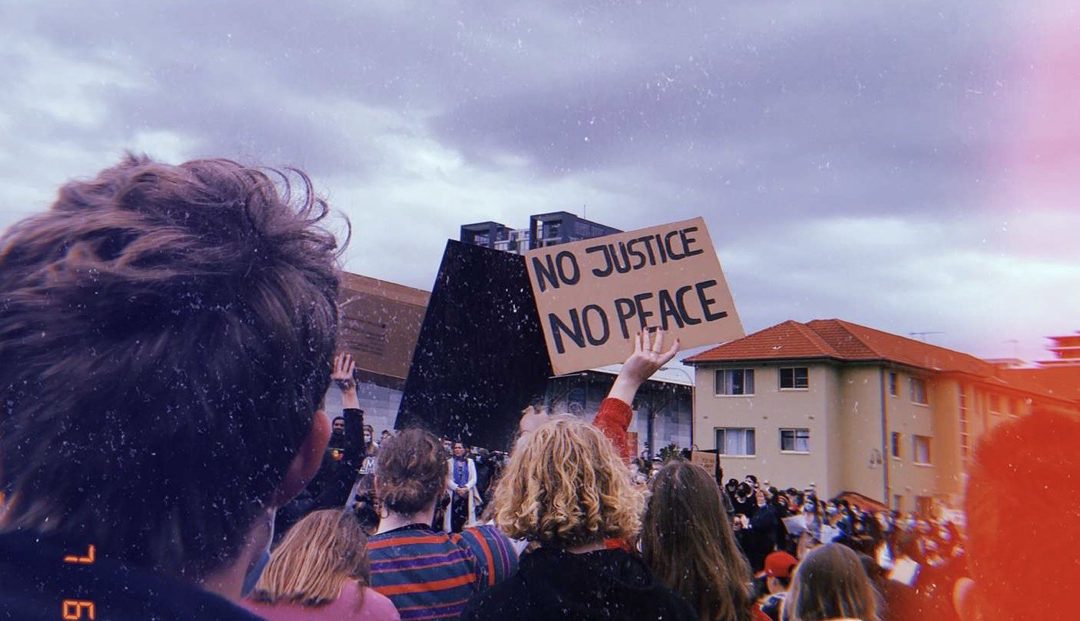 Thousands of Illawarra residents have made their voices heard showing up in force at the Black Deaths in Custody protest.

The rally in Wollongong focused on racial injustice and discrimination within Australia, as well as standing in solidarity with the United States Black Lives Matter movement, following the death of George Floyd.

Shellharbour resident Zoe Rose said she felt ignorant to the extent of the racism issue and believed the movement has pushed her to commit to the fight.

“I think racial justice is a long time coming and it’s something that has always been an issue in Australia,” she said.

“I was so ignorant to the amount of police brutality and racism that happens in America, and here as well.

“Being able to take responsibility for our past and doing things that are forward-moving and forward-thinking to change is the right step in making sure it doesn’t happen again.”

The protest, organised by NUS Against Racism, was attended by over 3000 people.

Social distancing measures were pushed by the organisers, and masks were provided for those who didn’t have their own.

Unanderra resident Ashlee Smith felt that the issues could not be more relevant in modern Australia.

“The protest held in town was actually the perfect way to involve people from Wollongong in the fight towards equality,” she said.

“I chose to attend the protest because I feel really strongly about the overall topic of equality.

“I see racism, inequalities and injustices every single day, even through the smallest of ignorant actions, and quite frankly I’m sick of sitting on the sideline.”

A second protest for Black Lives Matter is set to be held in Wollongong on June 20.

Ms Rose said she would also attend the next protest adding that persistence and courage are key.

“It takes a long time for change to happen in governments and in the world,” she said.

“You can look at history and see the lengths of the protests that have been held for women’s rights and gay rights.

More information regarding Saturday’s protest can be found at the NUS Against Racism Facebook page.