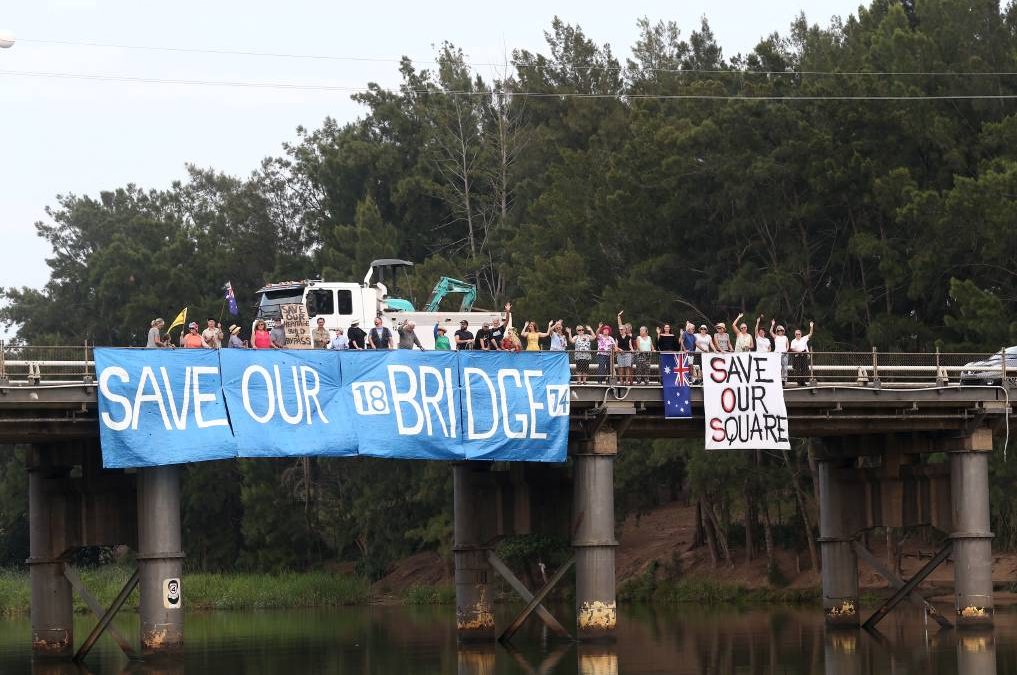 Passion, courage and hard work are the words being used to describe the Hawkesbury community after fighting for seven years to save historic Thompson Square and the Old Windsor Bridge.

Community Action for Windsor Bridge volunteer Terry Gordon has praised the community for putting up a good fight to preserve the town’s history.

“Members of this community have sat out in our protest tent in Thompson Square every hour of every day for the last seven years, so much hard work has gone into trying to save the square and bridge,” he said.

The community action group has over 14,000 signatures on a petition to save the historic sites, that has now been sent to the Premier of New South Wales.

Hawkesbury resident Georgia Holdforth said he was against the Road and Maritime Service proposed plan that would see the sites destroyed.

“I signed the petition and so did my whole family,” she said.

“Almost everyone you ask that is a local resident will say they have signed it.

“This is infrastructure that was built when the town was first settled in 1794. We have to protect our history.”

The seven-year fight has seen the construction of the New Windsor Bridge which is now open for use. The Road and Maritime Service proposed plan outlines that phase two would mean the demolition of Thompson Square and the Old Windsor Bridge.

Thompson Square is the oldest square in Australia and the Old Windsor Bridge was listed on the Heritage and Conservation Register of the New South Wales Roads and Maritime Services in 2004.

“The fact that the area is listed as a heritage site, yet we are still fighting for its survival is unnerving and heartbreaking to me,” Mr Gordon said.

“We are so grateful to everyone who has volunteered for us. We have people who sit out in the middle of freezing winter and extremely hot summer.

“I think the dedication is shown through that. That’s how much we love the rich history of our town.”

The Community Action group has occupied the space for over 2500 days, with volunteers working in pairs in four-hour shifts.

They have vowed to continue the peaceful protest for as long as it takes. The stream of volunteers has not slowed despite the Covid-19 pandemic .