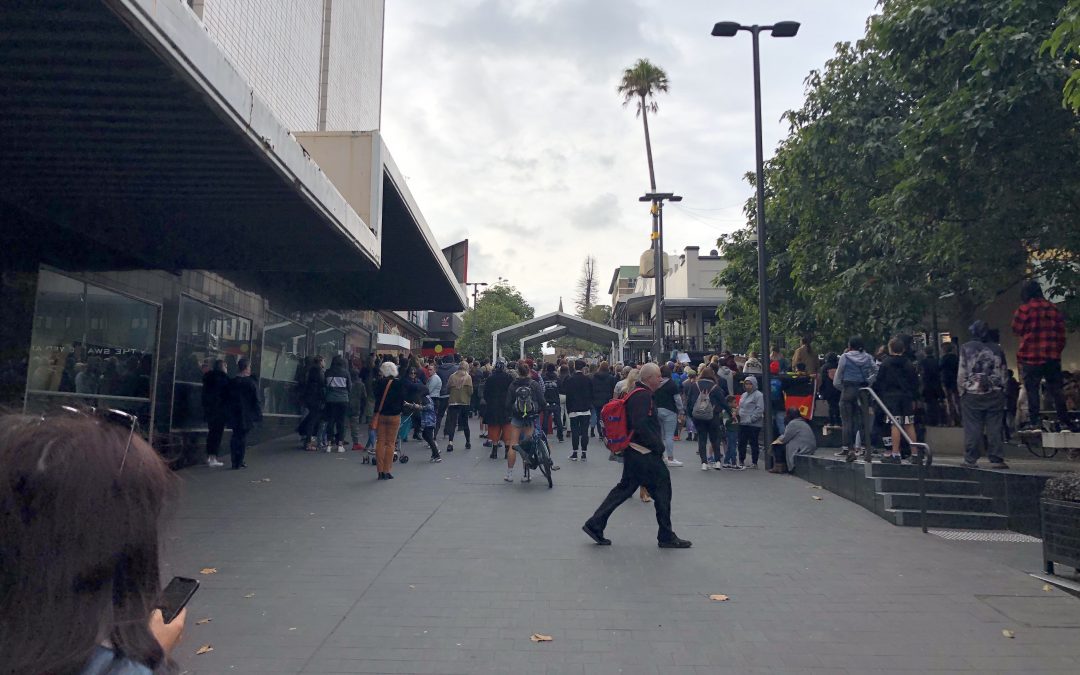 The Black Lives Matter protest in Wollongong’s CBD has been hailed a success with over 1500 people peacefully attending the rally.

The death of George Floyd at the hands of alleged police brutality in the USA has sparked global discussion of the mistreatment of African Americans in custody.

Wollongong protestor Greta Brown said there has been mistreatment and discrimination against indigenous Australians and believes now is the time to change.

“I care about indigenous Australian and African American people’s lives and I really want to support that,” she said.

“I want to be on the right side of history today.”

Mr Floyd’s death and the subsequent movement has highlighted the injustice of indigenous deaths in custody, with more than 400 Aboriginal and Torres Strait Islanders having died since 1991. This injustice is the motive behind the BLM protests around Australia.

The peaceful rally was considered a success despite COVID-19 restrictions threatening the event.

Police presence was limited, with little to no interference, many officers observing the protest from a distance. There were no incidents of violence recorded.

“The reason why I attended the BLM protest was because of the on-going injustices that  Aboriginal people still face in Australia,” she said.

“Heaps of my friends are aboriginal, and I wanted to be there to support them.

“My university degree has also opened my eyes to what Aboriginal people face and what they have to go through in Australia.”

The loved ones of those who have died in custody shared their stories at the rally and in response, the large crowd kneeled to show their respect.

Free hand sanitiser, medical and hygiene equipment were given out freely to promote staying safe from COVID-19, an issue which still threatens the City of Wollongong and the rest of the world.