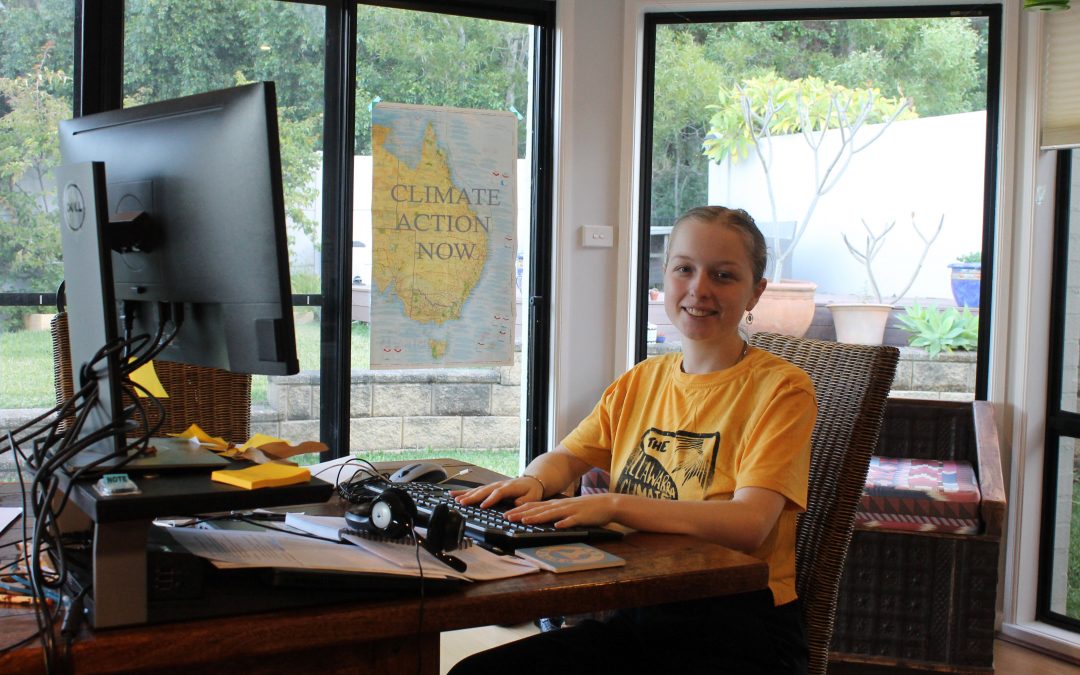 Local climate activists have found creative new ways to protest and advocate online in the wake of  Covid-19 restrictions.

The Illawarra Climate Coalition (TICC), has taken part in an online protest for climate action through Zoom meetings, as well as establishing a video petition that will be presented at the next Wollongong City Council meeting.

The group plans to advocate for the allocation of more funding towards sustainability programs, such as the Food Organics / Garden Organics program.

TICC co-facilitator Naia Webb explained that the petition collates videos filmed by supporters from the comfort of their own homes.

“The video petition is a collection of videos from people in the community trying to encourage the local government to hold sustainability in the forefront of their minds,” Ms Webb said.

She added that the process of putting together the petition had been a success receiving a lot of support from within the community.

“We’ve had a really good response, and people have been enthusiastic about the idea, hopefully the local government will be too,” she said.

“Our campaigns have changed from physical protests and meetups to online petitions, letter writing and even phone-calls to older supporters, just to check on them during this isolating time.”

TICC co-coordinator Bella Gould said that whilst advocating for change has been difficult due to the restrictions, protesting online has had its own advantages.

“It has allowed anyone to join from home, so people who would have struggled to attend rallies can now join in and become a part of the activism community,” Ms Gould said.

“Video petitions have also been a great way for people to have their voice heard as we usually don’t have a platform where everyone can speak.”

The petition will be shared online so that the message is also able to reach a wider audience and raise awareness of the cause.

The Wollongong City Council public meeting will be held on June 29.