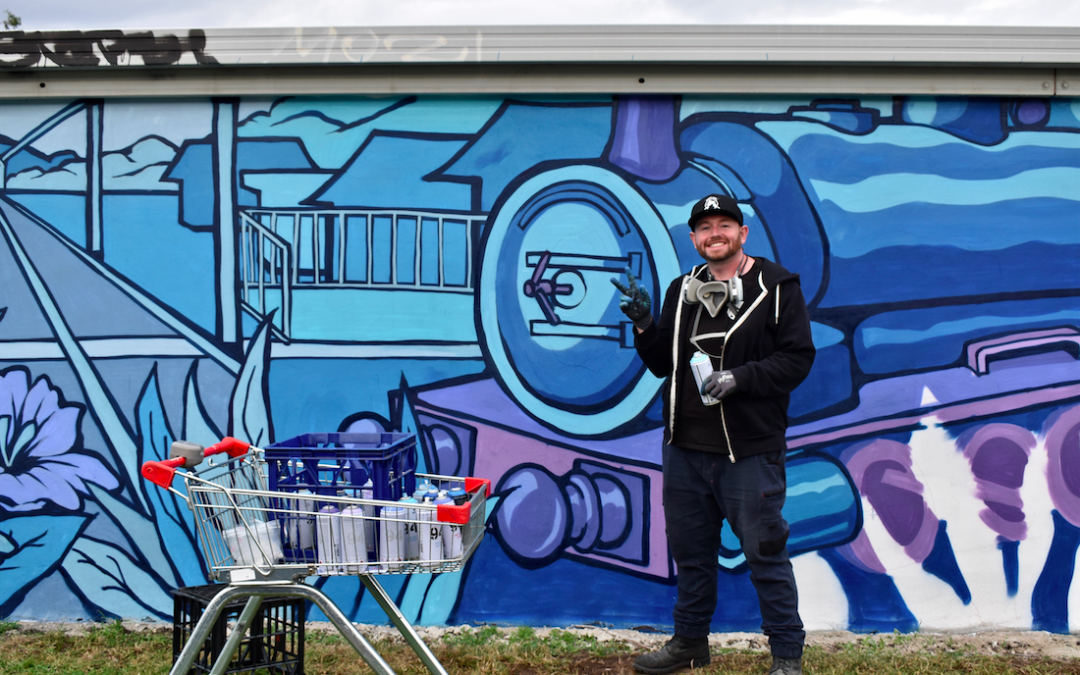 A community art project that combines the creativity of local students and professional artists has seen two new art installations in Corrimal.

The new exhibition space has been been installed next to Luke’s Place Playground in the form of four solar powered light boxes.

The students from local primary and high schools spent time with artist and musician Nicole Smede to write poetry in response to stories shared by the region’s indigenous elders.

“The aunties involved in the project shared their personal experiences and dreamings and were an integral part of the poetry writing process,” Ms Smede said.

“Through their gentle approach and generosity, they opened up elements of this land’s history and brought a deeper connection for the students to reflect in their writing.” 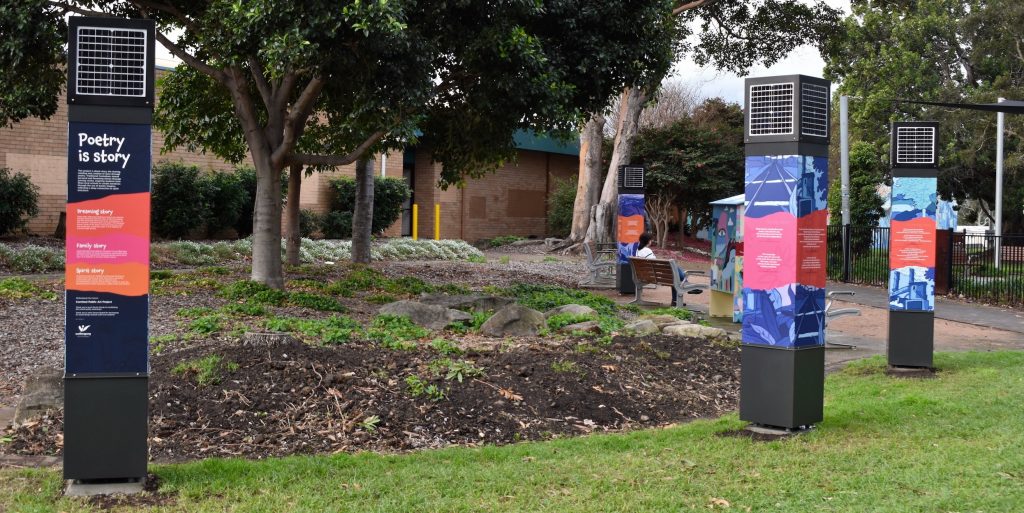 “Poetry is story”: The light boxes located next to Luke’s Place Playground use solar power during the day to light up at night.

Ms Smede said she hopes the exhibition is received as a celebration of the community, instilling a sense of pride and belonging to the area.

“I hope that the joy of sharing stories, connecting to land and the place where we live, and the students creative responses will be an inspiration for the Corrimal community,” she said.

“I asked them to draw memories of growing up in Corrimal and what the area means to them,” Mr King said.

Using their responses, Mr King then created a piece of art based on elements of their stories that represented local experience and celebrated the area’s history.

The landscape background represents the suburbs position between the mountains and the sea.

“I think the mural is very personal to Corrimal’s identity and I really wanted locals to be able to walk past it and identify and relate,” he said.

Mr King also intended for students to identify with the mural, as contributors to the process.

“Displaying actual kid’s pictures and stories as part of the work cements them into the area’s history and gives them something to point to that they have contributed to artistically,” he said.

The completed mural will be ready for public viewing in the coming weeks.