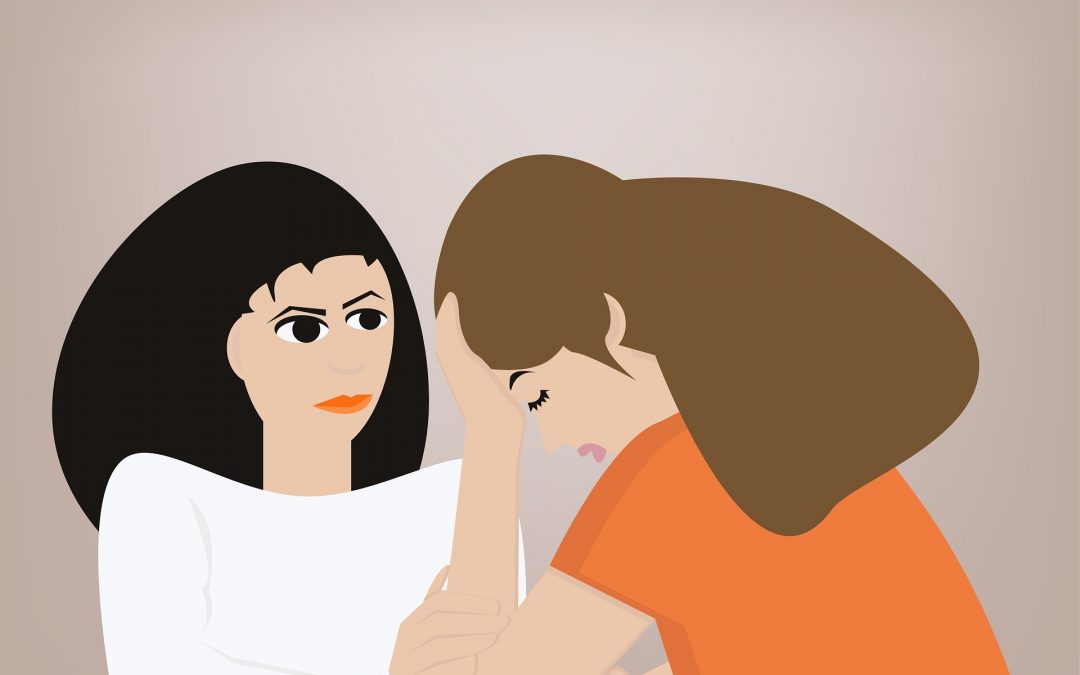 New data from the Australian Bureau of Statistics (ABS) has revealed that although household stress has risen, people are not reaching out for support.

From late April to early May, 90.2 per cent of individuals reported that they did not seek support from others during the COVID-19 breakout despite data showing an increase in household stressors.

Professor of Mental Health Nursing Lorna Moxham discussed why people who are experiencing mental health issues may not reach out for help during difficult times.

“We have known for a long time that help seeking for mental health is much lower than for physical health issues. Even more so for men than women. Despite many media, public health and social awareness campaigns, reduction of stigma surrounding mental health is slow to be realised,” Professor Moxham said.

Data shows that the main reported personal stressor experienced by individuals was that people were suffering from loneliness as well as having problems maintaining a healthy lifestyle. 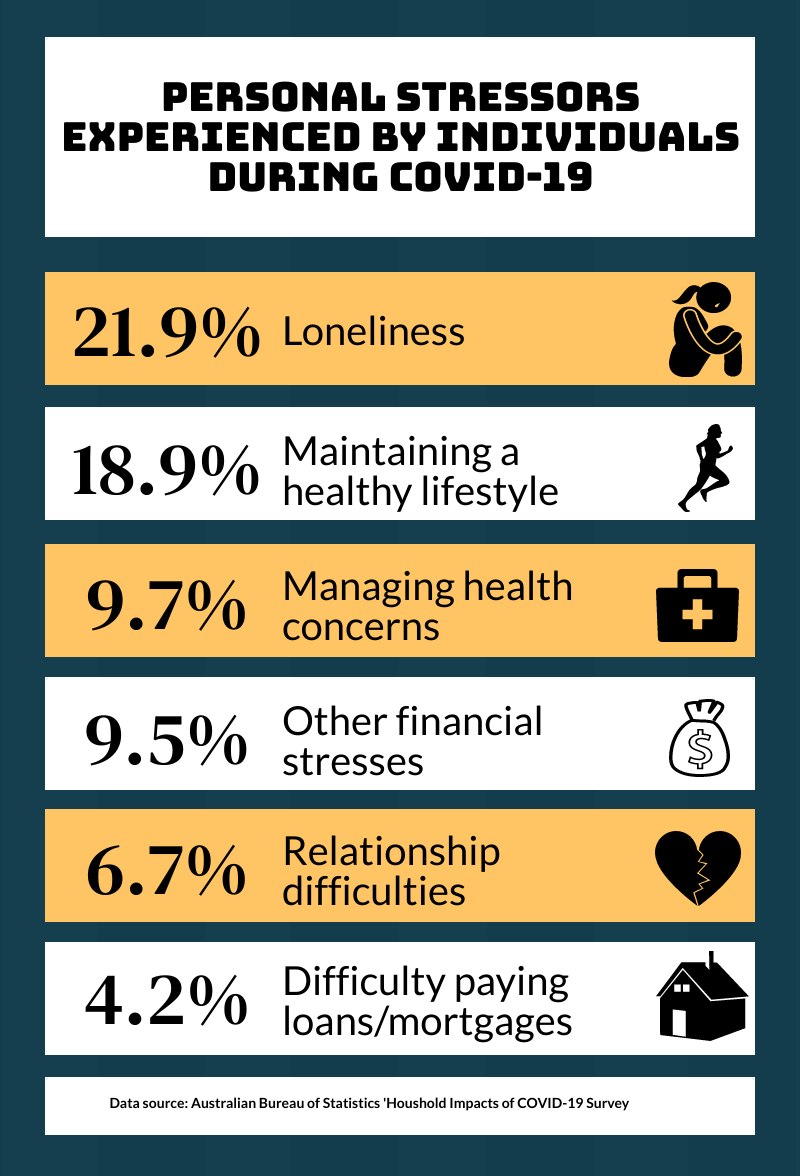 Although maintaining a healthy lifestyle was one of the main stressors reported by individuals, data revealed that there had been a 25.4 per cent increase in physical activity or exercise.

The ABS also identified that the most common stressors experienced by household members during COVID-19 were due to other financial stresses, involuntary job loss and not being able to get a job. 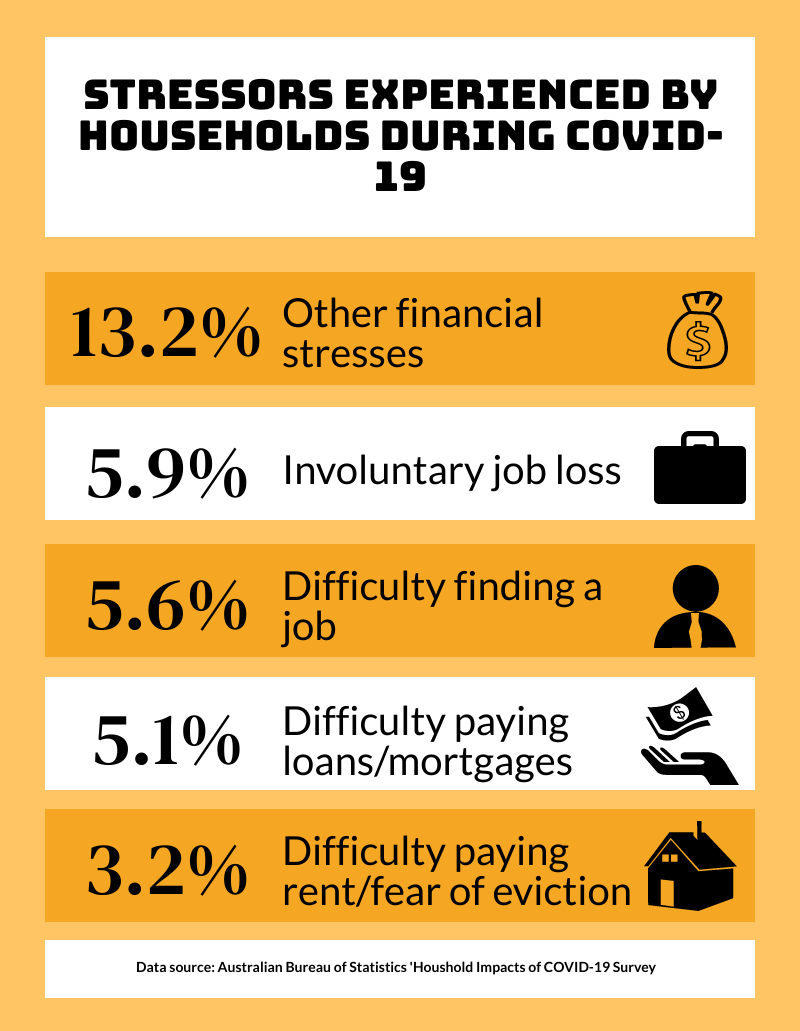 The National Mental Health Commission recognised the increase in anxiety and psychological distress since the outbreak of COVID-19 in a recent media release.

“Currently available data indicates that there are higher levels of reported anxiety and psychological distress in the general population, and that some people with severe, complex and chronic mental illness have disconnected from services” a spokesperson for the National Mental Health Commission said.

This observation is consistent with data revealed by the ABS with only 9.8 per cent of people reportedly seeking support from others between April and May.

Data reveals that of those that did seek support, 77.2 per cent of people who did reach out received it, and 70.6 per cent received it from a family member.

Professor Moxham also highlighted the need for early education in mental health for stigma to be reduced within society.

“I think this needs to start young. Tell children from a very young age that it’s okay to ask for help. Let’s put money into prevention rather than intervention,” Professor Moxham said.

The survey conducted by the ABS also revealed that the main reasons why people didn’t seek health professionals in person was because their appointment was cancelled or deferred indefinitely. 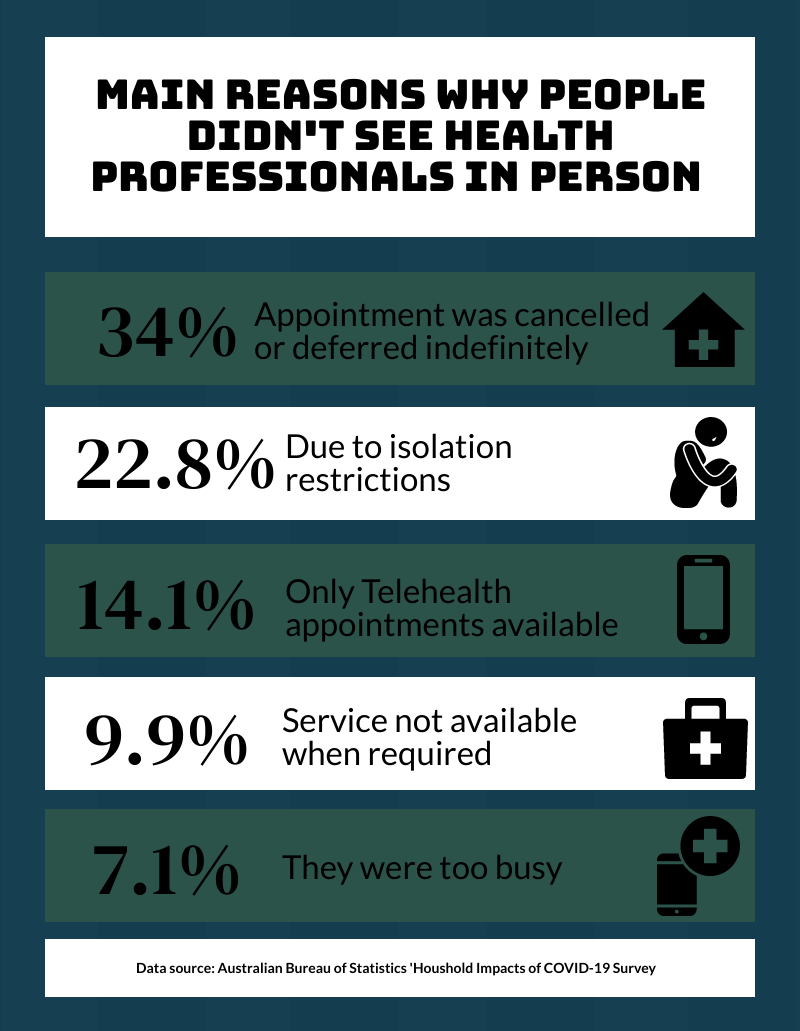 Data revealed that due to the restrictions placed upon individuals and medical facilities they weren’t able to attend an appointment in person or the service wasn’t available.