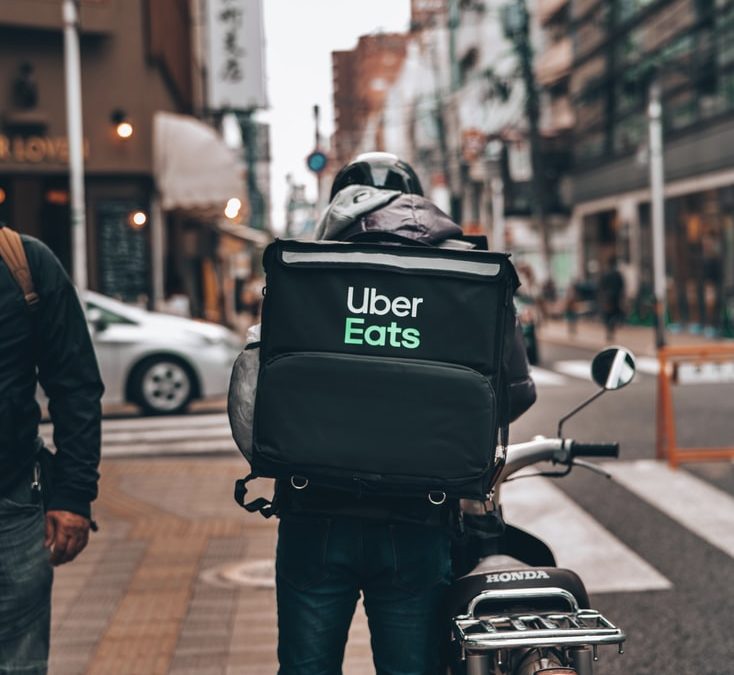 The latest data from Illion shows over the last five months Australians have spent the most amount of money on food delivery services than on any other category.

This was followed by spending on furniture and office goods which increased by 130 per cent, online gambling by 64 per cent, while alcohol and tobacco spending has increased by 54 per cent. This data was based on a weekly sample of the transactions of 250,000 Australian consumers.

Meanwhile, heavy economic loss is faced by sectors that were forced to close when the pandemic was announced. The data shows consumer spending has decreased on gyms and fitness by 91 per cent, pubs and venues by 77 per cent, public transport by 73 per cent and travel expenditure decreased by 51 per cent.

As the weekly spending on food delivery has more than doubled, Uber Eats encouraged the transactions.

In March, Uber Eats announced they would assist more than 22,000 restaurants on the platform in Australia and New Zealand to remain open. This assistance was provided as a $5 million fund available to restaurants so they could offer promotions to increase their customers. Additionally, Uber Eats stated further initiatives to ease the economic blow including a five per cent discount on the 35 per cent service fee for delivery orders.

Better late than never, thanks for the 5% discount @ubereats_aus ! @deliveroo_au where you at brah?

“There are thousands of small businesses in the restaurant, café and catering industry that have felt the full force of the coronavirus outbreak, with some reporting bookings and foot traffic down between 80 to 100 per cent. These measures by Uber are very welcome as they allow small businesses to quickly pivot to still be able to serve great food, keep their doors open and keep staff working throughout these difficult times.”

Owner of restaurant His Boy Elroy, Lachlan Stevens believes the Uber Eats 30 per cent commission is still too high and other services including Deliveroo should consider the same.

“[It] obviously helps when you have around 150 orders per week. It is however a far cry from where it needs to be and I question the motives of dropping that commission rate, is it merely to water down the scrutiny these platforms have received over the past months?” Stevens said.

“We are also asking Deliveroo to come to the table and match their 30 per cent.”

Restaurants and bars in the Illawarra adapted to the restrictions by operating as a takeaway-only service. In support, a Facebook group titled ‘Illawarra Menus’ was formed and now has more than 37,000 members. Taking the opportunity to advertise and educate, many businesses encouraged customers to order directly from them, rather than third party delivery services.

“Don’t forget too – they [delivery services] are charging food businesses that generally only make nine per cent profit in Australia a 30 per cent margin. And they’re generally passing on lower than minimum wage to the delivery person. That means an awful lot of money is going nowhere but to the delivery company.”

Overall, total consumer spending has increased by 13 per cent since its lowest point in late March when total spending was 17 per cent below the normal rate. Total spending per person which includes discretionary and essential spending is now four per cent below normal spending levels. This increase correlates with the recent ease of restrictions during the coronavirus pandemic which allows non-essential shopping and more businesses to operate.