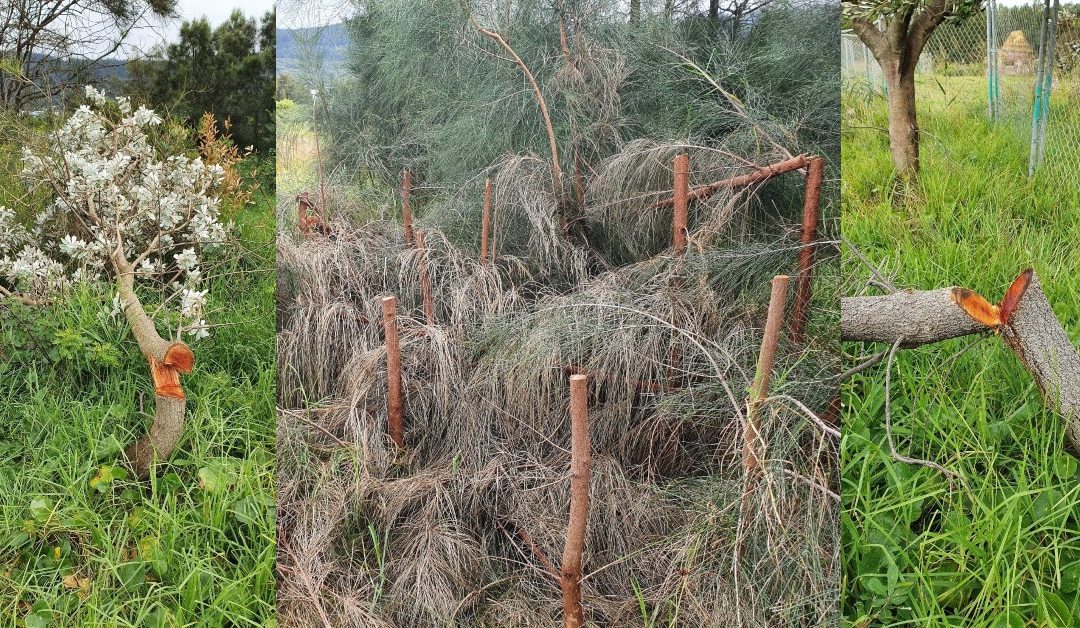 A letter drop has been performed within the area to prompt witnesses as part of the council’s investigation into the incident.

Wollongong Lord Mayor Gordon Bradbery called the site the “city’s greatest treasure” and describe the incident as a “gross act of cultural vandalism”.

“The council has called upon anyone who may have witnessed anything to give us that information or report it to the police so that we can prosecute,” Cr Bradbery said.

“It’s just a blatant act of vandalism, on a site that has great cultural significance to the aboriginal community but not only that but for our city.”

The person or persons responsible for the incident could face fines of up to $550,000 or two years imprisonment because the site is protected under special legislation.

Sandon Point is one of a few dedicated indigenous sites within the state, with ancestral connections to the land dating back thousands of years.

The location is home to the Kuradji burial site, which outdates the Egyptian pyramids at 6000-years-old, and is considered one of the most significant Aboriginal burial sites in the country.

Cr Bradbury raised concern the recent destruction may have consequences to undiscovered artefacts.

“The reality of the damage is that it also destabilises sand and in the sand, there are traditions of burials and also artefacts,” he said.

“So the reason why that vegetation is there not is not just for aesthetic purposes and environmental purposes but it’s there to protect the artefacts that are locked up in the sand at that location.”

Suspicion has been raised via the council’s social media page about whether the trees were cleared to improve ocean views for residents.

Greens councillor Cath Blakey confirmed the allegations were being investigated.

“It seems to be that the trees that have been targeted form a bit of a corridor that maybe someone’s done to improve their view of the surf, but it’s really disappointing to see that it’s happened,” Cr Blakey said.

“It seems particularly selfish to me because that’s a site that has been regenerating for over 20 years.”

A comment online that suggested the action was carried out by a person closely involved with the former Aboriginal Tent Embassy was being investigated.

“The allegations that it might have been an Aboriginal person are being investigated,” Cr Blakey said.

“There’s a commission of inquiry into the bushfires at the moment and there’s a lot of recognition that the Aboriginal community has managed vegetation for a very long time.

“There’s a lot that the broader community can learn about that but whether that’s the case in this matter, it’s still to be confirmed.”

Cr Blakey commended the community’s response to the incident.

“There’s been such a community outcry about it and there’s been a lot of concern regarding the vandalism that has occurred,” she said.

“There have been lots of people calling for banners and billboards but the most important thing is to do the replanting and make sure that these trees can be replaced and vegetation could be restored.”