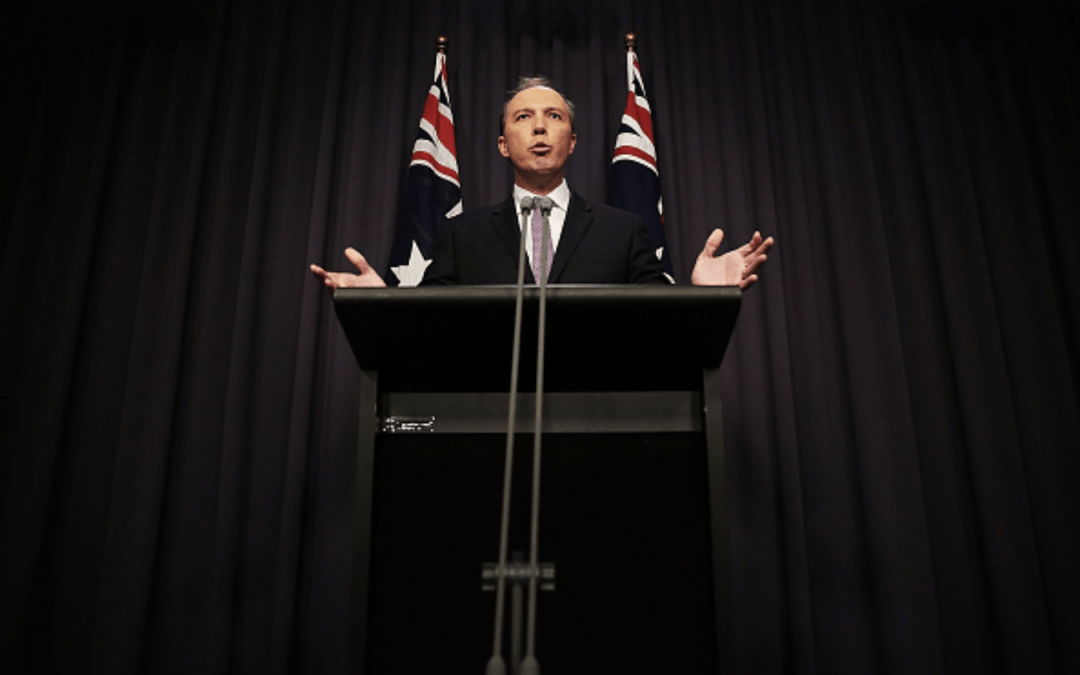 National security is built on the foundations of protecting citizens from potential threats seeking to harm others, and to protect the nation’s interests. Amid the COVID-19 pandemic, our biggest physical threat is no longer one we can see. But while the coronavirus takes up a majority of the news agenda, other mounting threats to life as we know it are perhaps getting less attention than they deserve.

It comes at an unprecedented time, and appears convenient that the proposed Home Affairs Minister bills have been presented during a period where the Federal Parliament is not sitting in-full, and where the focus of the media and the public has been overshadowed by the COVID-19 crisis.

The draft laws introduced to parliament propose AFP and ASIO will now have the power to question potential terror suspects from as young as 14-years-old.

An article by ABC News political reporters Jade MacMillan and Matthew Doran details how the Home Affairs minister argues the amendments will “modernise” the powers held by ASIO — powers granted in the wake of the September 11, 2001, terrorist attacks. More than 50 similar pieces of legislation have been introduced since then, with most, arguably, having detrimental impact on media and personal freedoms and personal privacy.

According to Mr Dutton, we are facing a wider range of threats to our national security, including some involving minors. In Doran and MacMillan’s article, the minister describes this as a “sad reality” and that we need to “be realistic about the threat”.

“We’ve seen instances where we have had disruptions of younger people that have been planning attacks in our country, so this is a real threat,” he told Federal Parliament.

Under Schedule 2 of the proposed amendments, the legislation would also permit ASIO to plant tracking devices in individuals’ cars or in bags without their knowledge, with only internal approval rather than a court-issued warrant.

When the ‘Watchdog’ can go hunting

The ASIO Amendment Bill (2020) details an individual, selected by government, will have the ability to restrict an individual being questioned by ASIO from legal representation of their choice. This is would be implemented in circumstances wherein a suspect contacting their lawyer could potentially alert other persons of interest, or that potential evidence could be altered or destroyed.

The amendments have been described as a way to ensure Australian intelligence officers have the capacity required to tackle potential terror threats that remain ‘unacceptably high’. However, it is at the expense of individuals who, in some cases, may not have the ability to choose their own legal representation. This displays an inherent threat to an individual’s fundamental right to seek legal counsel, when they are under investigation by ASIO. It also presents a potential issue of coercion through intimidation that could be used by ASIO officers, while investigating minors for these criminal offences, where no legal representative is present.

When all that is left is to tackle the media

Minister Dutton has also introduced the Telecommunications Legislation Amendment (International Production Orders) Bill 2020, which seeks to enable Australian’s intelligence agencies to evade protective measures in place to protect the pursuit of a journalist’s sources, by way of outsourcing intelligence services to spy on Australians via foreign offices.

This can be perceived as an attack on public interest reporting because the proposed amendments include the introduction of agreements between Australia and countries such as the United States that permit access to telecommunications information and data stored by foreign tech companies.

In short, if a journalist’s data was stored by a US company – such as Microsoft or Google – ASIO would have the ability to access the data – and potentially gain information on a journalist’s sources – without the need to consult each other’s government first, or having to procure a Journalist Information Warrant (JIW).

The JIW was introduced as a measure put in place for journalists after the Telecommunications Amendment (Data Retention) Act 2015. Under these amendments, telecommunications providers – such as Telstra – are required to retain metadata relating to their services for at least two years.

Amendments made prior to these fall under the Telecommunications (Interception) Amendment Act 2006, which granted security agencies and the Australian Federal Police (AFP) the ability to monitor phone calls, emails and text messages between individuals who have previously been associated with others accused of various crimes.

Safeguards, such as the JIW, have been put in place to create an extra “layer” in preventing government agencies from accessing a journalist’s data to determine the identity of whistle blowers and other sources. Therefore, if such amendments come into effect, the identities of sources may not be protected and could lead to individuals facing criminal punishment if their identity is revealed.

This poses a major concern for journalists who hold the ethical obligation to protect the identity of their sources. The introduction of the amendments conflict with the MEAA’s ‘Journalist Code of Ethics’, specifically Clause 3 that dictates confidences are to be respected in all circumstances. Source security is  recognised by the United Nations as vital to free and independent media reporting. Therefore, by limiting this, it could be argued government agencies are violating human rights, such as the freedoms of opinion and expression, by impeding public interest journalism.

Minister Dutton’s moves follow an article published by News Corp reporter Annika Smethurst in April 2018, which brought to light letters between Mr Dutton, and Minister of Defence, Michael Pezzullo (check this, detailing the expansion of surveillance powers for the Australian Signals Directorate (ASD), Australia’s cyber-security agency. Ms Smethurst is facing prosecution over the report  and has remained quiet on the identity of her source.

What does this mean going forward?

If these two bills were to take effect, we would see individuals as young as 14-years-old be prosecuted by government officials without proper legal representation, and the identities of journalists’ sources, past and present, may no longer be safe.

We could see an attack on the fundamental rights of individuals, and freedom of media reporting, all under the guise of ‘national security’. Therefore, if such powers are granted, ‘Big Brother’ moves out of the shadows to be in front of us, waiting and watching.