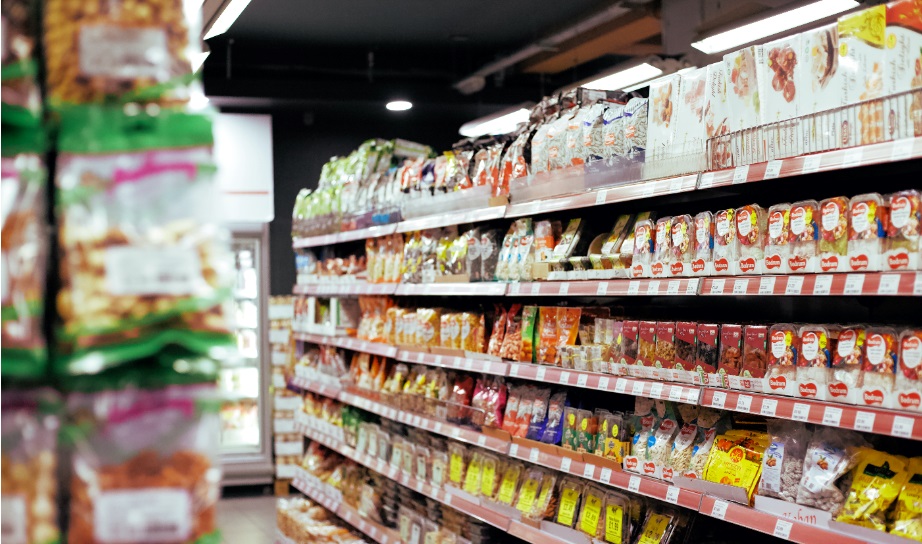 Supermarkets continue to market junk food toward shoppers despite increasing rates of obesity, according to a report from Inside Our Supermarkets Australia 2020.

The project conducted by The Global Obesity Centre (GLOBE) via Deakin University’s Institute for Health Transformation, is an assessment of the major supermarket chains and the display and promotion of unhealthy food.

The research found all major food retailers still apportion large amounts of shelf space and promotions toward junk food. This includes end of isle and checkout displays, where people are more likely to succumb to impulse buying.

Dietician Alicia Thackray practices in a wide variety of weight management areas and said, as well as the availability of unhealthy foods, she had noticed an increase in confusion from consumers, which she believes is due to social media.

“Not only is it easy to pick up high energy foods they are also marketed in a way that says we will be happier life with them, and in an every increasing busy lifestyle convenience is always appealing,” Ms Thackray said.

“There is also a lot of misinformation out there so it can be confusing to make the right choice.”

Data by HealthStats NSW, shows a steady increase in obesity in a little over a decade, but this newest report shows that supermarkets have not changed their tactics regarding marketing of unhealthy food and beverages. 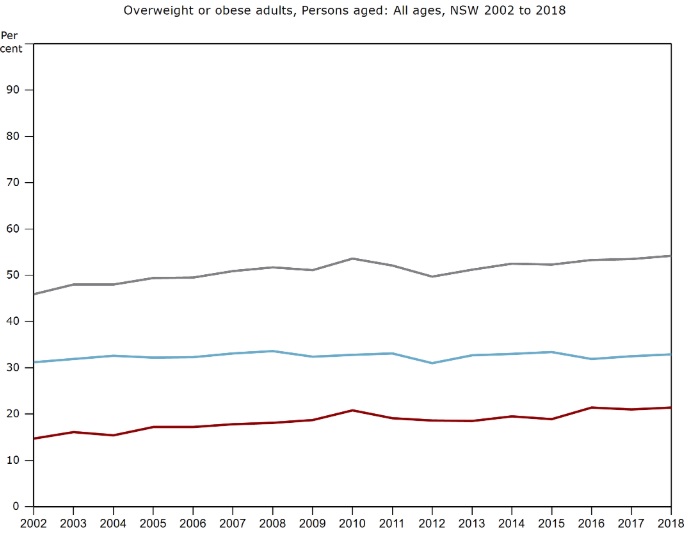 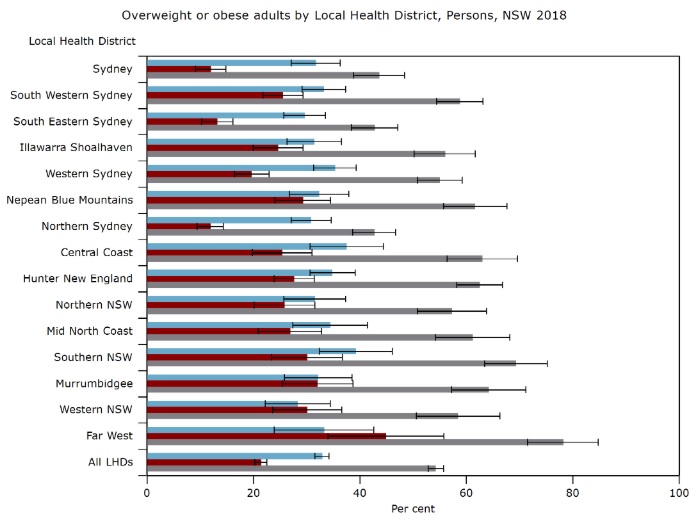 The HealthStat NSW data also showed slightly more males than females were considered overweight or obese in the area.

To be considered overweight by most standard health practices is to have a Body Mass Index (BMI) higher than 30, and if a person has a BMI higher than 35 they are considered obese. The BMI scale was used to classify participants as either a good weight, overweight or obese.

Ms Thackray said one size does not fit all when it comes to weight management.

“I practice a lifestyle approach, there is no one right way. Everyone is different, diets are not the answer, otherwise everyone would know the one diet that worked. I work with people to find a sustainable way to be healthy in the long term,” Ms Thackary said.

With many aspects of life changed due to the coronavirus pandemic, dieticians fear people may be forced into having to make poorer food choices.

“I think COVID19 is making it hard to make healthy choices, clients have found it hard when the usual food choices are not available, or access to shops has been decreased,” Ms Thackray said.

“It takes education to be able to change your healthy choices with others, you need to know how to prepare and combine different foods.

“I also think an increase in social media when we are all at home leads to an increase in misinformation and fads being promoted and those who are trying to make healthy choices can often be misled.”

Obesity is an epidemic in Australia, and costs the tax payer billions in both direct and indirect associated cost and for the moment there is no clear end in sight.