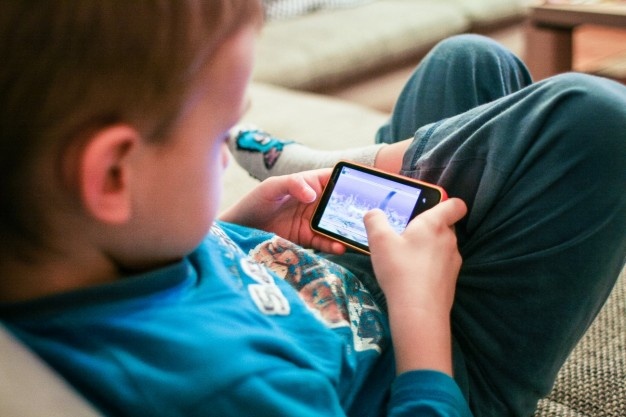 Childhood researchers are concerned the COVID-19 pandemic could have long-term impacts on children’s sleep, physical activity and screen time.

Researchers from 15 countries outlined the impact the pandemic was having on children’s health around the world in a co-authored comment piece published in The Lancet Child and Adolescent Health,

One of these researchers, University of Wollongong Senior Professor Tony Okely said data shows children are spending significantly less time active and outdoors, more time engaged with screens in sedentary behaviour, and are sleeping and waking later because they don’t have to travel to school.

“If we see changes in those behaviours in a negative direction then that will impact upon their health outcomes such as their weight status, their mental health, a lack of vitamin D from staying indoors and myopia from overuse of screens,” Prof. Okely said.

Prof Okely, who developed the Australian 24-hour movement behaviour guidelines for children, said the situation could get worse if physical activity.

Prof Okely said the phased return to school announced by the NSW government could help kids to get active.

“We know that during a school day children are more active compared to a non-school day,” he said.

“The more we can go back to environments and situations as they were prior to this, then that will provide opportunities for children to be active and build more physical activity into their day.”

Mother of two, Danielle Holt said keeping her children active during isolation had been a challenge and they had missed out on their usual physical activities.

“One of my sons would normally do three and a half hours of dancing per week and go to football training twice a week, and now he’s not doing that,” Mrs Holt said.

“Online dancing has been provided but at his age, he just wasn’t engaging in it and was crying not wanting to do it because it was too hard.”

Mrs Holt said her sons were using screens recreationally more often and, as a result, their sleeping habits had changed.

“More than half of their schoolwork has to be done on an iPad and to begin with we were very lenient with their Xbox and gaming because it’s such a unique situation and they were finding it difficult to adjust,” she said.

“But last week we decided we had to get back into a normal routine because it had crept in more than we had expected, and they were staying up later because they didn’t have to get up to go to school.”

Prof. Okely said he would like to use the circumstances to encourage families to make physical activity a permanent part of everyday life.

“We don’t know how long these high-risk behaviours will persist so were particularly keen to try and use this situation as an opportunity to reset initiatives we have to promote physical activity such as councils building better cycleways,” he said.

“We want to change things in our environment to try and ensure that children have a better chance of being active moving forward.”

The comment piece authors created a set of recommendations for governments and parents to ensure children’s health remained a priority in lockdown and beyond.

Childhood researchers from 15 countries are concerned as children have more sedentary behaviours and reduced physical activity during the COVID-19 pandemic. Here’s some ways to tackle this! @UOWTV #uowcreative pic.twitter.com/D8Ti21LpEM