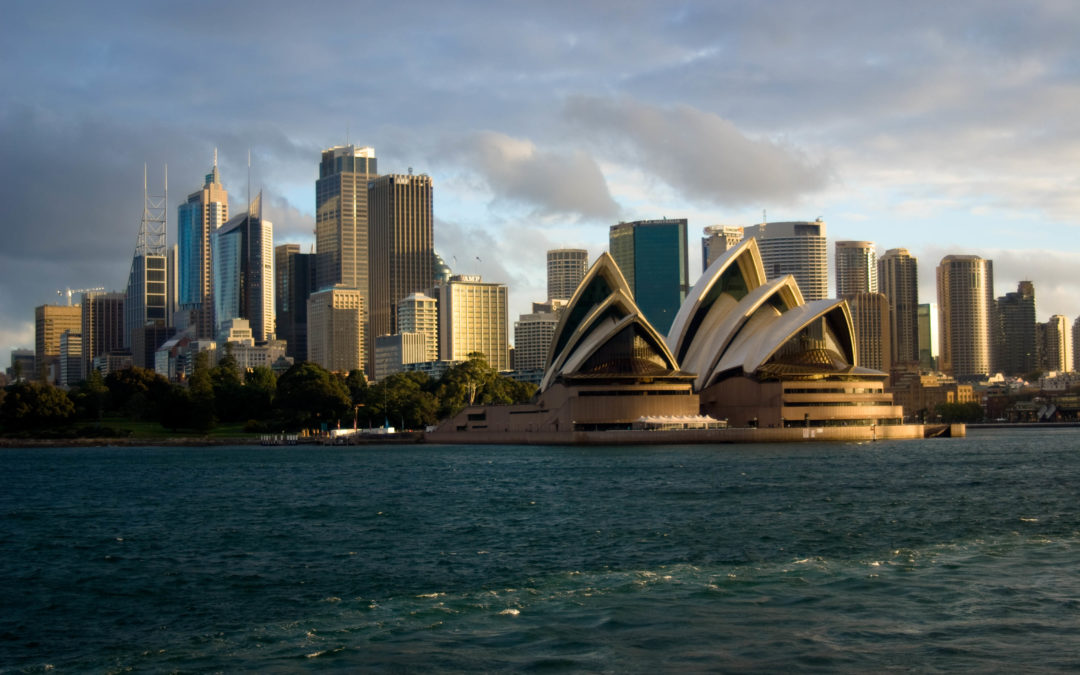 People in Sydney are travelling more than those in Melbourne since lockdown orders began, according to new data released by tech giants, Apple and Google.

Across Melbourne, visitation of parks and beaches has dropped 75 per cent compared to a 48 per cent drop in visits to similar  places by Sydney-siders, Google data shows.

The time-limited release of data used consumer location-enabled devices to illustrate the effectiveness of social distancing in Australia’s biggest cities. 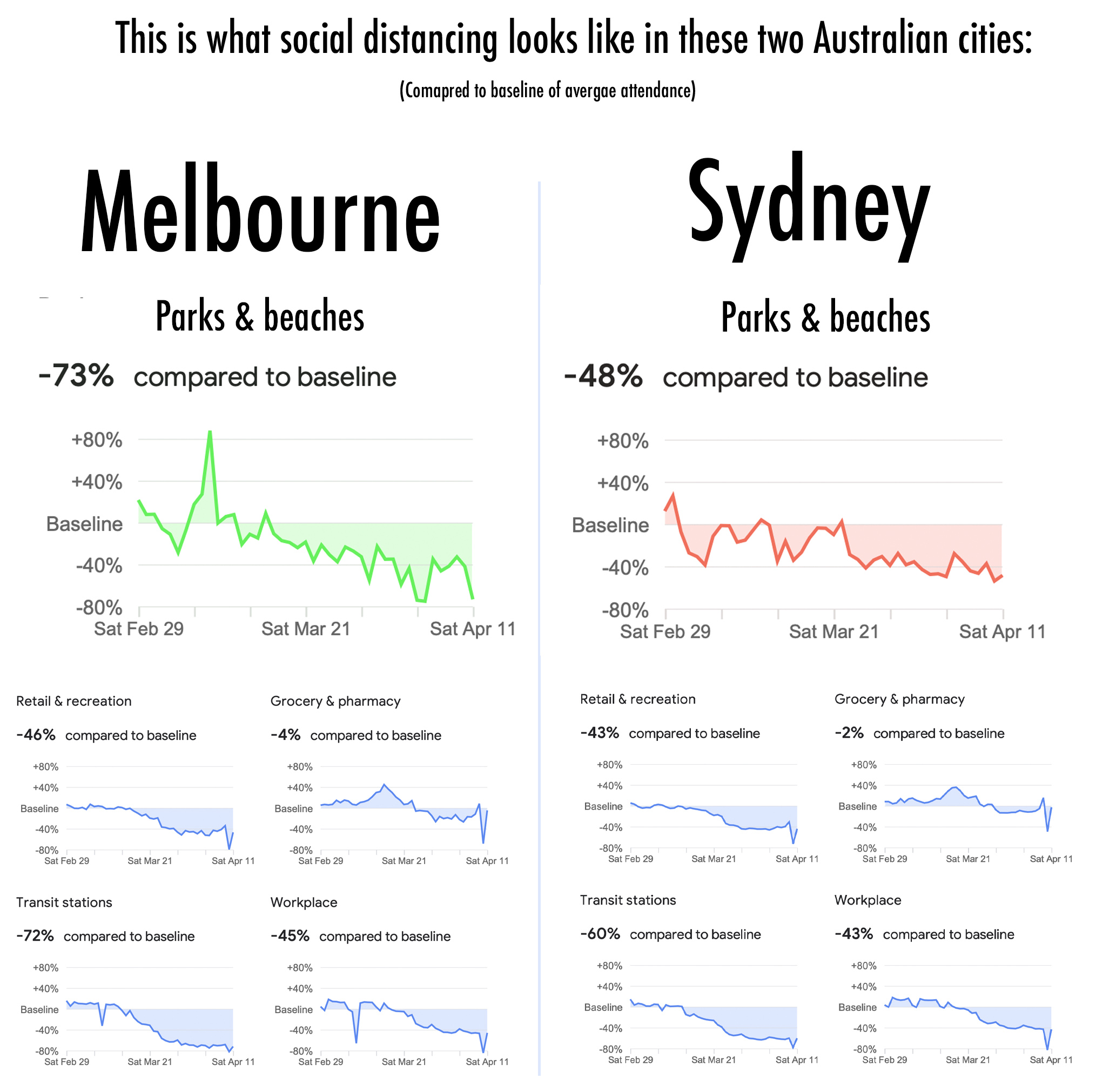 In a statement, Apple said the data could serve as “a foundation for new public policies by showing the change in volume of people driving, walk or taking public transit”.

Australia’s use of Apple Maps has dropped considerably since COVID-19 restrictions in mid-March. Across the country, transit fell by 78%, walking was down 54%, and driving declined by 47%.

The release of mobility data has sparked privacy concerns. Apple and Google have emphasised the data does not link with a user’s Apple ID or google account.

“Data collected by Maps, like search terms, navigation routing, and traffic information, is associated with random, rotating identifies that continually reset, so Apple doesn’t have a profile of your movements and searches,” Apple said.

Apple’s release of mobility data follows its announcement it is working with Google on Bluetooth COVID-19 tracing capabilities, which are anticipated to be used by governments and health agencies around the world.

“To me it looks like many parts of the world are tracking in a direction toward the system in China of coordinated network of social control imposed by government and business,” University of Wollongong communications and media lecturer Travis Wall said.

“I don’t think this is something new happening but more so just changing the salience of the merging of governments and businesses into this oligarchy structure that has been happening for decades. It is just becoming more visible now. Plus there is an opportunity to frame it as positive to people.”

The data release comes as the Australian government prepares to release its coronavirus tracing app. It’s expected the the app will trace people’s movements and identify if a user has come into contact with someone diagnosed as having COVID-19.