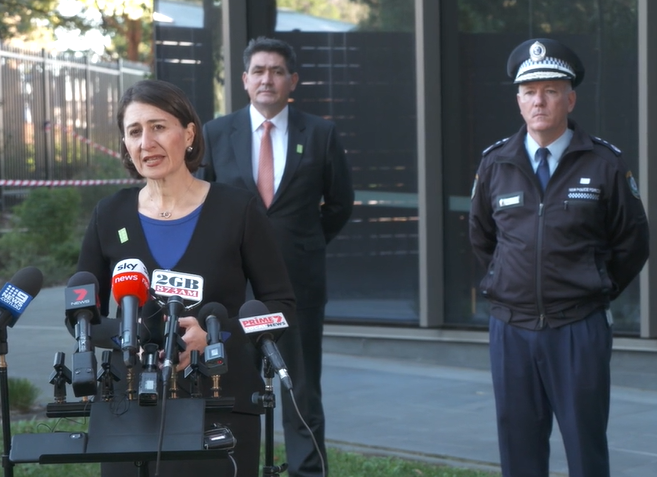 ANZAC Day commemorations have been cancelled for the first time since World War II due to social distancing measures in the battle against COVID-19.

On April 25, 2020, a day which is usually rich in tradition, packed dawn services, marches, and congregations at RSL clubs cannot go ahead. NSW Premier Gladys Berejiklian has called on Australians to still remember the ANZACs.

Mr Lee said the NSW government, in conjunction with RSL NSW, would hold a service at the ANZAC memorial in Hyde Park, Sydney, where the NSW Governor Margaret Beazley would lay a wreath.

“For me, personally, you don’t march for the honour or the glory, it’s so people that want to can say thank you for the sacrifices,” he said.

Now a police officer and a NSW RFS volunteer firefighter, Mr Scott said he was disappointed he wouldn’t be able to sit and have a beer with his comrades.

“There is a group of us that catch up and we only see each other once a year,” he said.

“We’ll make up for it another time.”

Video: RSL Queensland posted a video to showcase a way Australians could pay their respects this ANZAC day, which has seen the hashtag #LightUpTheDawn gain momentum on social media.

New Zealand have also adopted a hashtag #StandAtDawn, to implore their citizens to remember their ANZACs despite tough social distancing measures in place across New Zealand.

NSW Premier Gladys Berejiklian: We know this year will be a very different ANZAC Day. But I think more than ever, all of us will come to contemplate and appreciate what our ANZACs did in 1915, and what ANZAC Day represents. @UOWTV #AnzacDay2020 #COVID19au #uowcreative

The ABC will broadcast National Commemorative Service live from 5.30am this Saturday.