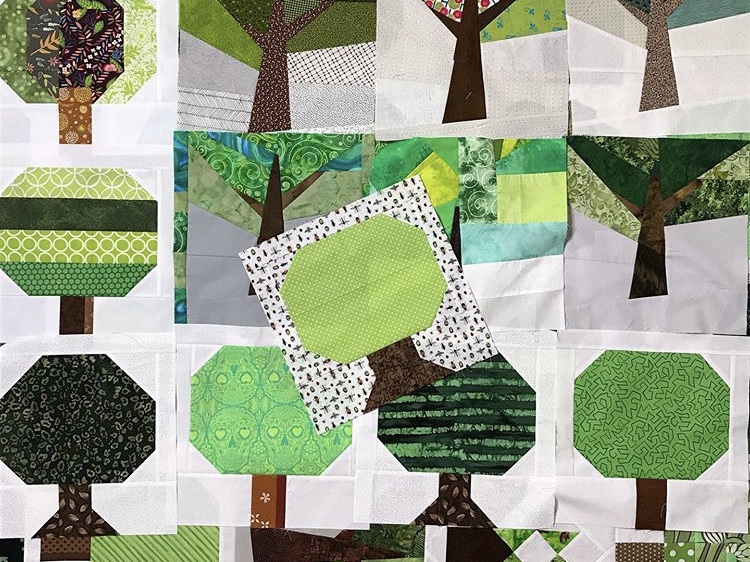 A local quilting group is calling on the community to support their ongoing efforts to create quilts for people affected by the Black Summer bushfires.

Members of the Wollongong Modern Quilt Guild began the ‘bushfireblocks – Quilts for Australia’ campaign in January and have spent the past three months producing handmade quilts for bushfire victims across the country.

Guild member, Fiona, said the group was inspired to help after they watched bushfires tear through communities on the NSW south coast earlier this year.

“We felt the need to do something, so we put a call out for people to create tree-inspired quilting blocks which we then put together. We’re trying our hardest to get it done. The only thing that will stop us now is money,” Fiona said.

After exhausting its budget, the not-for-profit group has started a GoFundMe page to fundraise for quilting supplies.

“[The money raised] is going directly towards all the materials that we need like batting and binding fabric. Now with COVID-19 we’ve also got to pay for postage whereas before we’d transport the quilts ourselves.” Fiona said.

What started as a local project has now gone global, with quilters from more than 30 countries contributing to the cause.

“It’s gone international and we’ve now received over 15,000 quilting blocks which will make about 800 quilts all up,” Fiona said.

“A lot of the blocks came from the Modern Quilt Show in Austin [USA] and they’ve since been sent to Brisbane, Adelaide, Melbourne and Sydney and those four guilds are helping us piece them together. We’re completely humbled by the response.”

The guild is working with councils across fire-affected regions to finalise distribution details, and it aims to have all quilts finished and delivered by Christmas.

Recovery efforts are continuing in bushfire-affected communities as Australia’s fire season draws to an end.

The Black Summer fires claimed 33 lives, destroyed thousands of homes and burnt through more than 10 million hectares of land.

Commission chairman, Retired Air Chief Marshall Mark Binskin said the bushfires would have a lasting impact on the lives of many Australians.

“The pervasive smoke haunting our towns and cities, the red skies turning black, the thunderous roar and thick smoke that accompanied the wall of flames and the utter devastation,” he said during the online hearing.

The six-month inquiry will look at the government’s preparedness for, response to, and recovery from natural disasters.

Findings are expected to be handed down before the start of the next bushfire season.

The Wollongong Modern Quilt Guild is calling on the community to support their ongoing efforts in creating quilts for victims of the Black Summer bushfires.