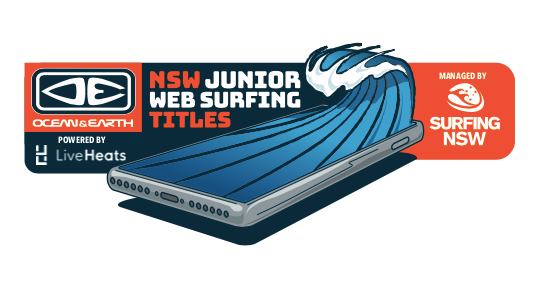 Surfing NSW had to cancel or postpone many of their events as part of nationwide measures to limit the spread of the coronavirus.

He said the NSW Junior Web Titles were a new and innovative, and completely online surfing competition. The competition will run between 4-10 May, and will be powered online by Live Heats.

“Competitors are to upload two clips of their two best surfed waves in NSW in 2020. Accredited judges will be scoring each wave out of 10,” Killorn said.

“A competitors two wave total will determine their ranking and place.”

The online event will be for any NSW junior surfer in an Under 18, Under 16, Under 14 or Under 12 age group. Judging will be separate for each divisions.

While there are many restrictions put in place around Australia to prevent the spread of COVID-19, surfing and going to the beach is still allowed in some areas.

“We believe the NSW Junior Web Surfing Titles is an important event to hold during this time as it keeps our competitors engaged and entertained while the world is in an unfortunate situation,” Killorn said.

The event has come at the right time for 14-year-old Kiama surfer Cooper Collinge.

“It is a really good idea because we can’t gather to do a surfing contest,” Collinge said.

“I think it’s really important to keep the NSW titles running through every year, whether it’s an online or regular contest.”

Collinge plans to submit the best two waves he can because NSW has plenty of good surfers and places to surf.

“I also think it will be hard to judge … everywhere across New South Wales has different types of waves, so it will be more of who can find the best waves to surf and capture that,” he said.

“I will include the videos that have the most advanced manoeuvres and also me doing the strongest surfing that I’ve captured.”

Winners for the NSW Junior Web Surfing Titles will be announced on Monday, 11 May live on the Surfing NSW Facebook.