This man wants you to donate your toilet rolls 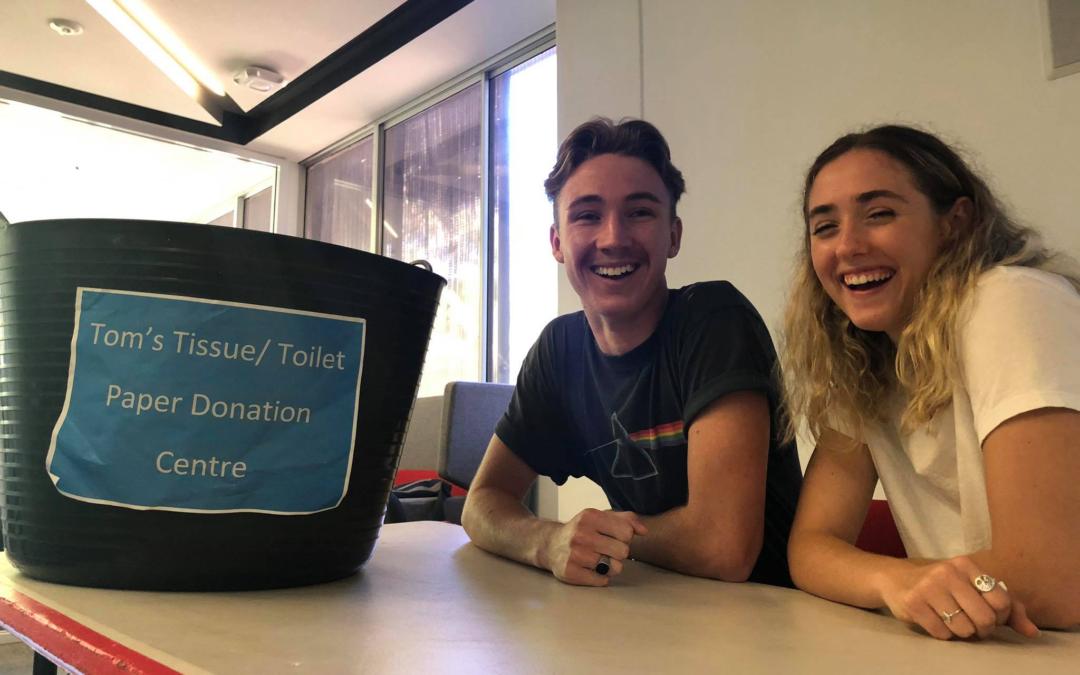 A University of Wollongong student has created a pop-up ‘donation centre’ for toilet rolls.

Tom Davis has received hundreds of donations after he made a call on Facebook for toilet rolls for people missing out due to the nation’s bulk-buy frenzy.

“I started it because I saw an elder gentleman being declined from buying serviettes when he was trying to buy them to use as toilet paper,” Mr Davis said.

“He’s a person that’s disadvantaged in our community, more likely to get affected by the virus.”

Get around this: We’re talking to Tom Davis, who is taking toilet paper donations on UOW: campus for those who need them. River McCrossen is chatting with Tom. #uowcreative UOW Students

Mr Davis hopes to run a donation stall throughout the week on UOW campus.

“I haven’t received as many rolls as expected, which is disappointing. I received two thousand likes on Facebook,” Mr Davis said.

“And so far we’ve only received 50 to 60 rolls. I’ve been told I’d get more rolls but they just haven’t come.

“If 50 people dropped in one roll, that’s 50 rolls, and ultimately if we get two rolls out that helps 25 people that are in need.”