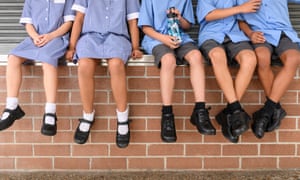 Local parents and teachers in the Illawarra are concerned schools remain open after the government announced a ban on all non-essential gatherings over 100 people to help combat the spread of COVID-19.

Prime Minister Scott Morrison said this morning schools would remain open for now based on advice from the government’s health experts.

“There is only one reason your kids shouldn’t be going to school and that is if they are unwell. As parents, you are in the best position to know if your children are unwell. Don’t leave it to the teacher to work that out when they arrive,” he said.

One parent said her children were sent home from school even though she presented medical evidence they were perfectly well.

Kelly Hogan, from Dapto, said her daughters started showing flu-like symptoms a couple of days ago and took them to the doctors to be tested.

“It turned out that they were allergic to our cats. I got the doctor to sign a clearance form stating that it wasn’t coronavirus and that they weren’t contagious. I gave this to the school and they still sent them home for the rest of the week,” Ms Hogan said.

“We’re coming into flu season, there’s going to be kids at school with flu-like symptoms. If they’re just going to send them home, why not just shut the schools?”

Precautionary measures have been put in place in schools, including staggered break times, a ban on school assemblies and excursions. Social distancing is also being practised.

University of Wollongong education lecturer Dr Paul Kidson said it was impossible to effectively implement some of the processes.

“I was a school principal for 11 years. You can keep people 1.5 meters away from each other when they’re outside, but in a standard-sized classroom with 30 people in a fairly confined spot, you’re working counter to that advice,” Dr Kidson said.

“Schools are very human-intense communities, and I think it’s going to be a matter of time until it becomes intangible to keep them open.”