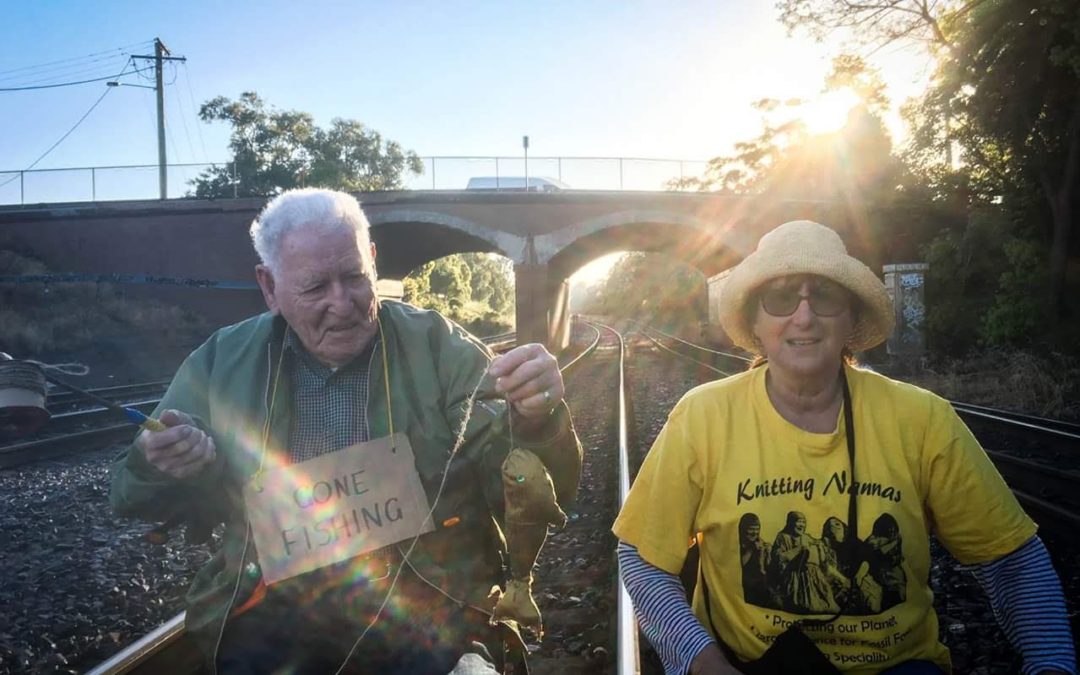 “He got nicknamed the ‘spiritual leader,’ which he thought was funny,” Mr Ryan said.

“More people have gotten involved in the movement, and done more things that they wouldn’t have imagined themselves before, through seeing him do it.”

Friend and fellow activist Peter Donley, said Mr Ryan was a “mentor” to him.

“He motivated me to get out of my hole and make a stand for what I believed in,” Mr Donley said.

“He’s left a great hole in people’s lives through his determination to make a stand at his age.

“He was in some of the most remote places being arrested.”

Born during the Great Depression, Mr Ryan protested against the Vietnam War and became involved in climate activism towards the end of his life. He was arrested in 2018 for blocking railways used by coal freights in Newcastle.

“I will be gone by the time climate change is in full swing, but I am taking action for my grandchildren, great grandchildren and all future generations,” Mr Ryan said at the time.

Mr Ryan was protesting in Sydney’s Martin Place the Friday before he passed away.