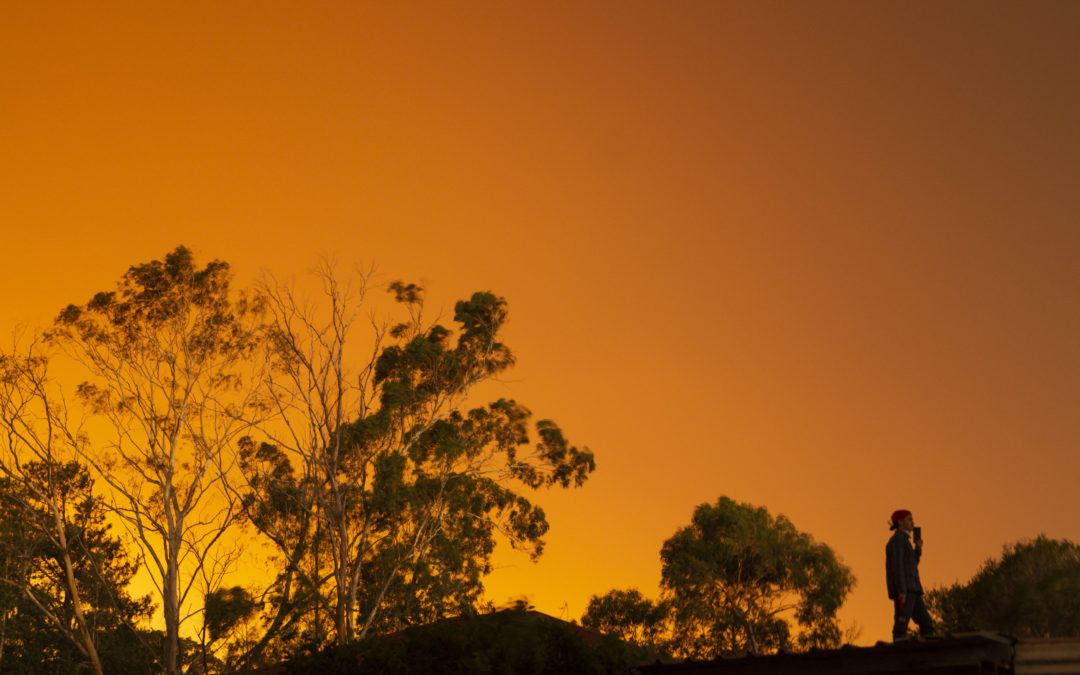 “Through December 2019 and January 2020, the Currowan and Tianjara bushfires threatened our family home near Sussex Inlet on the South Coast of New South Wales.
Through these images, my intention has been to capture the personal emotion of the event and also the awesome nature and power of the primal force that the bushfire was.
The sky changed, the air changed, the landscape has changed; and we have changed. I say with some reverence, ‘We stared down the throat of the beast’.” – Michael Williams, UOW photography student 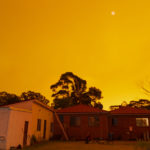 For weeks our family waited for the bushfires to come. Always on alert and with our bushfire survival plan in place, we awaited the arrival of the Beast. As it came within a few kilometres of our property, the sky changed to shades of yellow, orange, red and brown before the inevitable darkness settled on us. 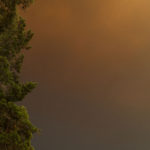 Big fires make weather systems around them. From the outside, you can see the massive storm clouds rising thousands of metres into the sky. From the inside, there is a surreal light that gives the impression of reality being superimposed on itself. It was a devastation beauty that made me pause and take stock for a moment. 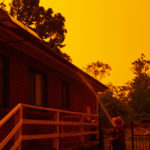 Our plan to ‘Stay and Defend’ our home meant shifts of watching, advising, preparing our house, and preparing a ‘place of last resort’ if it was needed (it was). The physical and mental energy it took was enormous and it took some time for us all to recover. 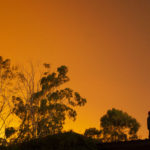 We remained vigilant, tracking the progress of the firefront as it developed across November and December. Strong westerly winds were blown away by even stronger southerly busters. 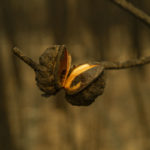 The fires have had at least one positive effect. Within hours of the firefront passing us, the seed pods of Hakeas and Banksias had opened, releasing the hope for the next generation and beginning a new chapter in the life of our area. 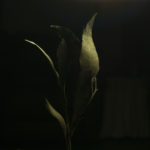 This is not a trophy, but homage to the losses our forest has endured. For as much as it has suffered lost and died, our forests are stoic and the path to recovery started almost immediately. 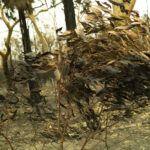 It was not only the animals that were overrun by the heat and the ferocity of the fire. In the extreme winds of the firefront, plants that were not burnt had all of the moisture forced out of them and died with their leaves frozen in the direction of the fire. 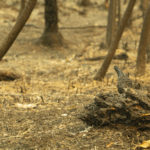 We will never know the extent of the loss of local wildlife, from insects and grubs to kangaroos, koalas, ducks and cockatoos. They stood no chance, simply could not escape. I want to pay my respects to the enormous tragedy that is the loss of our fauna. 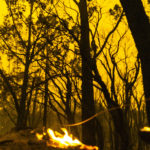 Our house and animals were safe, but our forest and fence-lines were destroyed. The scale of the tragedy was, and still is, immense. Fires were still burning a fortnight after the front passed through and trees ignited from underground when we though the immediate threat had gone. 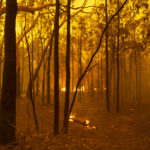 The sound of an approaching bushfire is all its own. Something like a train, but a bit deeper and, at least on this occasion, accompanied by the regular BOOM of exploding trees. The magnitude of the ember attack on us left us no option but to retreat to our place of last resort. When we emerged an hour later, the scene was beyond my imagination. 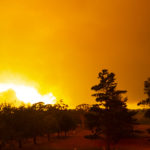 On New Year’s Eve 2019, the Currowan bushfire spotted half a dozen smaller fires to the south of us. When the wind changed and another southerly buster hit, we knew full well we were about to cop it big time. We were staring down the throat of the Beast.