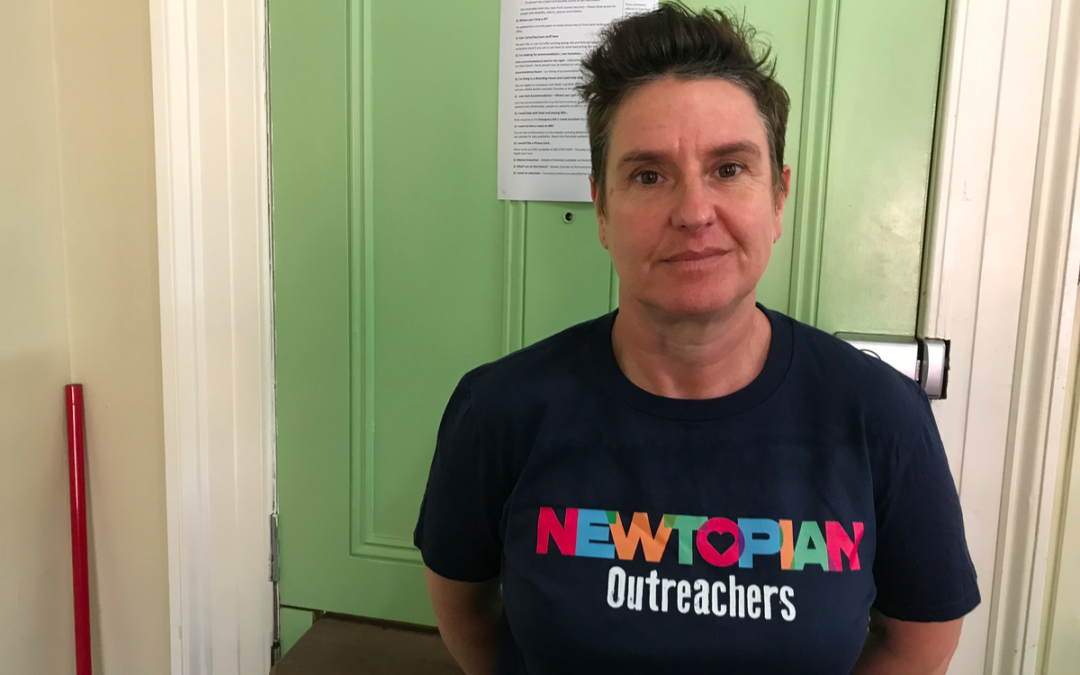 Inner West residents are increasingly at risk of homelessness, with the number of people affected growing each year.

The Inner West Council has conducted a yearly street count since 2016, where staff and volunteers from various organisations patrol the homeless ‘hot spots’ and record the number of people sleeping rough.

“It’s becoming an increasing problem here and it didn’t have an adequate response, that’s why we’ve mobilised, and we’re hoping this year we’ll see a decrease,” Ms Hunter said.

With the rising number of homeless people in the Inner West, the NNC joined the Multi-Agency Homeless Outreach  that patrols the streets to engage with rough sleepers and offer them resources and case management.

“It’s just initial engagement, and if they want to do something about their situation, we can offer them temporary accommodation straight away through housing,” Ms Hunter said.

“The condition is that they agree to do case management with one of the organisations, and then they will be helped to fill out their housing applications.”

She said the annual street count only scratches the surface of the issue, with many more people suffering from secondary and tertiary homelessness.

“Street homelessness is only 7% of the total,” Ms Hunter said.

“It gets a lot more press and they have more resources because it’s more visible and more of an embarrassment to the government.”

Julie Harrison is the CEO of Metro Housing, a small, government-funded community housing provider, that finds affordable, secure accommodation for people in the Inner West.

“When people go on the housing register, they’re assessed as either housing general or housing priority,” Ms Harrison said.

“Housing priority is looking at people who are at risk in their current accommodation, who are sleeping rough, or have significant medical disabilities.

“But, even for that category of people, the waiting time could be, depending on the area, anywhere between 1 to 4 years.”

Ms Harrison has worked for Metro Housing for 14 years and said there are often misconceptions about homeless people.

“It often appears that there are more homeless men, because they are more visible,” Ms Harrison said.

“Whereas, for women it’s more hidden because women don’t feel as safe, and they are certainly not as safe sleeping rough.

An organisation started by just one man in 2012, is helping to feed Sydney’s homeless.

Will2Live is a not-for-profit charity providing food, water, clothes and other necessities to those in need.

If people in the community would like to help, they can find more information at https://www.will2live.org.au, https://newtowncentre.org, http://metrohousing.org.au and https://www.innerwest.nsw.gov.au/live/community-well-being/homelessness