Alec Hall is proposing up to two per cent of the Student Services and Amenities Fee (SSAF) to be set aside for the union.

“I think it’s really important that WUSA gets SAFF funding in the next year so that we can do the things that a union needs to do to serve the students of UOW,” Hall said.

“At the moment, I’d say that we’d love anything around one per cent to two per cent.

“A small amount considering that WUSA hasn’t had SSAF funding in the past.

“It’s just a long process of negotiations with the university, so it ultimately depends on what they are comfortable giving us.”

Hall said WUSA would focus its spending on student services, including free lab coats and goggle rentals for science students, and a subsidy for Responsible Service of Alcohol courses.

“And on top of that, continuing the campaigning we’ve been doing this year such as the climate strike, refugee rights, wage theft,” Hall said.

SSAF is a federally mandated university fee used to fund non-academic services. Over $6 million in SSAF was allocated in 2018.

“It goes for things that students want, the purpose of the union is to provide that. Not just services but, but to fund the campaigns around progressive issues like fighting against racism.”

The calls for more WUSA funding come just days after the election was declared for the WUSA council.

The left-wing coalition led by Mr Hall picked up 14 of the 16 seats on the council, comfortably defeating the Young Liberals, led YES! for WUSA. 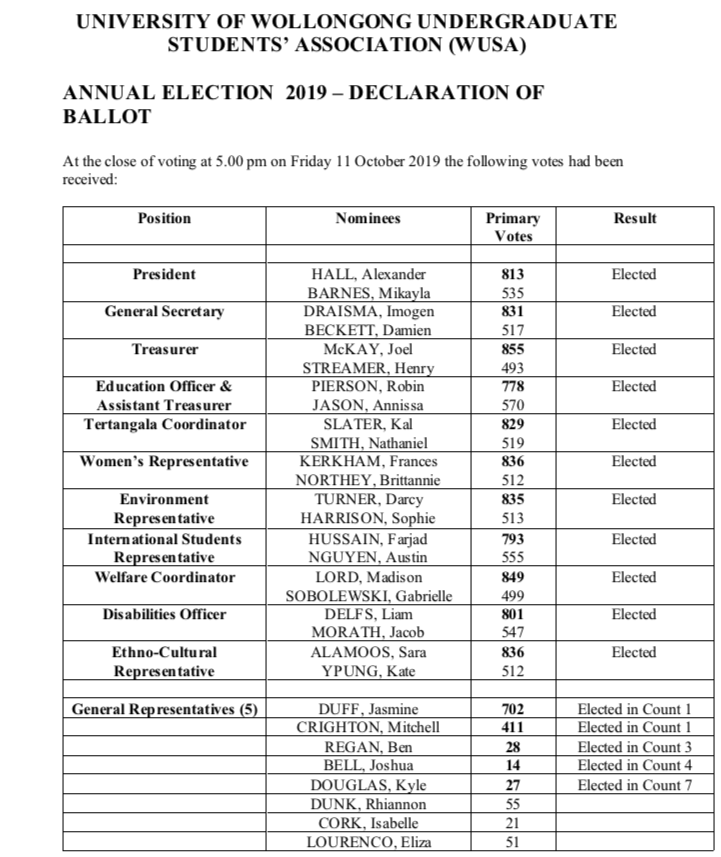 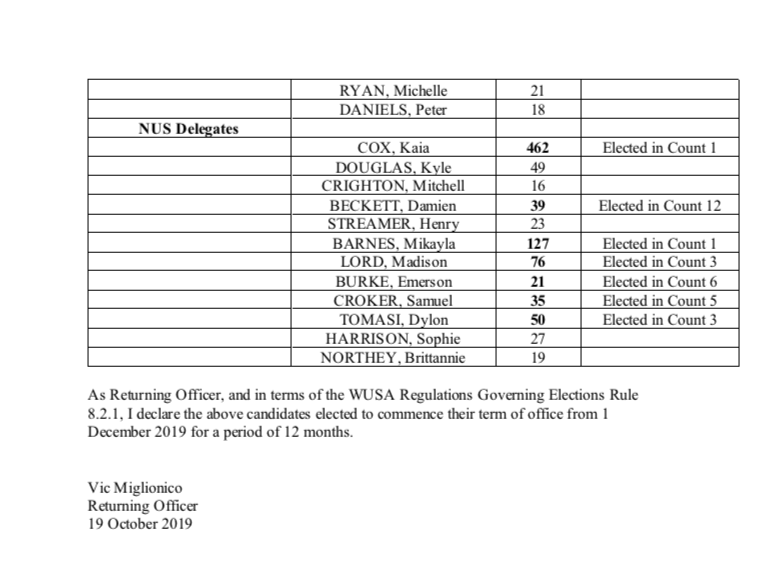