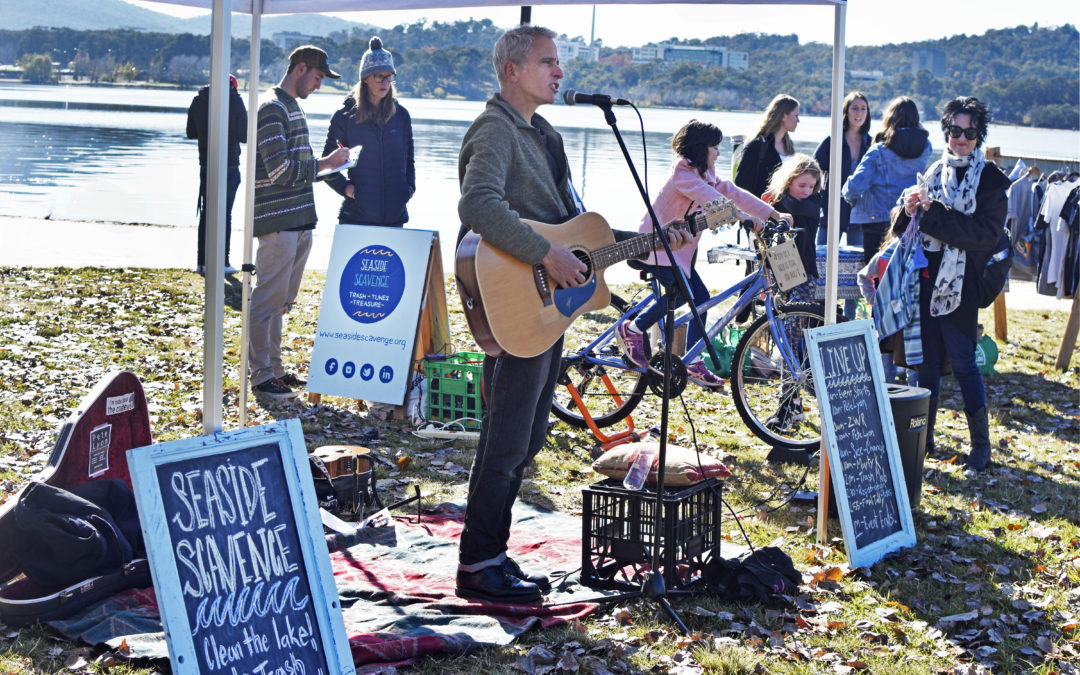 Canberrans traded trash for treasure at a Lakeside Scavenge event, combatting pollution and textile waste to save the planet.

The event was located at Bowen Park beside Lake Burley Griffin, in conjunction with the World Environment Day weekend in June.

Event coordinator, Josh Holliday said that the aim was to increase the community’s responsibility in regards to litter, with the goal of keeping Australia’s waterways clean.

“We’re trying to raise awareness about single use plastic pollution, as well as teaching people about the waste involved in the fashion industry,” Mr Holliday said.

“The main idea is for people to pick up rubbish from the waterway, sort it into recyclables and non-recyclables, and in return they receive ‘trash tokens’.

“These tokens are litter currency, which can then be used to buy items in the market stall of donated second-hand clothing and goods.”

This concept of litter currency is unique, and has proved highly successful in engaging communities since the event’s origin.

Seaside Scavenge was created as a registered charity in 2015, with the first event was held at Coogee Beach.

Since then, the organisation has hosted over 50 markets across Australia, and collected 10,157kg of litter from waterways and oceans.

The organisation also runs programs such as a waste consultancy, in which they partner with local businesses to replace single-use products with reusable or biodegradable items and suppliers.

Common items such as plastic straws, cutlery and coffee cups are among the top items targeted.

The markets are also a chance for related charities, companies and community groups like SEE-Change and Trash Mob to reach out to residents and promote sustainable living.

Each market is held bi-monthly and varies in location, with recent events held in London and South Africa.

Seaside Scavenge hopes to return to the ACT next year.