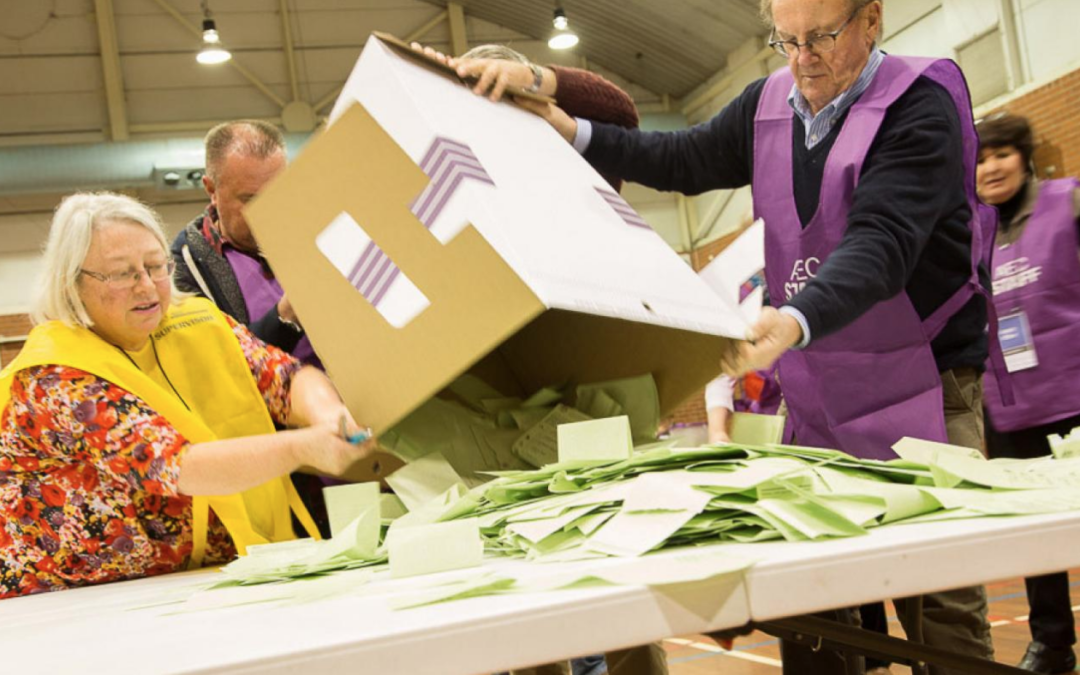 Labor continues to hold a lead in the final opinion polls of the federal election campaign.

The Newspoll published this morning gives the ALP a 51.5 – 48.5 lead on a two-party preferred basis. Labor’s primary vote is steady at 37 per cent, with the Coalition narrowly ahead at 38 per cent.

But the final Ipsos poll suggests the swing to Labor may not be uniform. The ALP is in line to make significant gains in Queensland, but less so in New South Wales.

This is why there are certain seats to look out for in understanding which side has the edge as the votes are being counted. With that in mind, here are 13 seats that will be crucial to determining the outcome.

Gilmore (LIB 0.7%): Labor hasn’t held this seat in over 20 years, but Fiona Phillips came within 1,500 votes of victory in 2016. She enters the contest this year as the favourite, and may be helped by a fractured conservative vote. This is a must win for Labor.

Lindsay (ALP 1.1%): A former bellwether seat that often predicted government, Lindsay in Western Sydney went the way of Labor in 2016. But the sitting MP Emma Husar ran into trouble in her first term of parliament, and was dis-endorsed by her party. The Coalition is confident it can reclaim it off the back of Labor’s woes.

Robertson (LIB 1.1%): At every election since 1983, this Central Coast seat has gone the way of government. The area around Gosford is often a strong area for Labor.

Warringah (LIB 11.1% vs. IND): The big prize that progressives are hoping to take is former Prime Minister Tony Abbott. Liberal supporters privately fear Abbott is done for, but the 28th PM has plenty of rusted-on supporters that will fight to keep him in the job.

Herbert (ALP 0.02%): The closest seat in the country; Labor scraped home by a mere 37 votes in 2016. The entrance of a revitalised United Australia Party, as well as Bob Katter’s Party and One Nation, may help the Coalition in terms of preference flow. A seat the Coalition must win to have a decent chance at re-election.

Forde (LIB 0.6%): One of a swag of Queensland seats Labor picked up in 2007, but subsequently lost in 2010. Labor will have it firmly in its sights, but the Coalition has attempted to sandbag as much as possible.

Dickson (LIB 1.7%): Another big prize for progressives would be the loss of Home Affairs Minister, Peter Dutton. He narrowly clung onto his seat in Labor’s last big win in 2007, but GetUp! has poured huge resources into the contest. Dutton remains personally popular in the area, so if he falls, it could spell trouble for the government.

Chisholm (LIB 2.9%): This Eastern Melbourne seat was the only one the Coalition picked up in 2016, against the overall swing. With the departure of sitting MP Julia Banks to run in nearby Flinders, Labor believes it can capitalise on the lack of an incumbent.

La Trobe (LIB 3.2%): A Labor victory here would be a sign that the government is under serious pressure in Victoria. La Trobe has a lower-than-average Labor vote compared to the rest of the state, and was last won by Labor in 2010, with Julia Gillard’s stratospheric approval in the state.

Higgins (LIB 7.6% vs GRN): Some of the wealthiest postcodes in the country are found in Higgins, including the famous 3142. Traditionally a safe Liberal seat, the Greens pose a serious threat given the government’s perceived lacklustre action on climate change, and the retirement of Liberal MP Kelly O’Dwyer.

Hasluck (LIB 2.1%): Labor made gains in WA in 2016, picking up two seats. If a similar swing occurs this time, Hasluck, held by Ken Wyatt, the first Indigenous lower house MP, should be the first one to fall.

Swan (LIB 3.6%): Taking in the southern suburbs of Perth, the Labor vote in Swan is close to average for WA. The Prime Minister made a fleeting visit there this week, suggesting the Coalition is concerned about their prospects.

Keep an eye on: Pearce, Stirling

Braddon (ALP 1.7%): A significant swing to Labor in 2016 left the Coalition without a single seat in Tasmania. Labor may be worried by the absence of a popular local independent candidate who helped get Justine Keay over the line in the dual citizenship by-election last year.