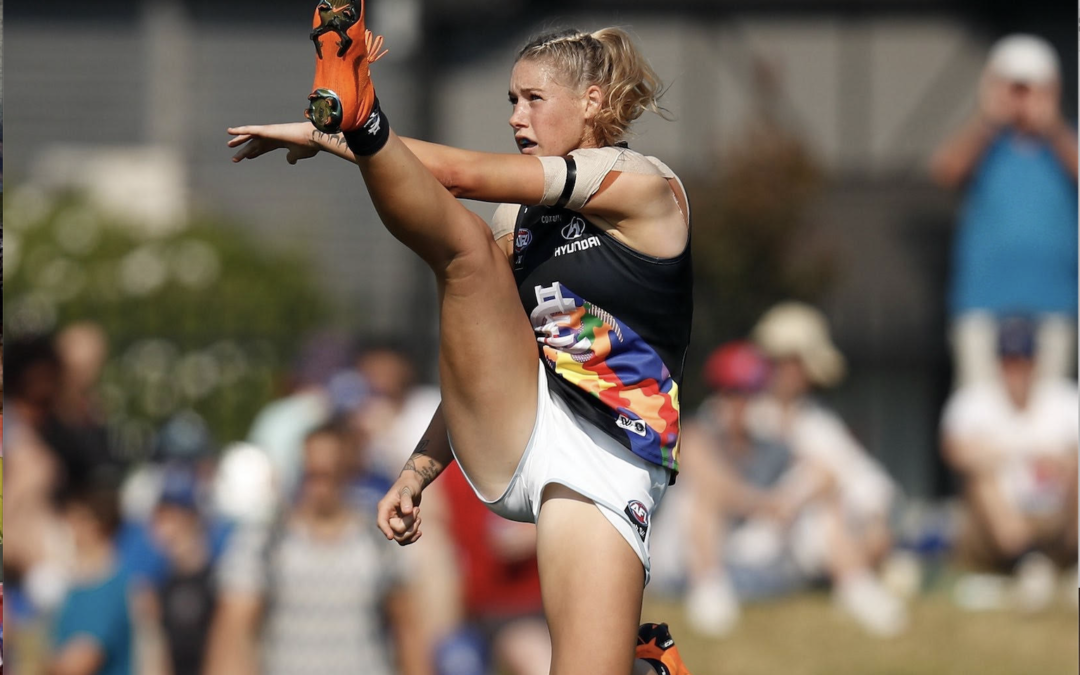 A photograph of AFLW player Tayla Harris is back in the spotlight after being named a finalist in the inaugural Women in Sport Photo Action Awards (WISPAA).

The photo, taken in March by Michael Wilson, is among 15 chosen to represent the height of photography in female sport.

The action shot was labelled iconic by the AFL after Harris took down online trolls and stood up for women in sport.

Local freelance photographer and University of Wollongong lecturer Anna Warr said the photos send a message to young women that sport is no longer a place just for men.

“I think the more they see images like this it just normalises the fact that they can play sport at a high level and play well,” Ms Warr said.

“For a long time, there’s just been so many pictures of males playing sport, and not really any pictures of women playing at a high level, so I think it’s important to try to balance that out.”

Created by national advocacy body Women Sport Australia, WISPAA aims to showcase the best of Australian women’s sport, in the amateur and professional categories. Creator of WISPAA and one of the four judges on the award’s panel, Louise Evans said the final 15 photographs in each category take the viewer beyond gender and to the core of the athlete portrayed.

AFLW is just one of the sports in focus for WISPAA, as shots from basketball, gymnastics, netball, rugby and more have all secured a place as finalists. Athletes portrayed in the photographs include Ash Barty, Sam Kerr and Lisa Da Vanna, and they display the dynamic range of sportswomen in Australia.

The winners will be announced on May 30.